Rene Pfitzner felt like he was flying in the dark.

It was his first-ever Kickstarter campaign, and there were a lot of unknowns. But he’d methodically worked his way through the ComixLaunch Course and felt like he had a solid plan in place.

Now it was time to put it into action.

Should I Post My Comic For Free On The Web?

Rene knew that in crowdfunding, the crowd brings the funds, but YOU have to bring the crowd.

He had been following the YouTube channel of creator Jason Brubaker (reMIND, Sithrah), a Kickstarter veteran who recommends building an audience by posting your comic for free online. A quick check of the most funded comics Kickstarters of all time reveals that—yes, posting for free online helps.

There he updated his comic regularly, so his audience would know exactly when to expect it—and that he was a creator who could be relied upon.

“Every week- one page a week. I schedule this in Wordpress months in advance, so it’s not stressful for me. I actually have a 1-year buffer, so I’ve already made the pages I’ll be posting in a year’s time (my next graphic novel).”

A meticulous planner, Rene posted his comic online for three years before launch.

“I planned it so I would be posting the last pages of the story as the  Kickstarter was live.”

With the audience for “Sneaky Goblins” pumped and ready to go, Rene was ready to launch.

He just needed to do one more thing. 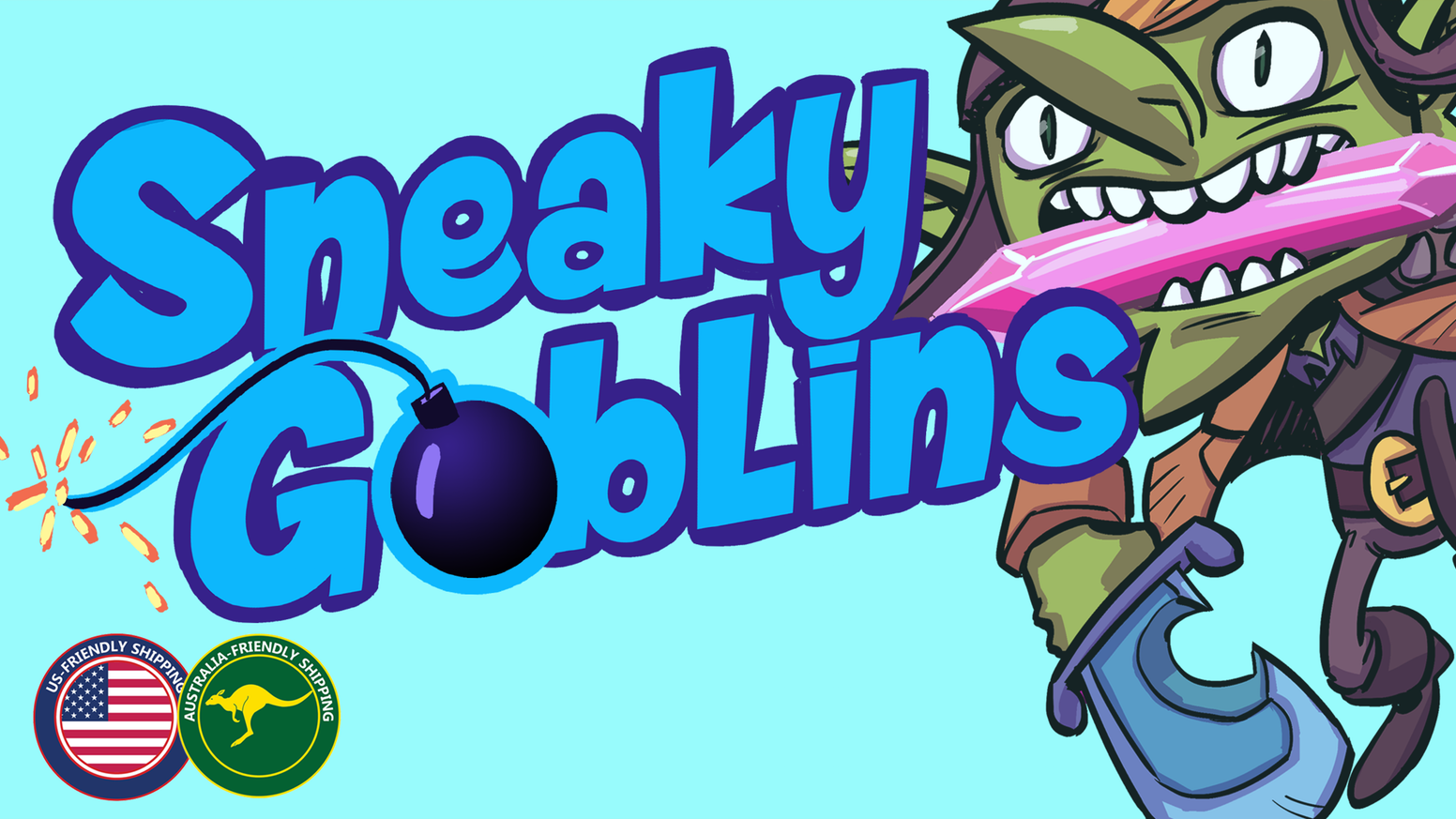 How to Have a Big First Day on Kickstarter

There’s an age-old question: if a tree falls in the forest, and no one is around to hear it, does it make a sound?

Rene: “A friend of mine launched a Kickstarter once, and I didn’t even know about it until half-way through! I didn’t want that to happen to my campaign. So I made sure that everyone in my reach knew about the project and what it meant to me. So if they were inclined to back, they were ready to do that when I launched.”

Because launch day is so critical to the long-term success of a Kickstarter campaign, Rene knew that just having an audience wasn’t enough. He needed guaranteed backers on day one—and a target.

“That was so critical. For my goal amount, I figured I'd need about 50-60 backers on day one to get a good start (20-30% funded), and get on the Kickstarter radar. I sent out an email to everyone I thought/ knew wanted to back me, and asked them if they'd back on day one. Around 50 said yes. Then I emailed them back to remind them when I launched.”

The strategy worked. Rene raised more than $3,000 in his first day, more than some campaigns make over their entire funding period.

The fast start came with other benefits, too.

How Do I Become a ‘Project We Love’ On Kickstarter?

Once his campaign was off and running, things started happening for Rene.

“A webcomic creator whose work I'd been following for a while backed my campaign! This was a huge affirmation and something to brag about on social media. [Also,] a comic collective called Comicadia had been watching me for most of the year, but my strong first week convinced them that I was serious about making and publishing comics. They invited me to join their network, which was a great honour.”

But the most visible benefit—besides the dollar amount—was the little badge now affixed to his campaign.

“I got a 'Project We Love' badge from Kickstarter!”

Rene’s not certain exactly what to thank for that honor, but he has a few ideas.

“It was a total surprise. I had a few comments from people that my page was thorough and professional, and my video was well made. I actually had some help from a friend who’s a professional cameraman and editor! He wanted to shoot a short docco of my landscape painting (one of my hobbies) for his portfolio, and I asked him if he could also do my video. So thankful for his work on that.”

But even with the great first week and the honors that came with it, Rene knew he couldn’t rest on his laurels if he was going to reach his goal.

Once again, he had a plan. 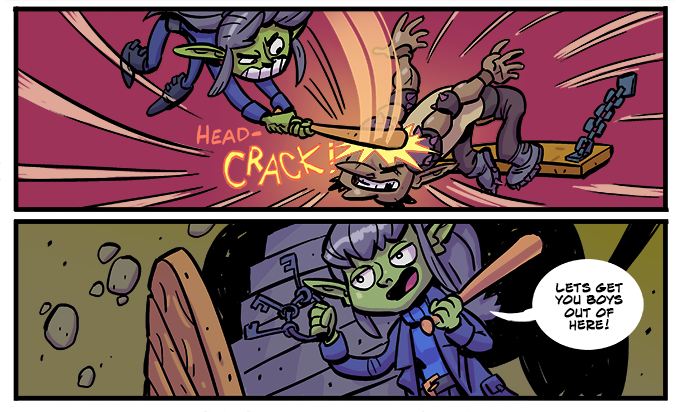 How to Drive Traffic to Your Kickstarter Campaign

Rene knew that in order to keep the momentum going, he needed a steady stream of traffic to his page.

“There were a couple of posts that got a lot of reach: one when I funded, and another post where I announced the last 12 hours. I got a number of backers from those posts.”

He also ran ads on Project Wonderful and Facebook. And in his updates, Rene harnessed the power of social proof to get his audience engaged.

“In my campaign updates, I encouraged existing backers to spread the word. I made some links in Share Link Generator, and showed some screen grabs of people sharing the project on Facebook and Twitter. That got a few more people talking about the Kickstarter.”

Cross promotion with other creators worked for him as well. But as a ComixLaunch Course member, Rene knew the biggest driver of traffic…

“Emails! Keeping people informed about what I was doing was critical. I sent 3 emails the week leading up, and 8 emails during the campaign. There were more unsubscribes than usual, but I did get some pledges every time I sent an email.”

All of Rene’s planning and hard work paid off. 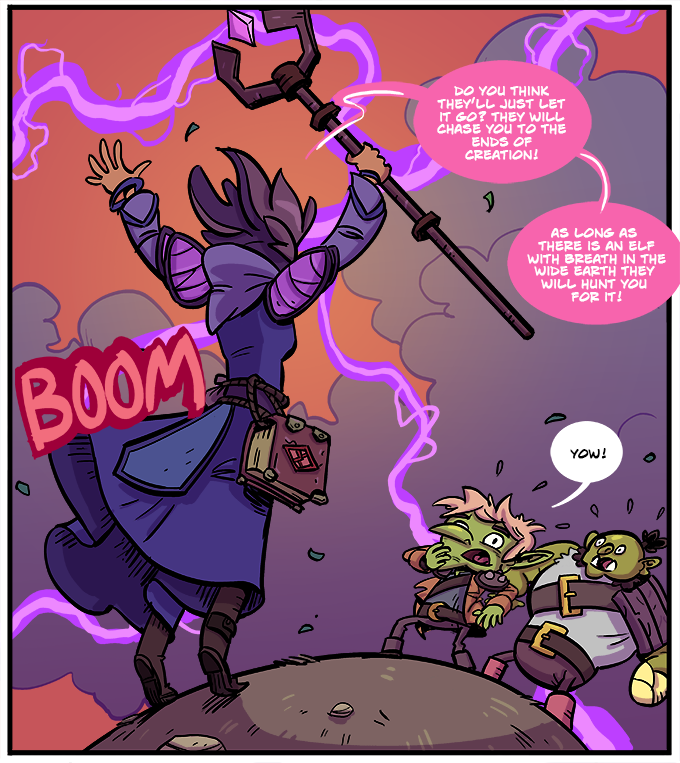 Because he’s such a meticulous planner, everything Rene did took a lot of time and effort. Now he says he could have saved time by scheduling his social media posts in advance. He also didn’t bother getting reviews from comic sites or other media.

“I’d heard people invested time in this and it only works if you have a personal introduction. But I’ll plan this out for my next Kickstarter. With a book under my belt I'll feel more confident about approaching comic review sites.”

But the biggest thing that didn’t go according to plan?

“Some of my tiers were over-priced for my audience. For my next launch I'll do a bit more research on how creators price their higher pledge levels (eg. for original art, variant covers).”

Even with that minor mis-step, Rene’s campaign came in at 154% funded.

Not bad for a first time creator with a higher-than-average goal. 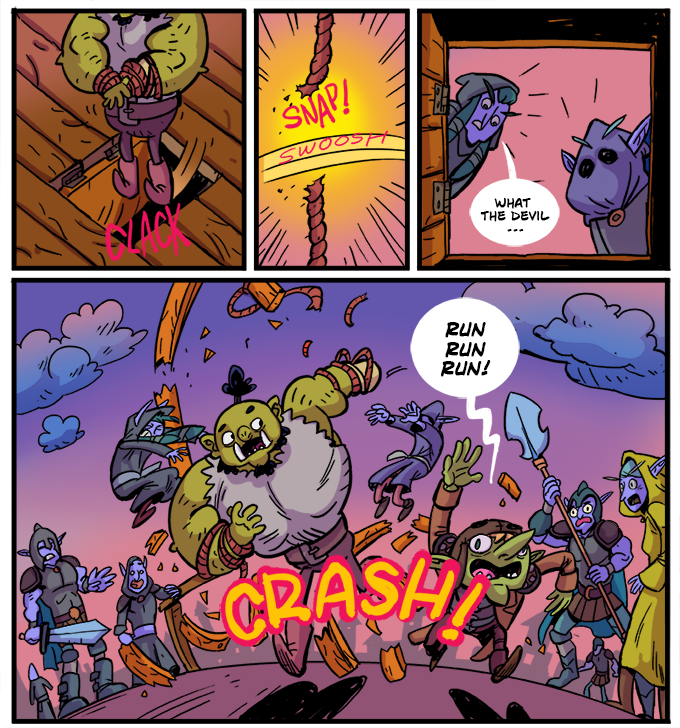 It’s on to fulfillment… and the next book.

“I asked my backers if they'd like to join my email list, and almost all of them did! This will enable me to stay in touch and let them know when my next Kickstarter goes live, in 2019.

"Once I have the books printed and in my hands I'll approach some publishers and show that I can follow through on a project. This will hopefully open some doors for freelance comic work and get more eyes on my personal projects.”

Meanwhile, it’s back to posting on the web.

“I’m going to start posting Sneaky Goblins: Short stories on my webcomic, so that will lead up to my next Kickstarter in 2019: a floppy of short collected stories. I have a new graphic novel title in the works, I'll begin posting that online next year. My goal is to self publish at least 3 graphic novel projects. After that... well, we'll see.”

Issue one of my comic, Sneaky Goblins 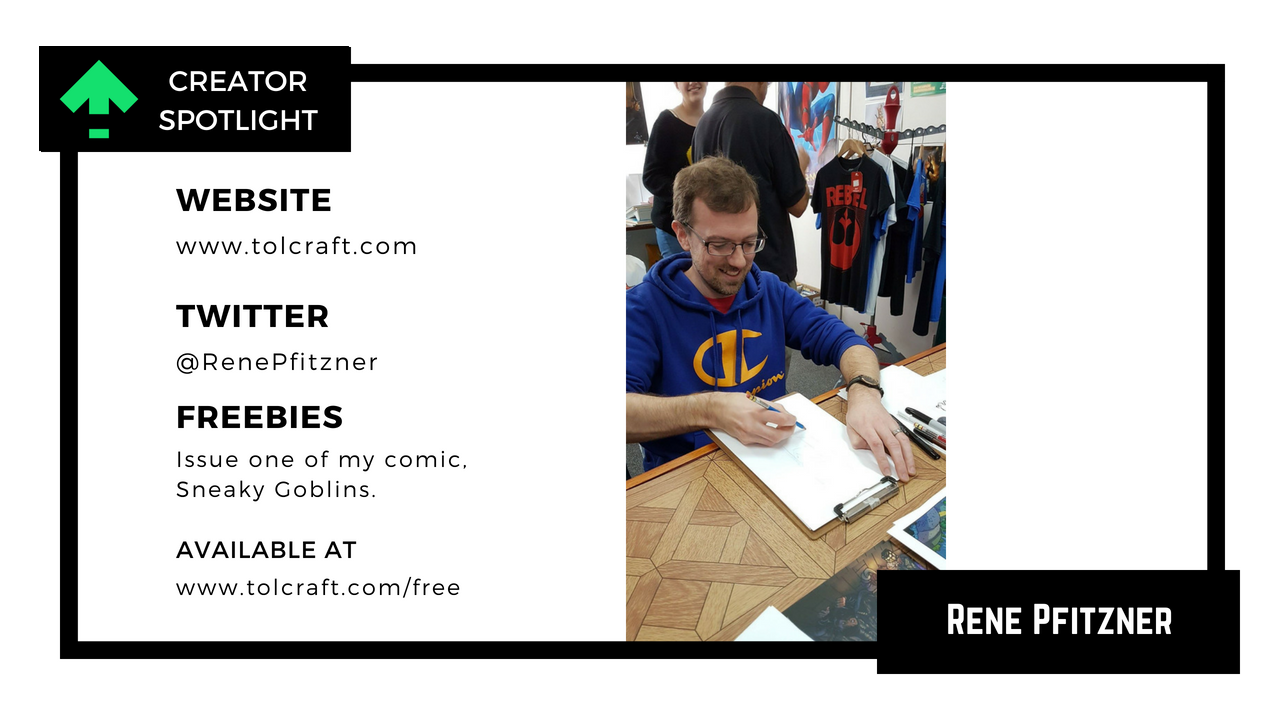 Would You Like to Learn the Strategies Rene and Other Talented Creators are Using to Take Your Launches to the Next Level?