They’d just hired a new art team to help relaunch their flagship series, THE LAST EMBER, and the costs were mounting. This time, the husband and wife publishing team would need to raise far more than they ever had before.

As they set out to hit their highest goal to date, they couldn’t help but wonder…

Would they make it?

HOW STACKING LAUNCHES LEADS TO GROWTH ON KICKSTARTER

Like many indie creators, Lisa and Brant took on far too many projects in their early days as publishers of Last Ember Press. And while they are still struggling with some of the choices they made when the company was young, one benefit is that it allowed them to grow their audience over the course of ten Kickstarter campaigns.

Lisa credits these early successes for putting them in a position to make a bigger ask of their audience now.

Lisa: “Taking the time to grow our audience through previous Kickstarters and our mailing list [was invaluable]. Each time we run a new campaign, we get backers who have never seen our stuff before…. Our Day One numbers just keep getting stronger, and that's all thanks to our audience.”

By launching frequently, fulfilling their campaign promises, and keeping their audience informed through backer updates and the Last Ember Press mailing list, Lisa and Brant sowed valuable trust in their brand. But Brant points out another advantage they had going into their latest campaign: 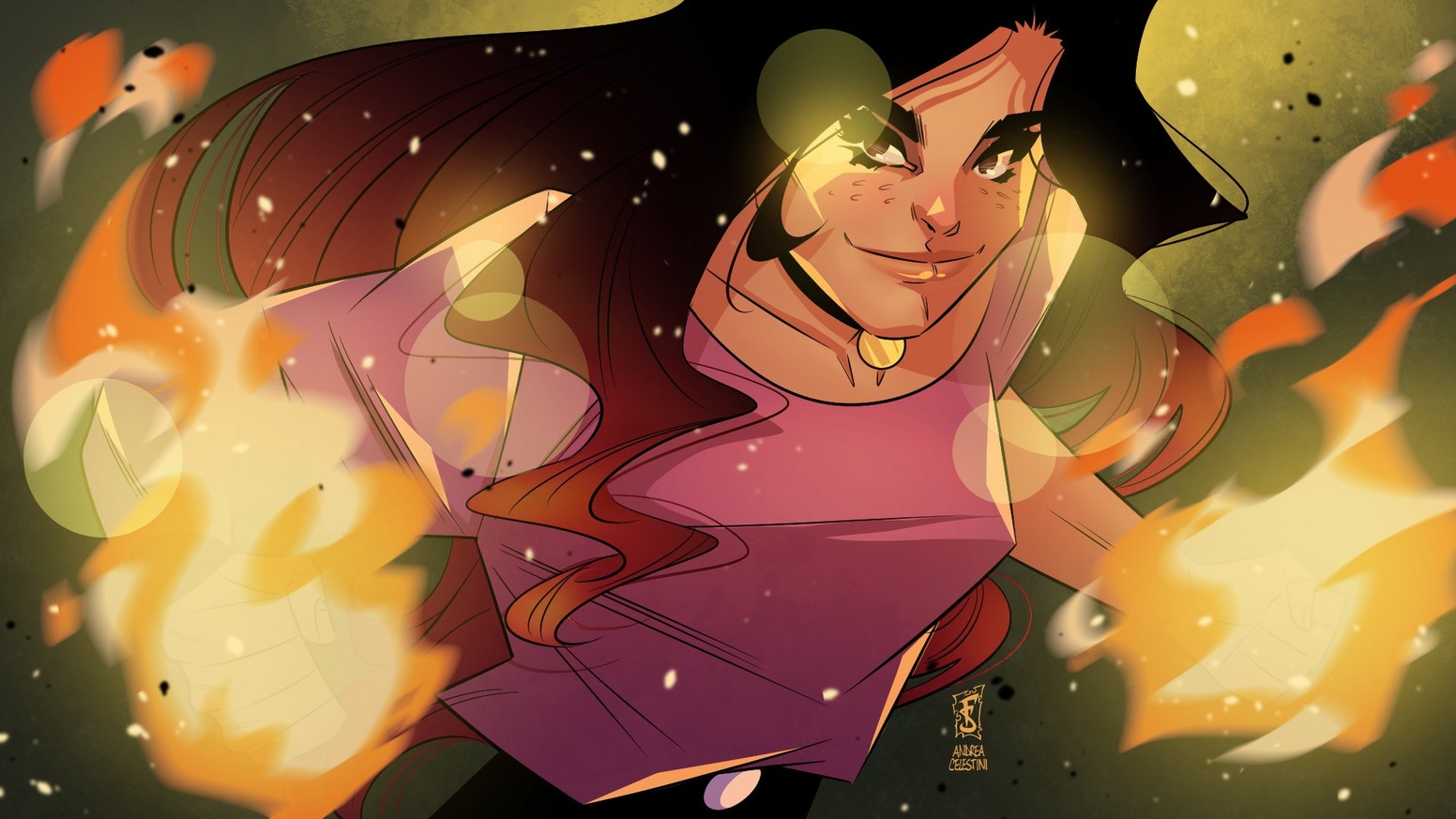 HOW TO FIND THE RIGHT ARTISTS FOR YOUR KICKSTARTER COMIC

Assembling the right creative team, one that excites your backers, is pivotal to any publisher's growth. But finding those collaborators isn’t always easy—or quick.

Brant: “Usually we have a pretty good idea of the style we want for a given project, and if we know (or know of) someone that fits that style, oftentimes we’ll inquire. And if that doesn’t work out, we’ll either post about a position on social media or run ads, or we’ll look through the many artists we follow to see if something jumps out at us.

“The ultimate decision is based on style, availability, communication and, honestly, a gut feeling. Sometimes you just know. Other times, you have to work with an artist a bit before knowing how it’s going to go.”

Both artists themselves, Lisa and Brant recommend trying out artists on smaller projects in order to get a feel for how the collaboration will work for both parties. And again, that’s where their longevity plays a vital role.

Brant: “We’ve been pretty fortunate ourselves and forged longtime friendships and working relationships with several artists that just continue to grow and excel.”

Another important part of being a longtime member of the community? 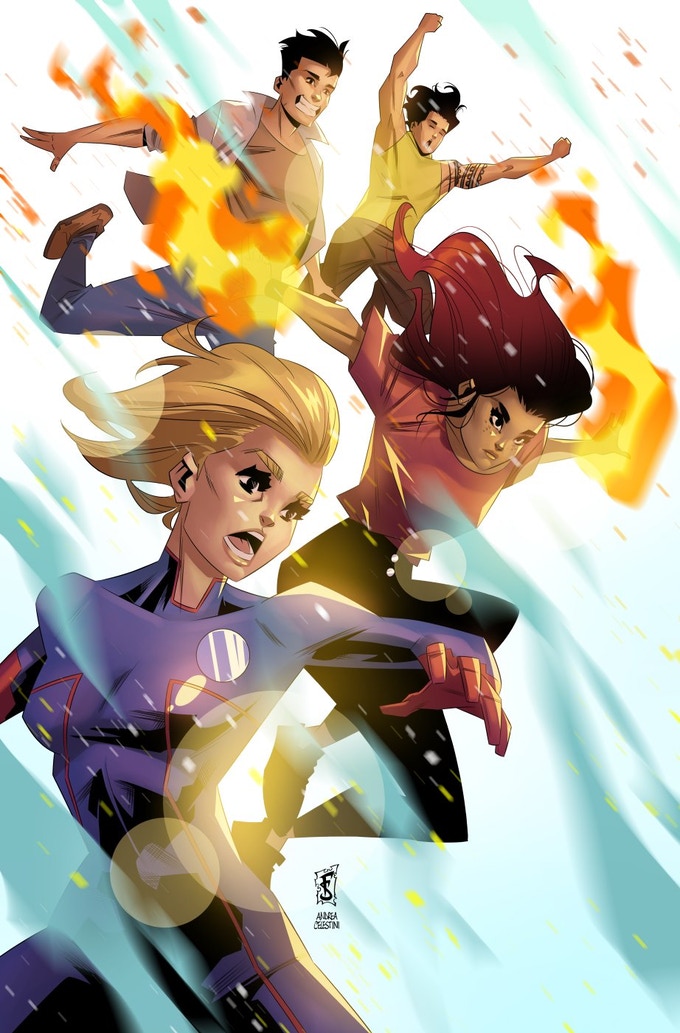 As many creators have discovered, launching with a group of like-minded friends and coordinating promotion can make a huge difference.

Brant: “I think when looking for someone to launch with, it helps to have similar themes to your stories, something each other’s’ audiences will be familiar with or interested in. Even if the projects are in different genres, having similar themes or story elements can really work in your favor.”

For the relaunch of THE LAST EMBER, Brant and Lisa coordinated with Will Allred, who they met through ComixLaunch, and Kat Calamia, Brant’s podcast partner and a fellow comics creator. Together they arranged cross-promo and live streams that introduced each other to their respective audiences.

Brant: "For livestreams, you try to strategize the best times for each campaign and get the most benefit out of them. A great time to do that is in the dreaded “dead zone” period. If your lulls happen to match up, or if one project is doing better than another, that can be a really good way to inject some movement during that time.”

They also commissioned a limited, exclusive print featuring characters from all three campaigns, which would be signed by each writer and sent only to those backers who supported all three. In the end, nearly 60 backers got the print.

THE PROS AND CONS OF WORKING WITH YOUR SPOUSE

Creative relationships can be tricky enough on their own, but how do Lisa and Brant deal with the added challenge of being married to your creative and business partner?

Lisa: "I think one big advantage is always having a sounding board to throw ideas at…but a challenge we both have is knowing when to make the tough calls on a project the other is more excited about. We've had that happen, where one of us just had to be the voice of reason, and when it is your project that gets cut, it can sting.  In the end we believe it just makes our other work stronger."

But one important advantage offsets the occasional pain of disagreement:

Brant: “Lisa and I trust each other completely. Furthermore, we trust each other’s creative instincts and judgment. So while things may sting when shot down, we know that the other only has the best interest of the company and the projects we produce in mind. It lessens the sting.”

Last Ember Press has plenty more in the pipeline, including the third issue of PNEUMATIC CASES, a steampunk murder mystery mini-series by John Wilson and Rowel Roque. Brant also just launched an audio version of his podcast, Comic Book Weekly, on Kickstarter. And their other brand, Torch Knight Games, makes its debut later this year with a line of jigsaw puzzles featuring the worlds of The Wizard of Oz, Neverland, and Wonderland. But Lisa is clear-eyed about their money-maker:

Lisa: "Our goal at the moment is to finish a few projects we have hanging out in the background and then focus in on Ember. She's our flagship character and our highest backed campaign to date. "

That’s right! Despite their nerves, Lisa and Brant’s relaunch of THE LAST EMBER raised $6500 on the strength of more than 300 backers. It was their best outing yet—by far.

With something always in the pipeline, we can’t wait to see what this dynamic duo launches next.

Connect with Lisa and Brant:

Would You Like to Learn the Strategies Lisa, Brant, and Other Talented Creators are Using to Take Your Launches to the Next Level?