Creator Amélie Hutt (ANGELS POWER) on How to Raise More Than $24,000.00 in Your First Comic Book Kickstarter Campaign

She’d never run a Kickstarter campaign before, and the learning curve was steep. Everything leading up to the launch was new, stressful, and humbling. And she didn’t like the feeling of vulnerability that comes with launching a campaign.

In this spotlight, you’ll learn:

The Secret of a Huge Kickstarter Launch

What do The Order of the Stick, Steve Lichman, and Penny Arcade all have in common?

They were all popular webcomics long before becoming six- and seven-figure Kickstarter campaigns.

Because of these comics—and projects like them—Amélie knew that getting her work in front of as many people as possible before launch was a key to a successful Kickstarter campaign. So she played the long game, posting ANGELS POWER online three times a week, starting in 2015.

“I post it on Deviantart, and that is where my readers are the most active and interact with every page I share,” she says. Amélie also built her own website as a dedicated place for all things ANGELS POWER, and she shared her work on popular sites like Tapastic, Rocket Comics, Top WebComics, and Line Webtoon.

Each site had its own learning curve, with its own audiences wanting different things. For instance, Tapastic “seemed to dislike the one-page updates. So, after a while I decided to post there only once a month with a huge update, and that seems to work for them.”

After a little trial and error, she settled into a posting routine that worked for her. Over the course of two years, Amélie grew the audience slowly but surely.

“I don’t think it will ever be a very popular thing, but I really cherish the readers I do have. They are strongly invested in the characters, they theorize on the subject, they make jokes. I adore their jokes.”

But gaining an engaged readership wasn’t her only goal.

Amélie knew she needed to convert them into buyers. 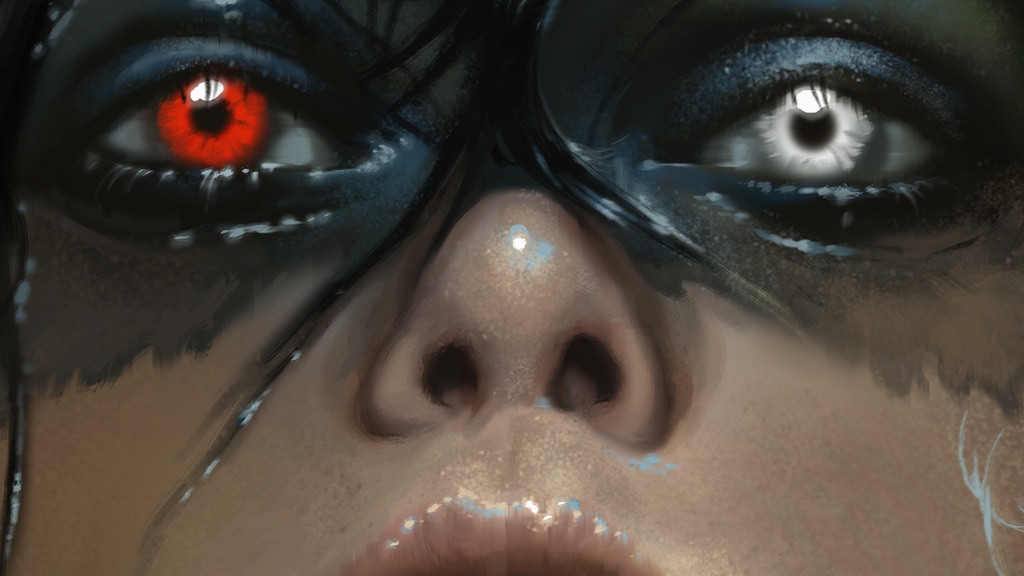 Using Patreon to Support Your Webcomics

At the same time she launched the ANGELS POWER webcomic, Amélie opened up shop on Patreon.

“My Patreon is not optimal,” she says. “I started it at the same time as the comic and knew nothing about how to maintain it. It still requires improvements before it can sustain my business. Right now, it doesn’t bring in enough, and I have to take on a lot of illustrations atop of my work on the comic.”

Still, over the course of two years, she managed to grow her Patreon to around thirty “generous and dedicated” Patrons, providing her an income stream of about $250 a month. Add that to her freelance illustration commissions, and Amélie had enough money to the keep the webcomic going until her Kickstarter launch.

Now, with a system for releasing pages, an engaged audience, and a portion of her readership providing a steady stream of income, Amélie knew it was time to launch.

But first, there was something else she needed to do…

How to Build a Kickstarter Campaign

When it came time to launch, Amélie knew that slow and steady wins the race.

Working inside the ComixLaunch Course, Amélie created a stunning Kickstarter page built around showcasing her art. Because she had two years of content at her disposal, she had no shortage of material to show off.

“I took my time to prepare it. My email list was practically non-existent at launch and still is a very modest list, but my book was already finished, all my content was ready. I put extra love and care into the design of the KS page and video. I followed Tyler’s advice carefully.”

With the ComixLaunch blueprint as her guide, and using the private Facebook group as a sounding board, Amélie honed her Kickstarter page until she was ready to launch.

After years of painstaking work, she knew she’d put in the effort and taken the time to do everything right.

She still wasn’t prepared for what happened next. 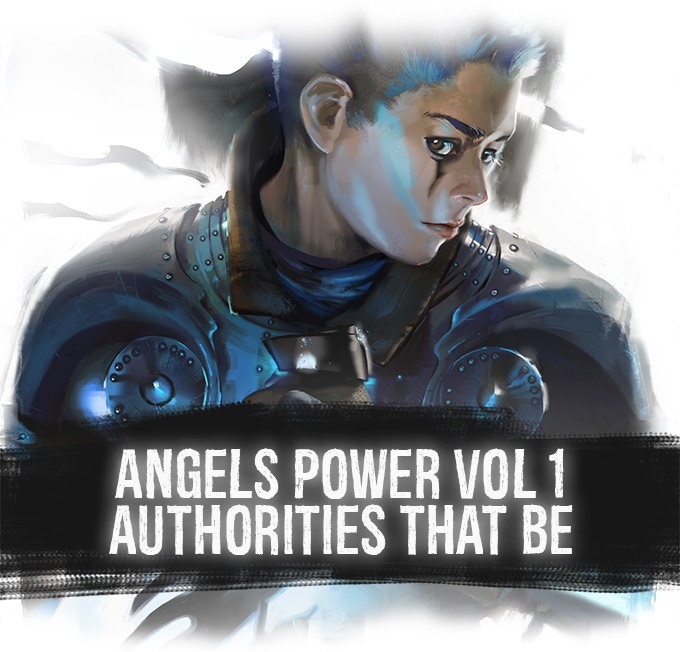 With a big ask ($10,000) needed to cover her expenses, Amélie hit the launch button and notified her list, Patrons, and longtime readers that the campaign was live.

Over the next several days, all of her careful planning—two years’ worth—paid off as her audience came out in spades.

The book funded in five days, with two thirds of her Patreon Patrons converting to backers. All of the early activity contributed to a snowball effect: Kickstarter named ANGELS POWER a “Project We Love,” which further drove traffic to the campaign. In the end, Amélie says, “The vast majority of my traffic came from Kickstarter itself.”

By the time the campaign was over, she had raised more than 240% of her goal off the strength of a staggering 508 backers—giving her a grand total of $24,271 for her very first Kickstarter campaign.

It was a huge triumph.

Except for one thing.

What NOT to Do on Kickstarter

Not everything went smoothly for Amélie.

“I launched the campaign before figuring out stretch goals,” she says. “I regretted that.”

As the campaign went on and she reached her goal faster than anticipated, Amélie needed hard numbers from her printer before she could announce any stretch goals. The problem?

“I didn’t take any great risks (with the stretch goals) because I had to rely on responses from my printer to get the numbers. But I never got a timely response from them. We were funded by day 5 and I didn’t have concrete stretch goals until the end of the campaign because of this… It was embarrassing.”

Whether or not this cost her funding, she’ll never know. But it’s a missed opportunity she’s still kicking herself over.

Even so, Amélie holds the record for the most-funded campaign inside the ComixLaunch Course. 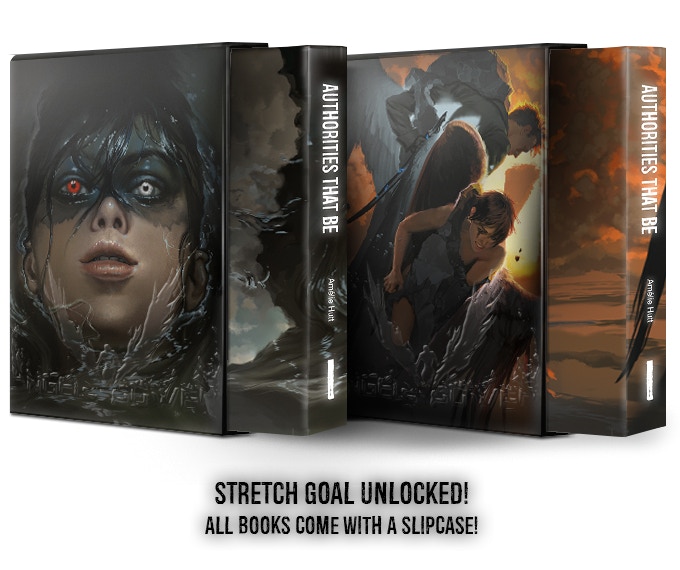 The successful campaign brought Amélie “a number of commissioners and new patrons—not enough to make my Patreon work, but it did make my first financially successful year and brought a lot of new knowledge and confidence.”

As she works on fulfillment and producing the next installment of ANGELS POWER, the increased workload has been a balancing act.

“I did get a ton of great illustration commissions during and after the campaign, and this has been taking most of my attention. Even though they were great opportunities and I’m very happy with them, having to sustain the comic along side of it has been draining.”

Intent on keeping the momentum going, Amélie recently began the Beyond Kickstarter course. “Hopefully that will give me an idea of where to go next. I would like to focus on improving my Patreon next, so I don’t have to take on as many illustrations commissions.”

“Keeping the business rolling. And not becoming frightful of my success.”

A 40 page PDF of the first chapter of ANGELS POWER 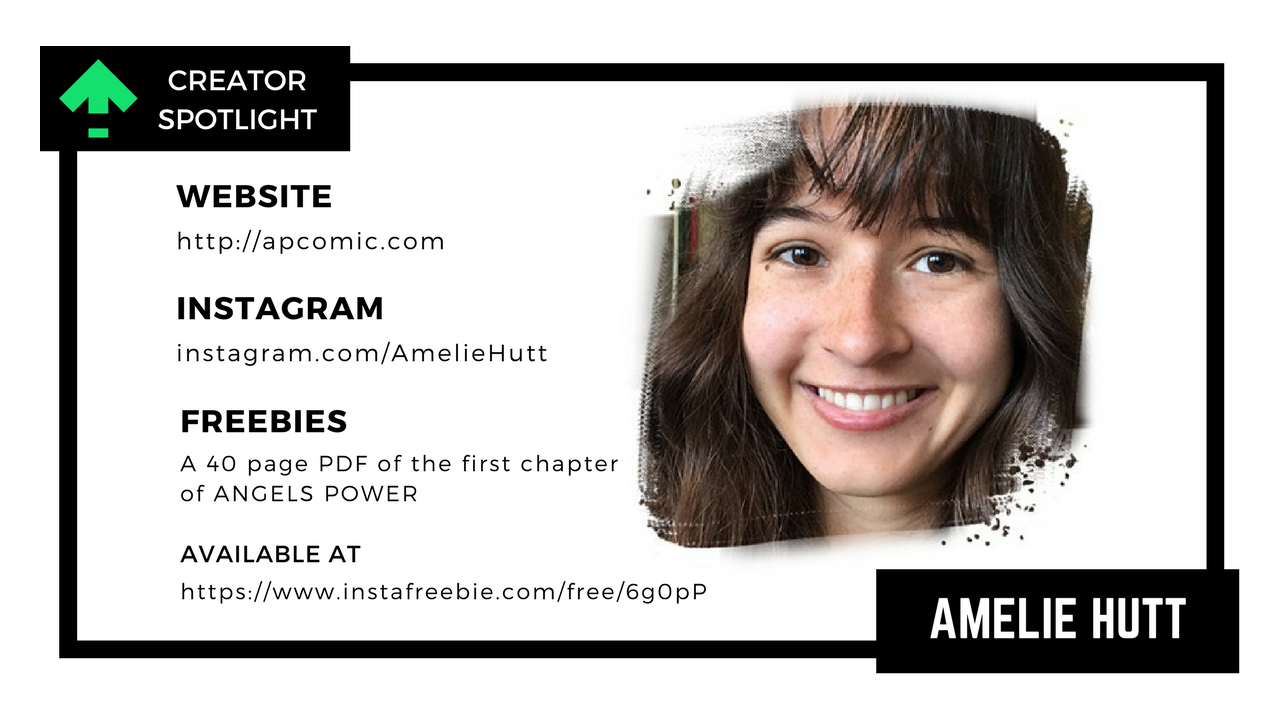 Would You Like to Learn the Strategies Amélie and Other Talented Creators are Using to Take Your Launches to the Next Level?