How To Crowdfund Your Comic Book On Indiegogo, With TALES OF THE TWELVE STARS Writer Albert Lim

How do you kickstart a comic if Kickstarter isn’t available in your country?

If you’re TALES OF THE TWELVE STARS writer Albert Lim, you go indie.

In this spotlight, you’ll learn:

What If Kickstarter Isn’t Available in Your Country?

“Finding venues and events where I can sell my books is a challenge… While they do exist in Malaysia, many of them are not very well-known.”

But he didn't let lack of access to the number one crowdfunding platform stop him from launching his book. Albert buckled down, did his research, and found that one site was available to him: Indiegogo.

As he prepared for launch on the unfamiliar platform, Albert drew on his Martial Arts training to guide him through the process.

"My training helped to get me ready in so many ways. It taught me the importance of having a 'beginner’s mind', which to me is the understanding that I’ll never be perfect and there’s always more to learn.

"It taught me that for beginners, stuff is supposed to be hard, and often frustrating, but that doesn’t mean it can’t be fun. …Finally, it taught me just how critical it is to have an instructor who cares about, and is invested in, your success—which is the reason I joined the ComixLaunch program."

With the right mindset and a supportive community behind him, Albert got to work. 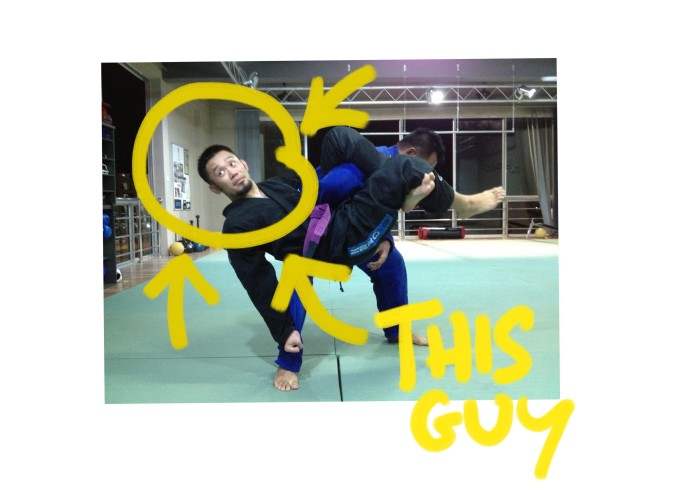 Getting Started on Indiegogo

Inside the ComixLaunch Course, Albert adapted the Kickstarter-centric lessons to fit Indiegogo as best he could. Throughout, he found the experience surprisingly simple.

“Indiegogo made it really easy to do everything. Anything that I found stressful about the process is something they had a lot of information on, so that was great. Indiegogo customer service was also really fast about responding to any questions I had."

They also offered him a discount on their fees if he hit a guaranteed launch date, which was a win-win for both parties: Albert saved money, and Indiegogo was assured he’d follow through with his campaign.

But as he built his page, Albert found that Indiegogo and Kickstarter differed in some important ways.

Unlike Kickstarter, Indiegogo allows you to keep all the funds you raise, regardless of whether you hit your goal.

Not bad if you're unsure about your funding target.

But Albert was hoping to add to his totals using add-ons, a process he discovered was more difficult on Indiegogo.

“If a backer selects a $10 pledge, they can’t decide to pay $5 for something extra on that same pledge--they have to make a completely new pledge or donation (a pledge with no associated reward/perk)."

Another difference that surprised him?

“When you pledge, your credit card gets charged instantly.

"There are pros and cons to this: I really liked that the odds of encountering scammers greatly decreased, because I’ll essentially never have people cancelling pledges.

"On the other hand, this does seem to deter some people. And when you consider that they can’t do add-ons, it makes it a lot more difficult to upsell backers unless you use a service like Backerkit, which takes care of everything after the actual campaign.”

Still, these were minor issues, and he was prepared for them before going live with his campaign.

But as soon as he launched, Albert discovered one major difference that took him completely by surprise. 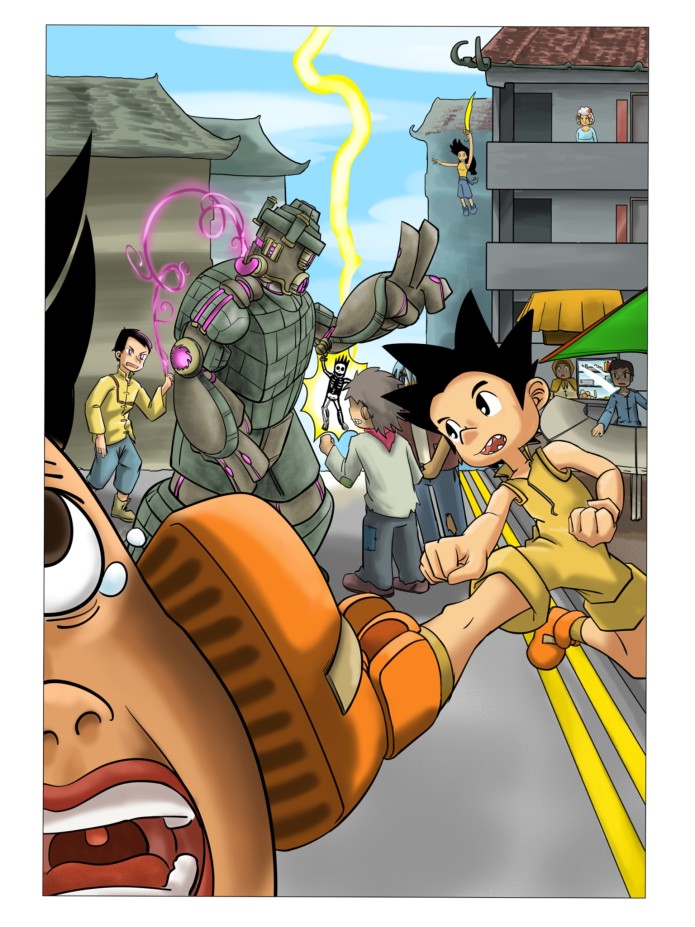 The Big Difference Between Indiegogo and Kickstarter

There’s a reason why Kickstarter is far and away the number one platform for crowdfunding: community.

“I would say the biggest challenge was that Indiegogo isn't set up to take advantage of having an online community in the same way Kickstarter is."

This lack of organic community would play out over the course of the campaign. As a result, Albert didn't see any momentum coming off his strong start.

“I had a tremendous opening, and was successfully funded within the first five days. After that, besides a couple of days with spikes due to big pledges, it was pretty quiet until the end.”

Albert is certain that Indiegogo's lack of community impacted his ability to raise funds.

“Except for two backers, I either knew everybody personally or they were a friend of the artist. To be honest, I didn’t do anything to counteract it.

"It was something that I was completely not expecting, and being so unprepared for it, I didn’t want to deal with the stress of scrambling to find a solution. It was really fortunate that I funded really quickly, so I decided to just take the win and move forward.”

But the experience taught him an important lesson he'll never forget...

Albert learned that it’s the creator’s job to put the “crowd” in “crowdfunding.”

Because he worked through both the ListLaunch and ComixLaunch courses, Albert knew that having a mailing list was important. But he didn’t realize how crucial it was until his campaign went live.

"I would definitely put more effort into marketing and promotion, but my main thing would be building my email list. This campaign really drove home the importance of your list, as there’s no way I would have succeeded without it.”

In fact, this is the biggest piece of advice Albert gives all comic creators looking to crowdfund, whether it’s on Kickstarter, Indiegogo, or Patreon.

“Build your audience! For independent creators, audience building is just as important as your actual craft, and you have to put the work in both sides to be successful.” 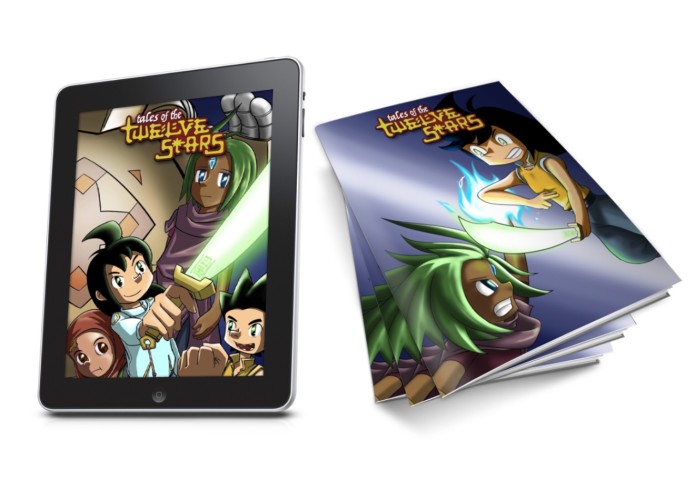 Now that Albert has successfully funded the first issue of his all-ages, sci-fi fantasy comic, his goal for 2018 is to finish the series.

“Tales of the Twelve Stars #2 is currently with the artist, and the aim is to have #5 done by the end of the year.”

But in the meantime, he has an even more pressing matter to attend to:

“My next step is to work on growing my email list!”

Two issues of TALES OF THE TWELVE STARS 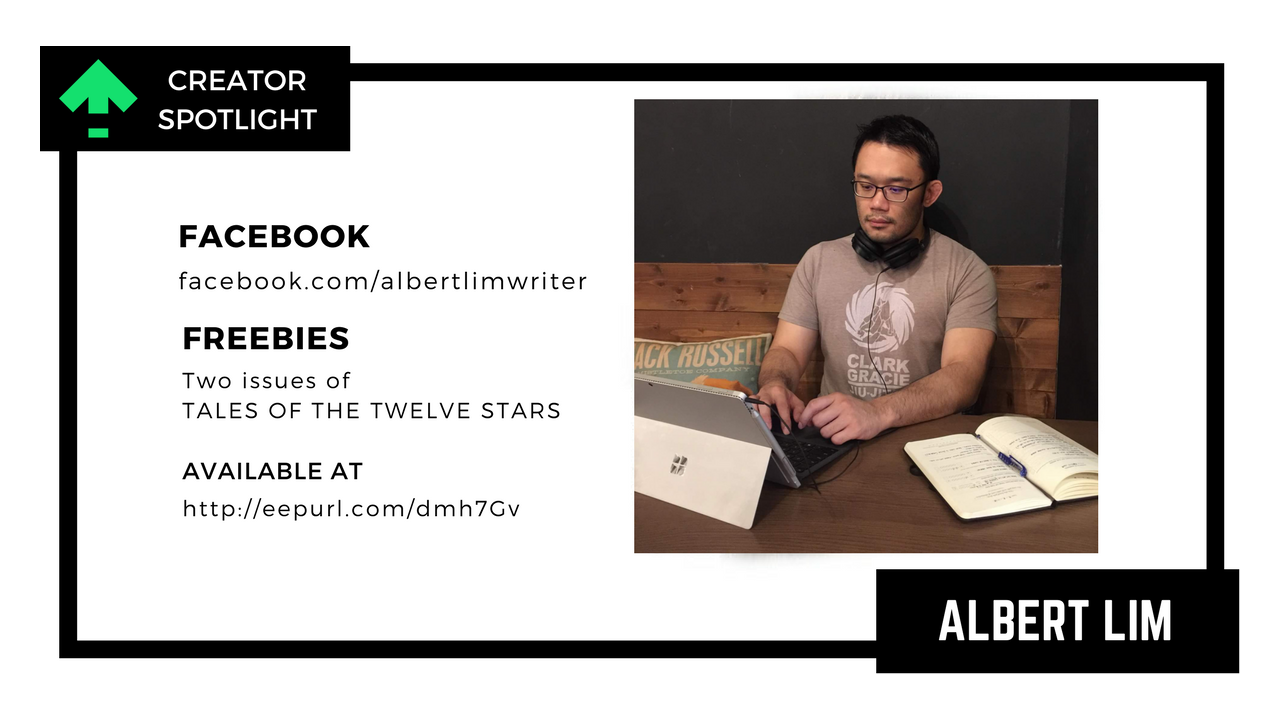 Would You Like to Learn the Strategies Albert and Other Talented Creators are Using to Take Your Launches to the Next Level?