How Writer Kevin Joseph Doubled His Best Ever Kickstarter Backer Count and Raised Over $12,000.00 for His Latest Comic Book

Kevin Joseph had a problem.

After drawing five issues of TART, the indie comic about a time-traveling demon hunter, Kevin's TART co-creator, artist Ludovic Sallé, decided to make a career change away from illustrating comics...

Right in the middle of a story arc.

Instead of getting down, Kevin got down to work.

•         How Kevin recovered from losing his artist collaborator and took bold action to find a replacement.

•         How he grew his audience between issues—and during the dreaded Kickstarter dead zone.

How to Replace an Artist

And he decided to go bold.

“We met Karl Moline, the incredible artist who co-created Joss Whedon's Slayer-in-the-Future comic Fray, at a convention. We asked what his next project was and he mentioned he had a small window without any projects coming up. With the thought that the worst he could tell us was no, we asked him if he could pinch hit on an issue for us. After reading our existing issues and the script for Tart 6, he jumped on board and we've had a blast ever since.”

With one major hurdle cleared, Kevin knew he couldn’t sit back and wait for the finished art to come in. 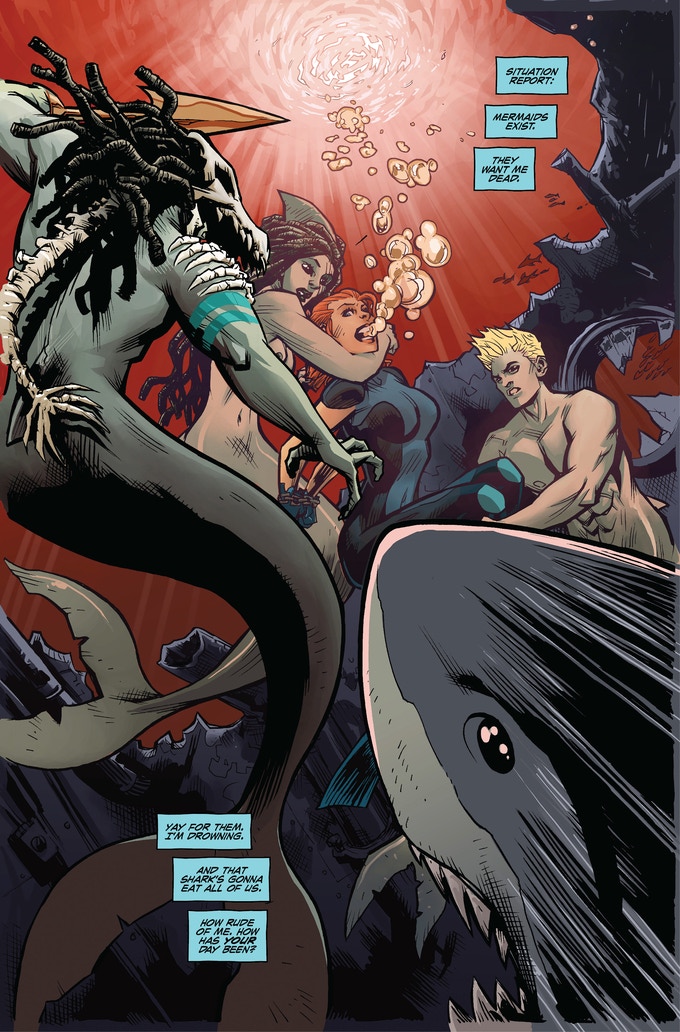 While Karl drew the issue, Kevin joined the ListLaunch course and focused his energy on building an email list that’s now 900+ readers strong.

“I knew there was going to be a long lag between issue 5 and 6, and spent that time learning how to organize and implement a fun and interactive email list so people knew we were working, even if in the meantime there was nothing to show.”

By the time he was ready to launch, Kevin was feeling good. He knew he had an artist with an established fanbase, plus a warm audience of his own to bring to the table.

“We have such passionate and loyal readers. I never want to take anything for granted, but I can count on at least one hundred people to show up on the first day, just because they’ve been with us from the beginning. You can’t build on your readership if your existing readership doesn’t return.”

He also planned his campaign in a way that made jumping on board a no-brainer for new readers—a must with any long-running series.

“We Kickstart large runs of all of our issues, so it is incredibly easy to catch up and buy the entire series if this is the first time someone’s heard of us. We were able to offer all six stories so far for only $25 (and that includes shipping).”

With all the pieces in place, Kevin finally hit the launch button.

What happened next surprised him. 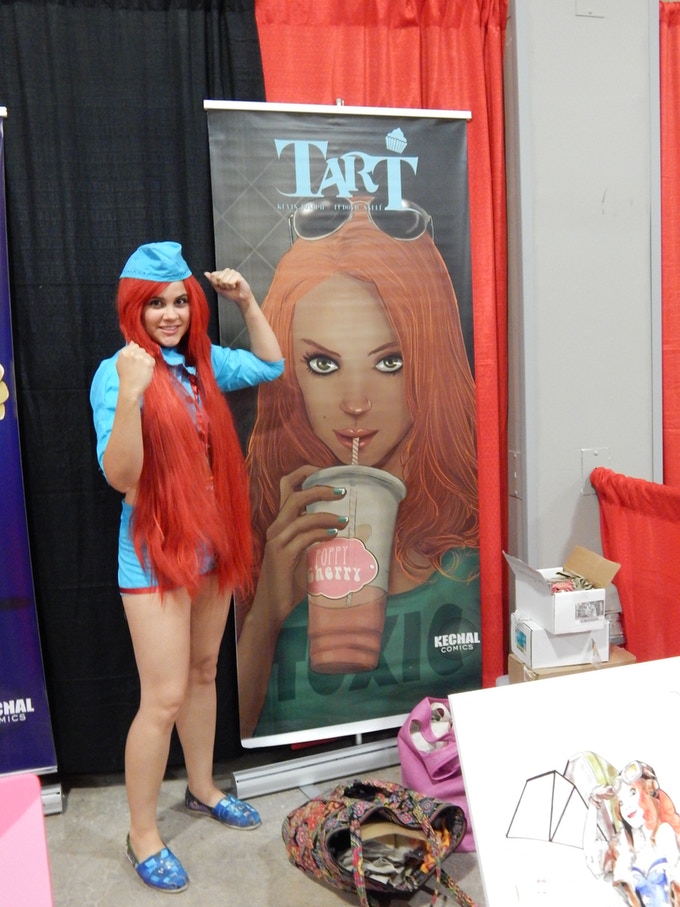 Launching Strong and Surviving the Dead Zone on Kickstarter

“I was prepared to make our goal (just under $4,000) within the first two days or so. And I expected to reach $8,000 and 300+ backers through the campaign, but everything above that is just a really nice dream I didn’t expect.”

Kevin hit his goal in a matter of hours, smashing through stretch goals before he could even announce them.

To keep the momentum up during the dead zone, Kevin targeted Facebook ads to people who liked his page. And then he took to Kickstarter Live.

“Those were fun. And I worked with creators who had books that seemed like they would be interesting to my readers. I’d mention their campaigns with links and often they’d reciprocate. I easily met three dozen-plus new readers because of this, and hope I introduced at least that many new books to my readers.”

Still, it wasn’t all smooth sailing.

“Out of five hundred-plus backers, only eight came through the affiliate program. I doubt this is out of the ordinary, as the company now charges $30 a month to facilitate their service. $60 for eight pledges is bad math… especially because of the scammers.”

Kevin had been warned about backers who make large pledges that don’t go through, but still collect a percentage of the pledge through an affiliate link. Because he was prepared, he was able to provide proof to the affiliate program that three of those eight pledges failed.

“To their credit, they IMMEDIATELY removed the pledges, but it left a real sour taste in my mouth. If I had ninety-seven real transactions, and three scams, I wouldn’t bat an eye. But three out of eight is pretty damning. I guess, I’ll just say: use [affiliate links] if you think you can get people on board who really have influence, but if not, hold off until the audience realizes it’s a positive.”

Despite that setback, Kevin smashed his best-ever backer count and funding, raising more than $12,000 on the strength of 500-plus backers. These numbers nearly doubled his personal bests, and he did it on issue six of an ongoing book—growth that’s almost unheard of in the direct market. 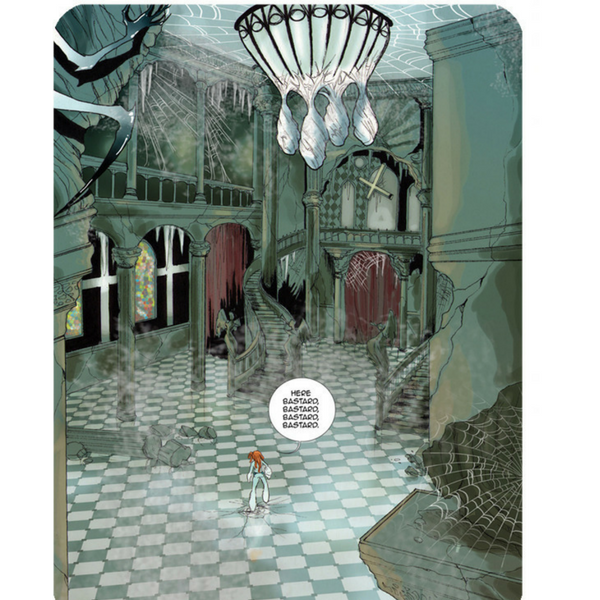 As a creator who likes a personal touch, Kevin prefers to pack and ship rewards himself. For a campaign this size, that task can seem daunting.

One key, he says, is, “being as prepared as you can be before the books get to you. For instance, our catch-up tier has a trade paperback, plus issues 4 & 5, along with two copies of issue 6. I will be able to have the TPB and issues 4 & 5 bagged and boarded and packed in their box before issue 6 arrives. From there, it’s just bagging and boarding issue 6 and adding it to the package.”

He listens to podcasts like “How Did This Get Made” and “Radiolab” while he works, then uses Endicia to print shipping from home. After two or three hours work, he takes his packages to the post office.

“I really recommend this: drop off all ready packages every day. The accomplishment of getting even ten people their rewards every day will keep you going. If you’re packing two hundred boxes and they just sit there, the job will feel unending.”

By being proactive, Kevin took what could have been a career setback and turned it into a triumph.

And once this campaign is fulfilled, the prolific creator has no plans of slowing down.

“Ludo is about to begin art on issue 7, I have an issue of a horror western called HOLE IN THE SKY with artist Shawn Langley finished that we can either get out or work on finishing the limited series. And four issues of UNDERWARS are ready to collect in a trade paperback once we get the pages digitally inked.

“Basically, whatever is ready first will likely end up on Kickstarter!”

Get all FIVE free comics at: 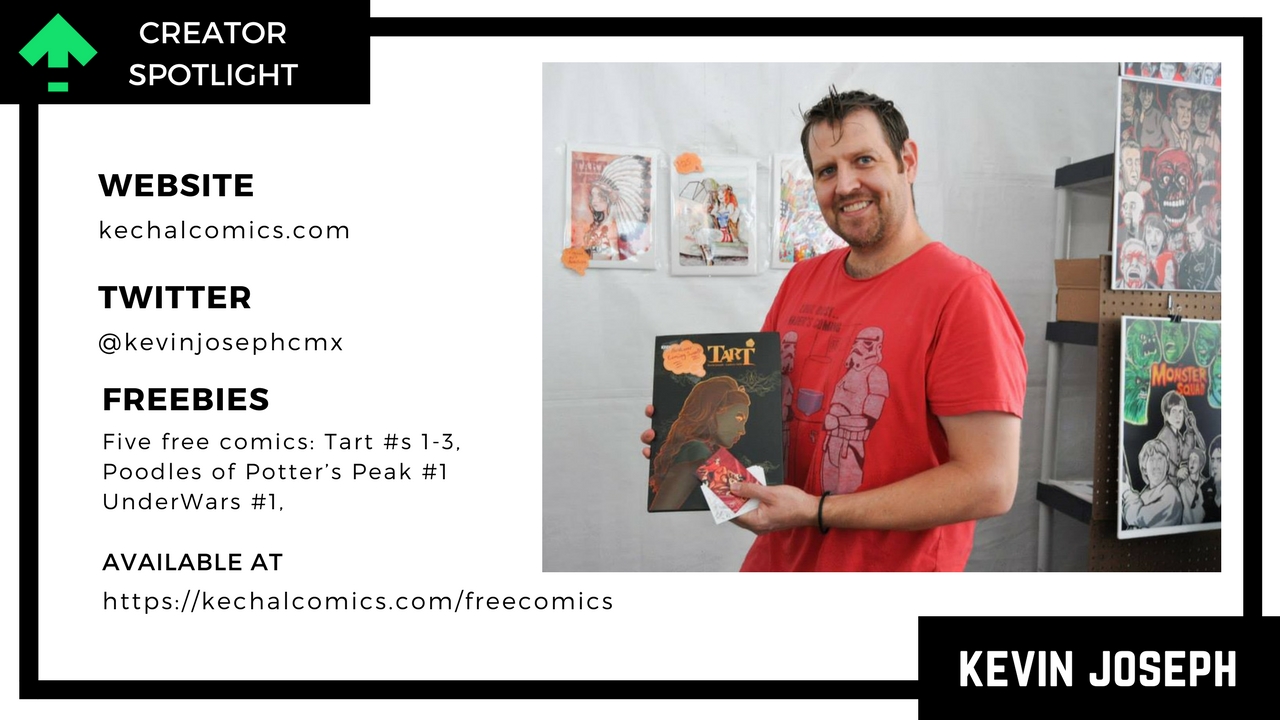 Would You Like to Learn the Strategies Kevin and Other Talented Creators are Using to Take Your Launches to the Next Level?