Simon Birks was ready to experiment.

He’d already had success over the last few years launching multiple comics Kickstarters, and like any good entrepreneur, he was looking for a new challenge—and a new market.

Simon did his research and learned that gamebook Kickstarters in the Tabletop Games category often did well. Now the question was:

Could Simon branch out?

How to do Market Research for Your Kickstarter

He studied the games category on Kickstarter and noticed that those projects tended to do well. This gave Simon the confidence to approach his existing audience.

Simon had built up a reputation and a track record over the past several years launching more than twenty comics Kickstarters. During that time, he constantly experimented with formats, publishing single issues as well as graphic novels. This gave him a good sense of what was required for a successful launch.

More importantly, it also gave him a customer base to draw from.

As a member of the ComixLaunch Course, he knew the value of a mailing list—and that the people most likely to buy from you are the same people who have bought from you in the past. So when it came time to branch out, where do you think Simon turned?

“[I] asked my current email list if they would be interested in gamebooks and whilst not a massive percentage said yes, enough did so I knew I already had some warmed-up contacts!”

With his warm audience interested in his new product, Simon got to work setting a goal.

First, he needed some hard numbers to know just what he was getting into. And, once again, thanks to his experience with comics, he knew exactly where to go for information.

“Goal setting for this campaign consisted of getting a quote from an online book printing service (that I’d used for my novels) for 200 books, as I thought I probably wouldn’t get more than 200 backers. That came in around £650."

Simon then factored in shipping, KS fees, and production of the art and came up with a number beyond what he was comfortable asking for as a first-time creator in the gamebook space.

Determined to hold the line, he set a modest goal of £1200 and told himself he would cover the difference with money from his own pocket if necessary. As a ComixLaunch Course member, he knew the value of putting a little "skin in the game" in order to get started.

In the end, though, he wouldn’t need it. 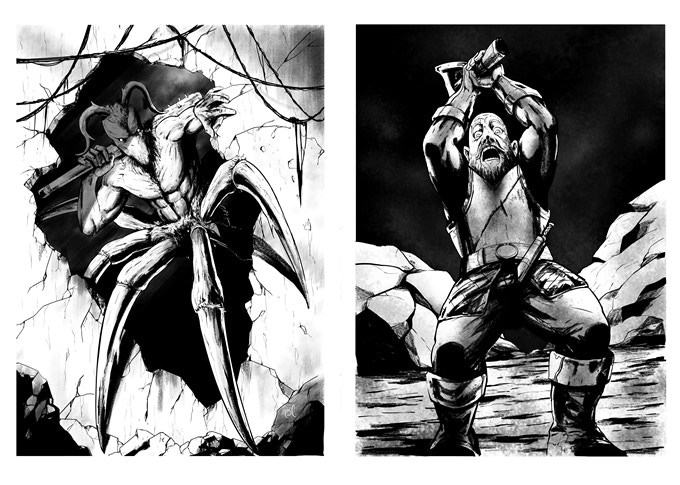 How to Market your Kickstarter Campaign

Because Simon was branching out into a new space, he decided to keep his comics list and his games list separate.

But he also knew he needed to expand his customer base.

“I also joined a number of Gamebook groups on Facebook, which brought me more people to my email list, and ran an advert on a site called Gamebooknews. There’s still an ad on there pointing at the Backerkit preorder site, which has gradually picked up some new backers. When the Kickstarter began, I ran a Facebook ad to pick up backers from there, which ticked over for most of the campaign, and just about paid for itself. There was also a fair number of people who found it via [Kickstarter] itself.”

That last bit turned out to be a pleasant surprise. 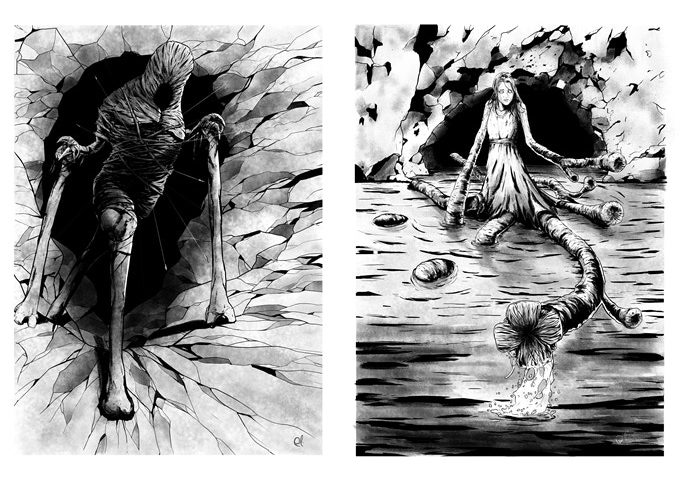 Unlike his comics campaigns, Simon found that his games Kickstarter never hit a flat period.

He says that while the campaign did noticeably slow in the middle, the totals were constantly ticking up. To Simon’s mind, this was a distinct advantage over doing a purely comics campaign.

He also discovered that by asking his audience what they wanted during the campaign, he could raise his funding totals.

“I’d never thought of doing a hardback version of the book, but I did a small poll to see who'd upgrade, and after getting a 60% positive response, set a target of £4000—if I reached that, I figured we could print the [hardcover]. It notched up at least an extra £1K after we hit 4K."

In the end, Simon’s first foray into the gamebook space netted 275 backers for a total of £6950. More than enough to cover costs. 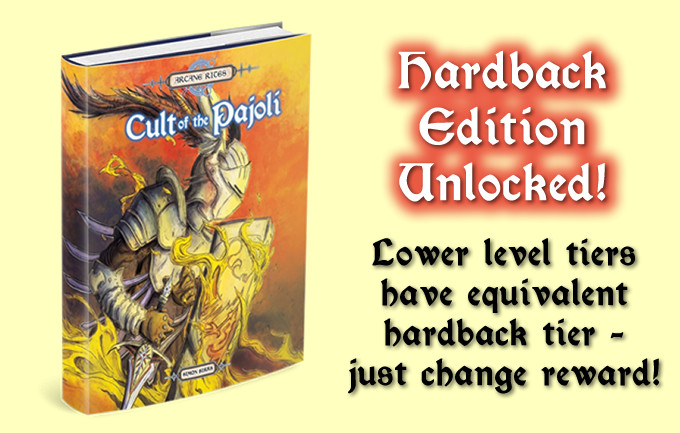 With a new market open to him, Simon is intent on growing the business in a sustainable way. Besides more gamebooks, he plans to continue his success in the comics space—while looking for ways to grow it outside of his own writing.

“We’re actively seeking submissions via the bluefoxcomics.com website. Completed works only. We’re organically growing, and whilst we have a number of our own titles in development, we’re looking to complement our range with great stories we can publish under the Blue Fox banner. Either a four to five issue story or a graphic novel. We don’t go for nudity or overly-sexualised body types. We don’t tend to publish superheroes stories, either, but if you’ve got the next Black Hammer, we’d love to take a look!”

Creators who are interested in submitting should read all the rules at bluefoxcomics.com. Here is what the submissions page says regarding their criteria: 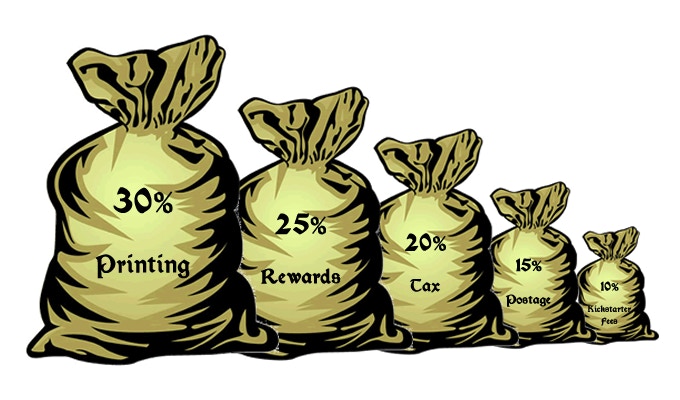 In addition to selecting more comics series to publish, Simon is definitely planning a return to the gamebook space.

“Arcane Rites is an ongoing saga, so yes, book two is in the planning for next year, called ‘Ascendance of the Witch’. Hopefully, now I’ve done one, I’ve a better idea about writing one and avoiding the previous pitfalls! The book is over 60,000 words long, so it’s novel length territory... the important thing is to give it the time it deserves.”

And even with all of that on his plate, the busy entrepreneur has no plans to quit writing comics himself.

Look for Hexes Volume 2 coming to Kickstarter soon. If we know Simon, it will be one of many campaigns launching from Blue Fox Comics.

Would You Like to Learn the Strategies Simon and Other Talented Creators are Using to Take Your Launches to the Next Level?