He’d launched multiple campaigns on Kickstarter, slowly but surely growing his audience. Cross promotions with other creators helped him reach people who are already active on Kickstarter, and he was adept at scheduling podcasts to promote his projects.

But Shaun couldn’t shake the feeling that he could be reaching more people. He didn’t feel comfortable with Facebook ads just yet, so he knew he was going to have to try something different in order to expand his reach.

That’s when he decided to go live.

Shaun decided to test a “live launch” strategy as part of his Talos of Sparta campaign. When his campaign launched, he planned to be on a livestream talking about the new series and answering viewer questions. But he didn’t just wing it—quite a bit of planning went into this effort ahead of time.

“With our live launch, we use Streamyard to stream to three places: Our COMICS2MOVIES Facebook page, the Facebook Page of the comic title (e.g. Fractured Shards) and then to our YouTube Channel. Being able to set up a live YouTube stream months in advance allows you to promote the link and get people to select ‘notify when we go live.’ Very similar to the landing/pre-launch page of a Kickstarter.”

To entice people to sign up for the streams, Shaun turned it into a game, promising to release a new variant cover or page from the book when they reached a certain amount of followers on each platform—sort of like a mini-campaign before his actual campaign.

The effort paid off: Talos of Sparta racked up Shaun’s largest amount raised in the the first hour, ultimately becoming his first campaign to hit the 200 backer mark. 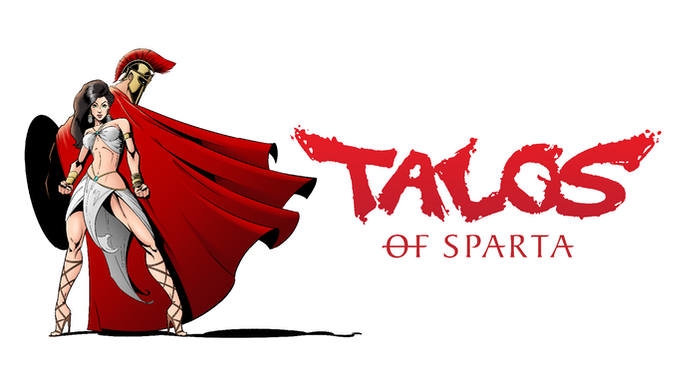 Tips for Making Your Comic Book Series Profitable on Kickstarter

Many indie comics creators fret over profitability—it’s common to see creators joking about how making money in comics is impossible—and yet two of Shaun’s titles turned a profit this year.

“The latest campaign (Terralympus Vol 2) and Talos of Sparta have helped take the business to the next level, as they both have become profitable from these launches. That allows us to now either produce issues more quickly or expand our catalog further.”

As with the “Live Launch” strategy, careful planning ahead of time went into making this work.

“The first thing that’s helped us turn a profit so quickly is the use of a Joint Venture Agreement. This means I have a 50/50 share in the IP with another creator. This has helped in many ways, from not only reducing my creation costs, but the help with promotion, the audience that person brings to a Kickstarter, the ability to have some one share all the workload and also, if you have the right person, drive you to be better.”

But finding partners who believed in the project enough to work under a profit sharing model came with some unexpected benefits as well. 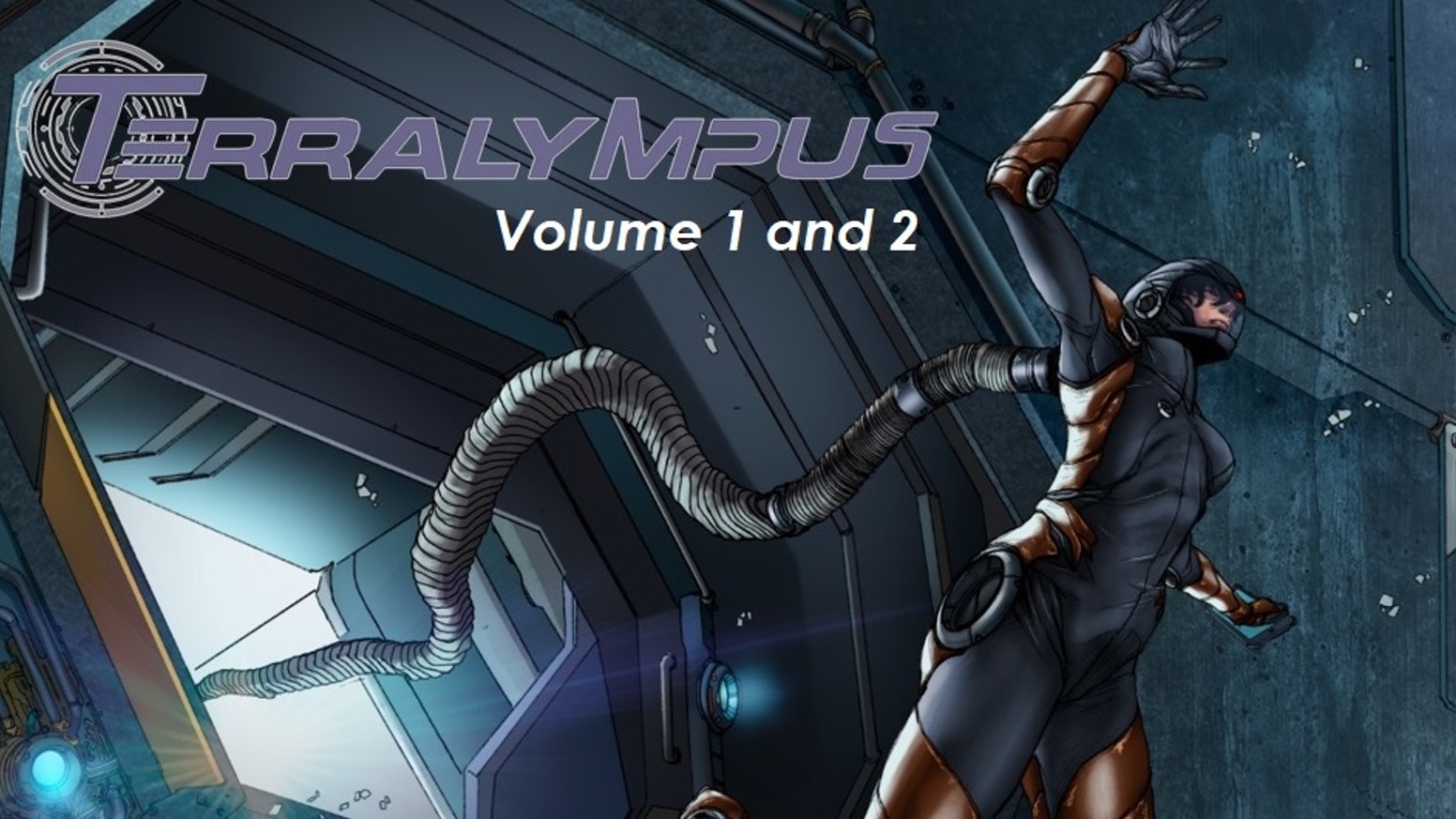 How To Run Five Comics Kickstarter Campaigns A Year

Having co-creators on most of his books helps keep each title running smoothly, since not all of the planning and grunt work falls to Shaun. It also helps him make production and launch schedules, as his co-creators have other series they are working on, so he must plan his launches around them, usually overlapping by a few days to maximize momentum.

Thanks to all his hard work and planning, Shaun was able to run a whopping five Kickstarter campaigns in 2020!

“Having a lot of the work completed prior to launching the Kickstarter really helps, but I have to say running five Kickstarters in a year is pretty crazy. It’s a lot of work and not for the faint hearted. The one thing I have enjoyed about running so many campaigns is that I’ve been able to produce a body of work in a year that previously had taken me 2-3 years.”

And by stacking the campaigns one after the other, Shaun has been able to watch his audience grow.

“To build on each launch, I set goals in not only the amount I want to raise but the increase in number of backers. Using the pre-launch page lets me really monitor how many people are following a project. This year I have gone from under 100 backers on most campaigns to almost 400 backers for Terralympus.” 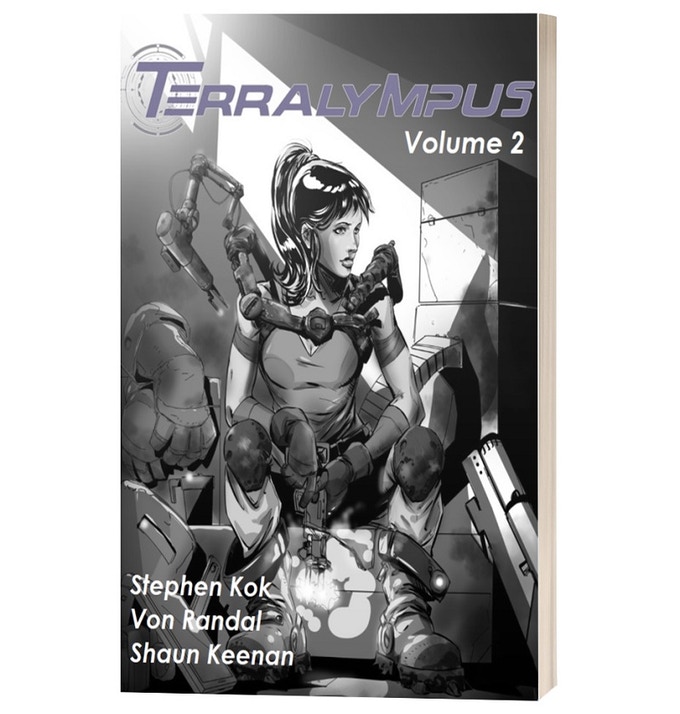 Moving from Self-Publisher to Publisher

Now that Shaun has had success publishing his own work, he’s ready to dive into publishing others.

“Our goal in publishing other creators is to help them fast track their book to print and distribution. Helping them avoid a lot of the pitfalls we all learn when self-publishing.”

The first comic they’ve snapped up is a mini-series called The 13th Labor, about a time-tossed Hercules thousands of years in the future, where his bloodline is at its end and the fate of Earth lies in the hands of his final descendant.

Shaun hopes it’s the first of many more to come.

“We will only be requesting the publishing rights and leaving the IP with the creator. This was something I was extremely passionate about, as I want the creators to know they will still have full control over their story and IP.”

Shaun says they are open to all types of material, any genre, and they will start actively taking submissions in February 2021. You can find more information soon on his website: www.comics2movies.com.au 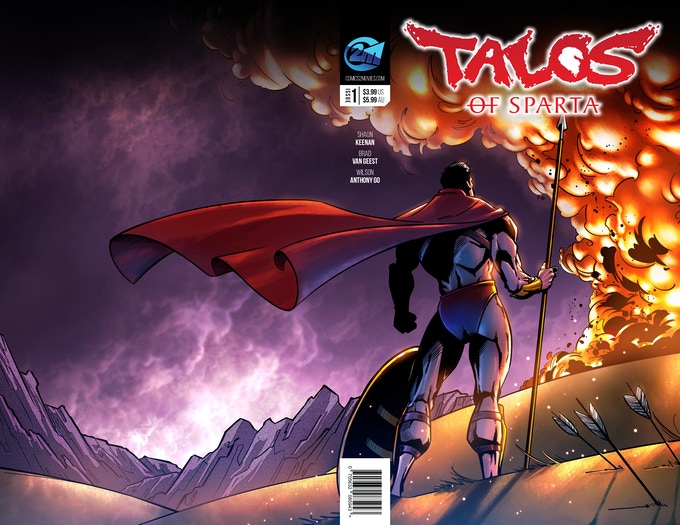 As you might expect, Shaun is not ready to let up any time soon.

“No rest for the wicked! I'll be doing my fifth launch for the year a week before Christmas for a new dystopian cyberpunk detective series called Fractured Shards, co-created with actor Dan Feuerriegel.

“2021 also looks like a massive year with launches of Terralympus Vol 3, Anthology XCT: Monsters, The 13th Labor, and Talos of Sparta Issue #2.”

Shaun credits the ComixLaunch community with keeping him motivated and inspired. But when asked to boil his success down to one thing, he says:

“Being comfortable at being uncomfortable. This is something I live by, as the biggest growth comes from when you are in an uncomfortable place, position, or circumstance.”

Good words to live by, Shaun.

Would You Like to Learn the Strategies Shaun and Other Talented Creators are Using to Take Your Launches to the Next Level?