Running a Kickstarter can feel like a full-time job, so he usually builds his crowdfunding campaigns around off days from work, but he’d already used most of his year's allowance of holidays on his Kickstarter for Cabra Cini: Voodoo Junkie Hitwoman.

Now, with a brand new campaign for his long-running Geek Girl series about to launch, he knew he’d have to run it around his busy schedule. The only question was:

How do you work two jobs without burning out?

How to Build Your Comic Book Audience Over Time

Sam first launched Geek-Girl with a short, black & white comic that came out into 2009, focusing on Ruby Kaye, a.k.a. Geek-Girl, and her college world, friends, and its mean girls.

“It wasn’t the full-scale Super-Hero book that the mini and ongoing series are, but it established the universe and Ruby landing the pair of Super-Tech glasses that grant her flight and Super-Strength powers—and put the character out there, while the long search for the series’ regular creative team began.”

Over the next several years, Sam built the brand slowly over time, using that “zero issue” as a promotional tool to grow his following.

“It also facilitated me doing conventions with Geek-Girl and setting up an online presence for the comic—which lead to the www.geekgirlcomics.com website, where the Mailing List sign-up was later added; and a growing presence across social media.”

With a mailing list and a following in place, Sam was ready to bring his crowd to the premiere crowfunding platform. 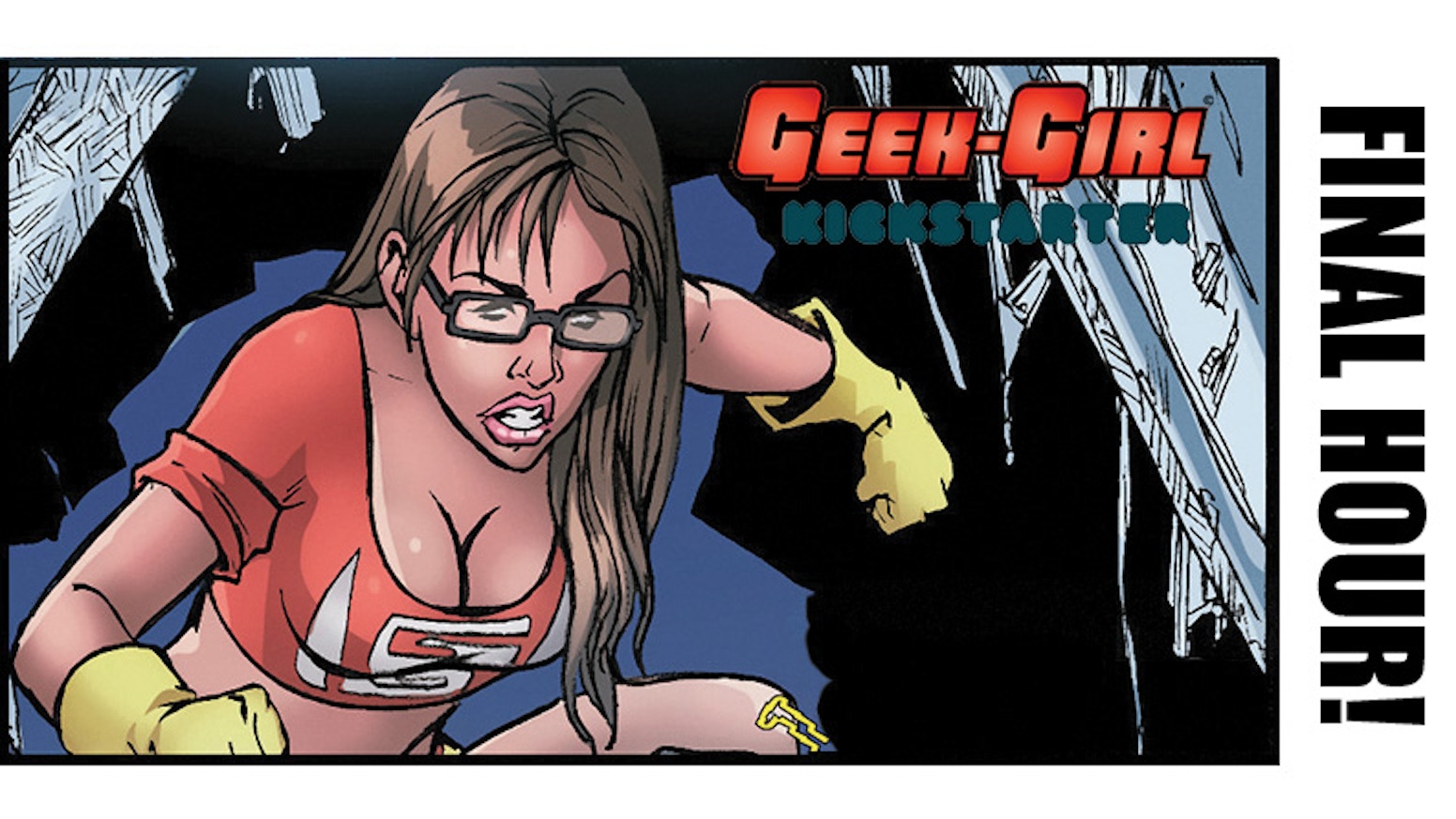 Best Practices for Serializing Your Comic on Kickstarter

Because it’s vital that creators demonstrate they can fulfill before launching a new campaign—backers need to know you will follow through on your promises before they come back—serializing a comic on Kickstarter means more time between issues than it does in the direct market.

Creators have to build the page, run the campaign, and then fulfill it before moving on to the next issue, sometimes meaning there is a gap of several months—even up to a year—between installments. Sam, like many other creators, has a unique solution to this problem.

“I aim to have two new issues at a time available on each Kickstarter, as this makes for better value for money in the shipping than doing a single one (and anyone who’s done a Kickstarter knows international shipping can be expensive).”

Unlike the direct market, which typically sees large orders for a first issue and dwindling numbers with each new installment, creators who serialize on Kickstarter often see the opposite phenomenon.

Because each new campaign is an opportunity to bring on new readers, Sam makes sure every issue of the series is available each time he launches. And he calls it out in the project title.

“Having the most recent Geek Girl Kickstarter entitled ‘Geek-Girl: New and all previous issues’ was a lot more inviting to new readers than having it labelled ‘Geek-Girl #11-#12’ would have been. Using variations of the former as a Kickstarter project name is a strategy I will continue to follow—as well as doing Kickstarters for Deluxe versions of ‘Jump-On’ issues along with new & previous issues.” 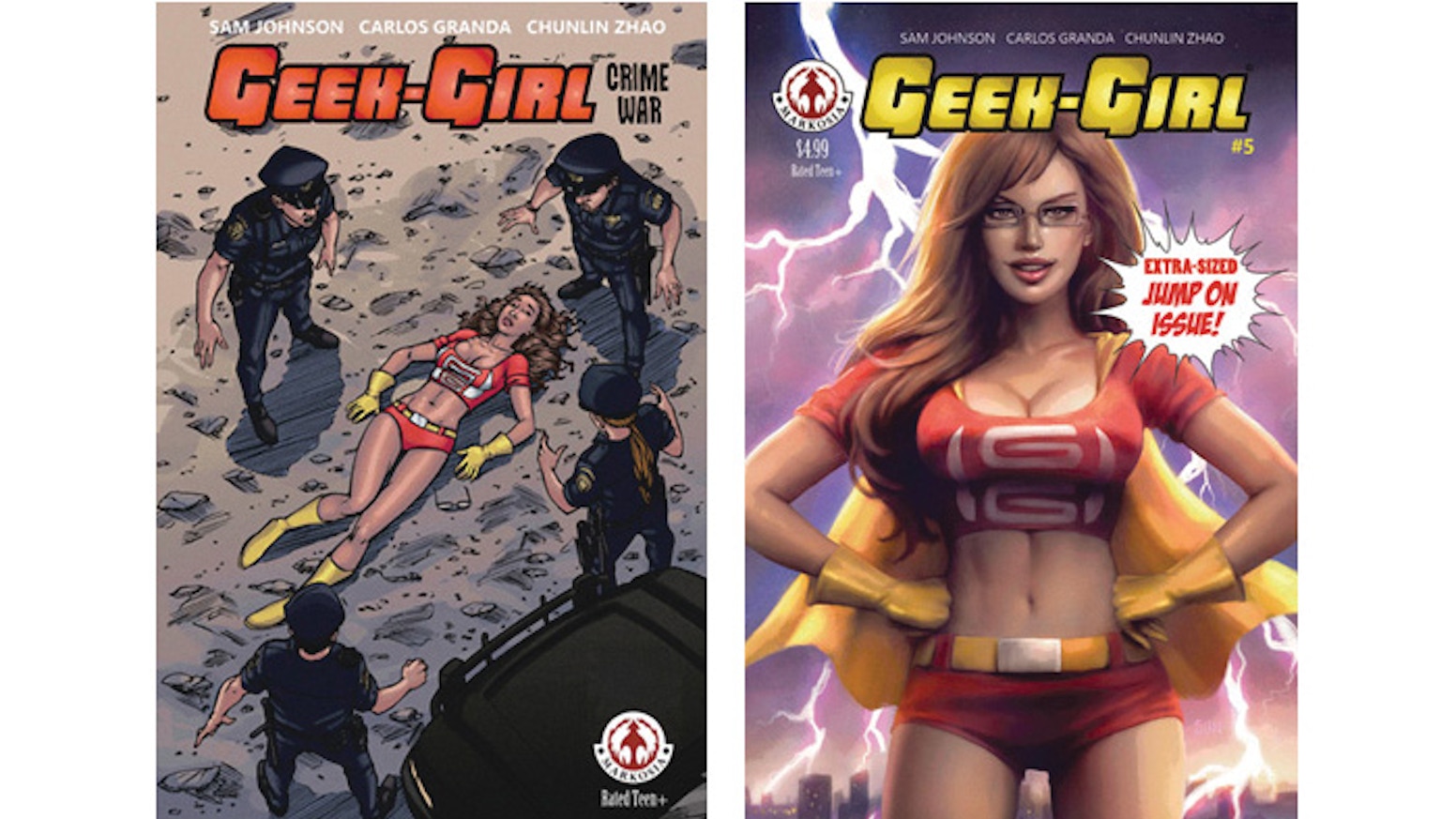 How Targeting the Collector’s Market Can Bring in New Readers

Sam initially planned to offer two new issues of Geek-Girl plus the previous trade paperbacks. But he had extra inventory that he decided to make available as part of the new campaign.

Comic collectors, after all, like to collect. And having those back issues as part of his campaign helped drive up funding.

Sam also took advantage of the collector’s market in another way: variant covers.

“Having a new artist, Narcelio Sousa, do the masthead for our Kickstarter—taken from one of the limited Variant Covers—and following his followers also helped broaden our reach.” 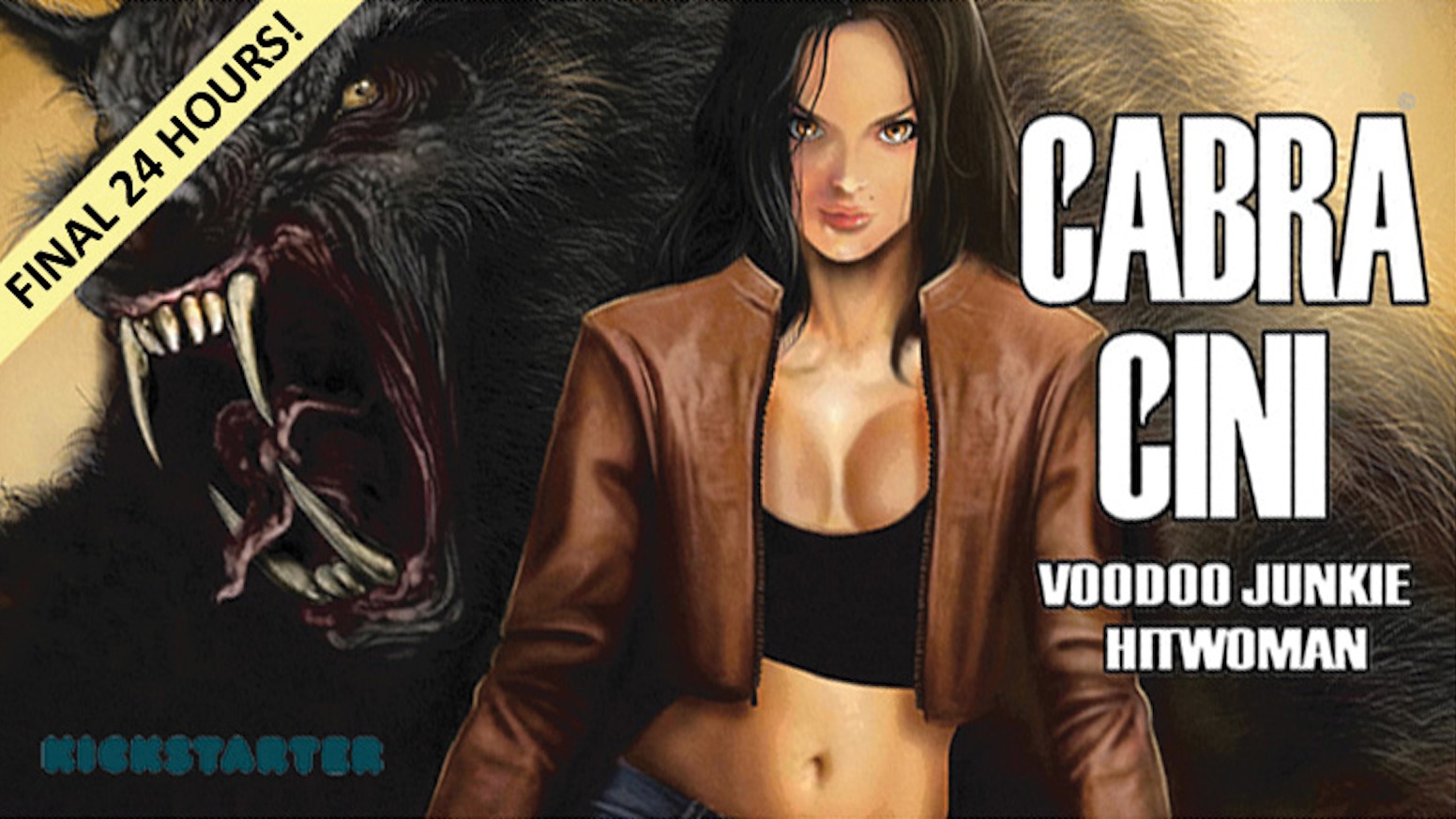 But even with a solid plan for expanding his campaign’s reach, Sam still faced a major hurdle: pushing the campaign on his off-hours from work.

“And with Kickstarters only running for a certain amount of time, I’m conscious to maximise their exposure during that time.”

Some creators combat this stress by running short three-, two-, or even one-week campaigns when they don’t have the energy for a full thirty days. But Sam decided to let it run for a month, even with his time crunch.

And while he didn’t come up with a magic bullet for time management, he did learn that it was a little easier than he feared.

“For me, the energy I get from comics made that work. If I was going from doing the day job to doing something that was a chore, I wouldn’t have the same drive for putting the hours in.” 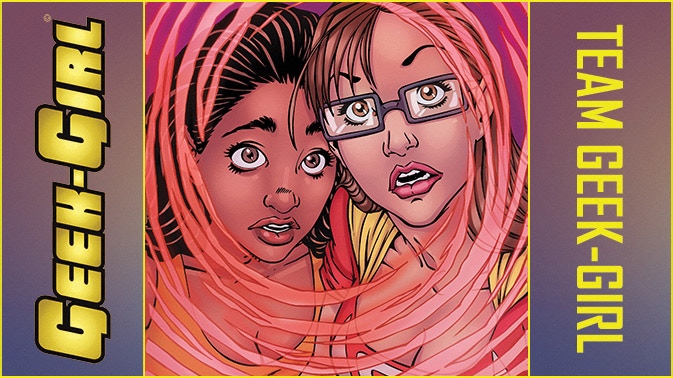 Sam’s Advice for a New Crowdfunders

If Sam’s learned anything over his years of crowdfunding, it’s this: focus.

By sticking to one or two titles, Sam makes sure he’s not getting overwhelmed, and that each campaign builds off the last. And while not every title will appeal to every reader, he uses a time-tested strategy for getting his backers to try a new title.

“Focus on continuing to build your universe and series—in my case, primarily Geek-Girl and Cabra Cini: Voodoo Junkie Hitwoman—which crossover.”

In time, you’ll amass a body of work that makes it easier to implement the strategies outlined above.

“Geek-Girl’s publisher Markosia said that when you get to where you’ve got, like, three TPBS, that’s when things go to the next level, and that has proven to be the case for us.” 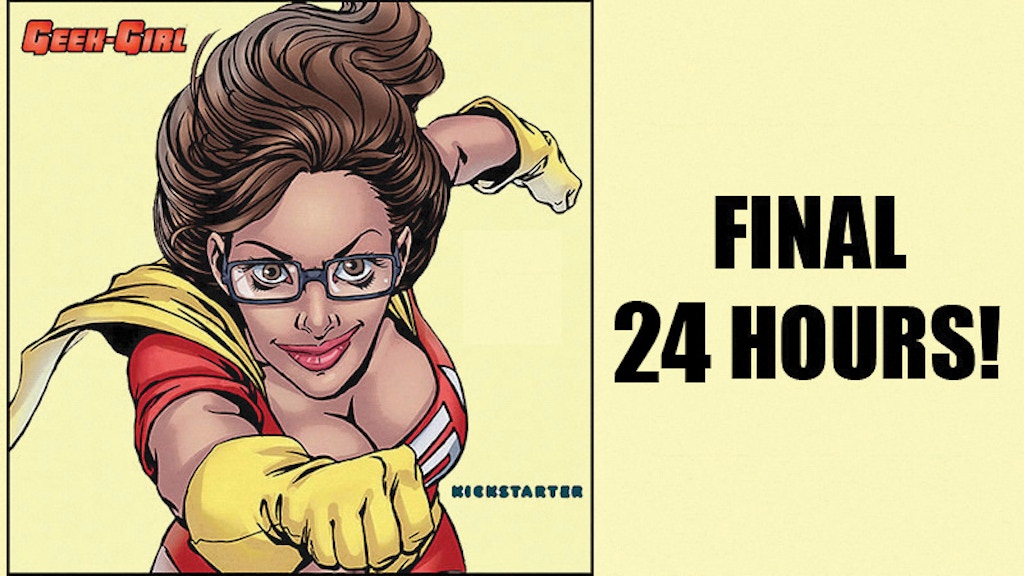 Thanks to all the back issues and trades he now has available, Sam’s latest campaign raised significantly more than its predecessors.

“I’m aiming to significantly increase the number of new readers that come on board the series with these—while still keeping those who've been following us all along.”

We’re geeking out just thinking about it, Sam.

Would You Like to Learn the Strategies Sam and Other Talented Creators are Using to Take Your Launches to the Next Level?