For Ryan Kroboth, the timing couldn’t have been worse.

A few days after he hit launch on the campaign for his art book, BRIGHT IDEAS, DARK MIND, the COVID19 crisis escalated. One week later, the forced shutdowns and work closures began, affecting his wife's employment.

And as the world fell apart around him, he wondered:

Does this campaign even have a chance?

The Seeds of Kickstarter Success are Planted Long Before You Launch

Putting together an art book had long been a dream of Ryan’s, and now that dream was being threatened. Fortunately this wasn't his first go at Kickstarter, and the seeds for success were planted long before he launched.

“I started off a few years ago by following the steps of the ListLaunch course. It set the foundation for having my first successful Kickstarter on a comic called SUNMAKER… By adding the option to join my email list from Kickstarter surveys, I've been able to grow my list with each launch.”

With his mailing list firmly established and a track record of delivering on his promises, Ryan was ready to launch his dream project. As he warmed his audience up to the idea of an art book, Ryan turned to his network to help plan his campaign.

“I looked to the ComixLaunch community campaigns to see what was working and what wasn't, which has helped immensely... Kyle Roberts was particularly helpful. Kyle previously put together his own art book and had a successful launch... I found it highly motivating to get out there and launch my own book."

With a foundation in place, there was one more piece of the puzzle that was missing. 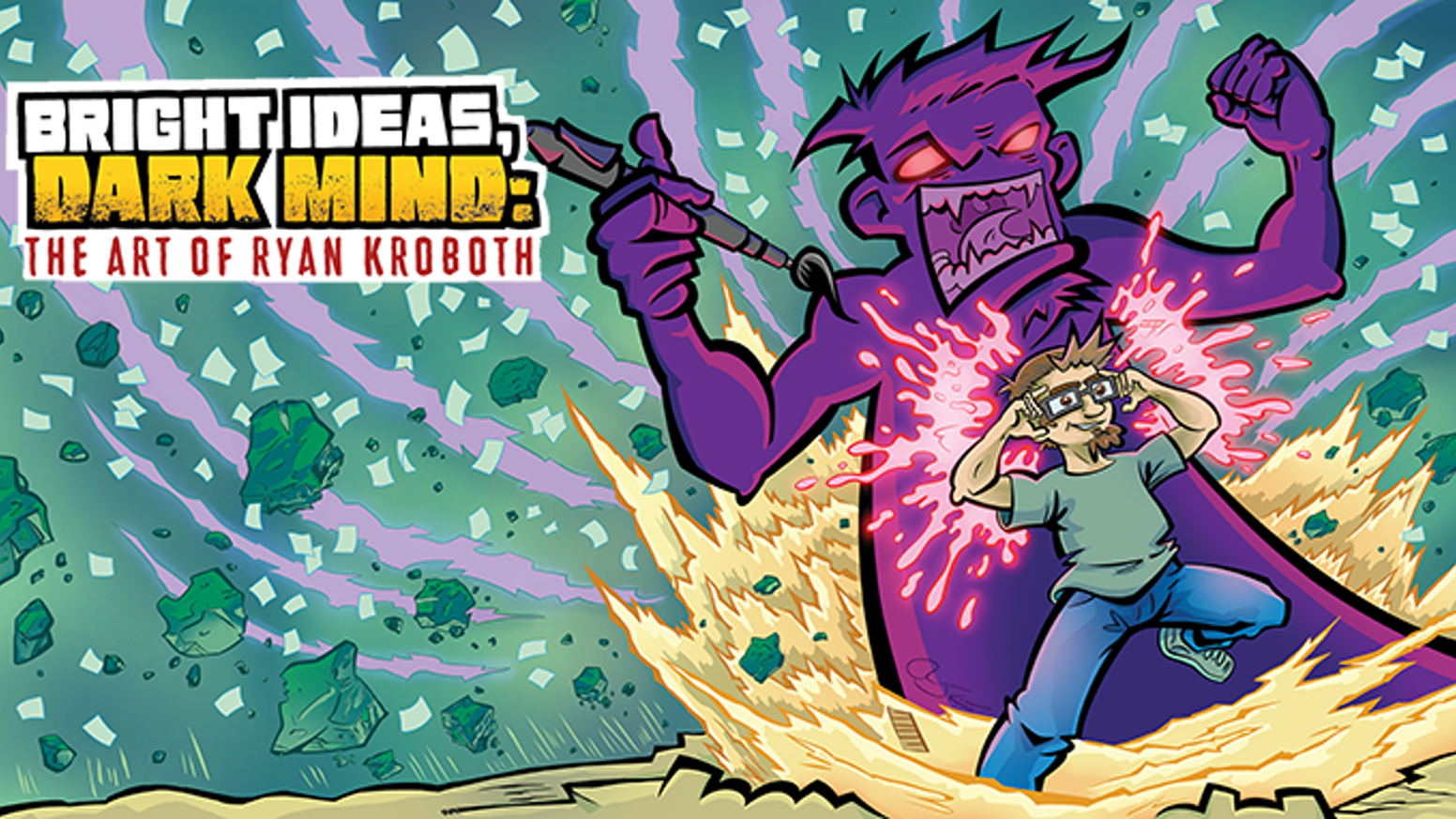 The Importance of Having Kickstarter Campaign Collaborators

The biggest thing that helped Ryan find success this go-round was hiring other creators to help him. The first addition to the team was the book’s designer.

“Dave Lentz did more than help make the art book look professional and polished. With him doing the heavy lifting on the design, formatting, and file creation I was freed up to focus on running the campaign.”

But Ryan didn’t stop at only hiring a book designer. He decided to hire a second designer to focus solely on the Kickstarter page.

“The other creator that helped me out was Brant Fowler. Not having to spend time creating reward tier blocks and headers was fantastic, I'm not gonna lie. But getting back graphics that took the professional level of the Kickstarter page to a whole other level and getting me excited for my own artwork I've seen a million times over? Yeah, so worth it!”

With a team of collaborators helping him out, Ryan had some breathing room when COVID-19 disrupted his battle plan.

And as it turns out, finding that team had been easy. 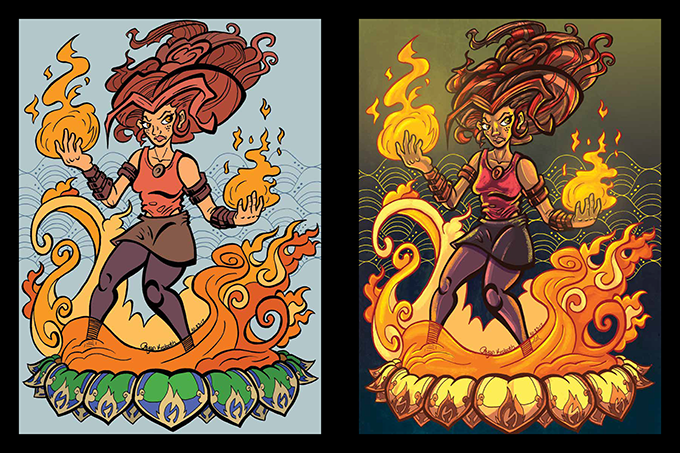 The Secret to Networking

Ryan feels that networking is an important aspect of putting together a team.

“Although calling it networking sounds strange, as it's hanging out with other people who have the same passions I do. By working together we have all pushed further than we could have gone alone. We try to help each other be successful and grow. Like they say, a rising tide raises all ships.”

He met Dave Lentz, his book designer, by chance.

"His wife's parents own a restaurant I frequent, and she works as a server there. I don't remember exactly how the conversation started, but I found out Dave was in the middle of a Kickstarter campaign. I offered to go over the campaign and give him some advice. We've been working together ever since.”

By being friendly and open—and willing to mentor—he met someone who has been a key part of his success. But Ryan met other key figures by joining established communities.

“I met Brant Fowler through the ListLaunch and ComixLaunch courses…Having seen his work on some of the community’s campaign pages made bringing him on a no-brainer. He brought so many ideas to the page that I'd never thought of and brought it to a whole other level.”

With his team in place, Ryan crafted a solid battle plan for the campaign.

And then it all fell apart. 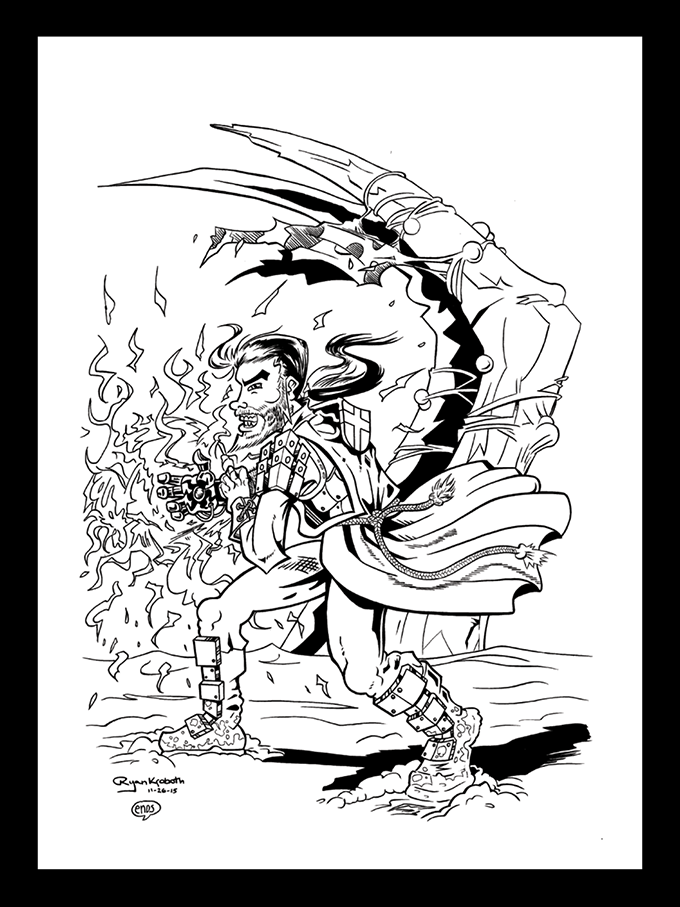 Have a Plan, But Be Flexible

With COVID-19 disrupting his best laid plans, Ryan had to adjust. Fortunately, his pre-launch efforts—engaging his mailing list and past backers—resulted in the campaign fully funding on day two, so he didn't feel the pressure push too hard.

“Instead of the aggressive strategy I planned, which was going to attempt to drive more cold traffic to the Kickstarter page than any previous campaign, I decided to dial it back and focus on my warm audience, the people who had already come out to the campaign.

“The only follow-through from my original plan I kept was cross-promotion with other campaigns… Because I had a solid team working on other aspects of the Kickstarter, I had time to reach out to other creators for cross-promotion opportunities.”

He also implemented a simple trick for promoting on social media. 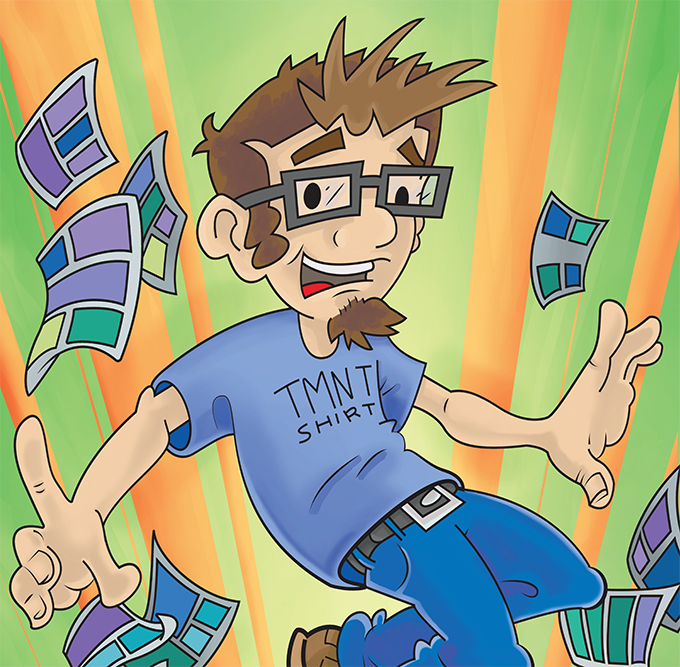 How to Promote Your Work on Social Media

Because the book was finished ahead of time, Ryan had lots of assets to show off.

“I think the best advice that I didn't fully realize at first is that your art will be your best asset, so use it! I was so set in thinking that when someone cracks open the book for the first time the work should be brand new to them... I didn't realize the potential of sharing the illustrations beforehand. That ended up being the best part of my campaign, I feel.”

Each day, Ryan took a piece of art from the book and posted it to social media (Facebook, Twitter, and Instagram) once in the morning before work. That was it.

“It turned out to be a pleasant way to promote the book. I had much better engagement than posting a link to the Kickstarter page over and over. In a time when people needed art and entertainment to take their mind off the craziness in the world, it was welcomed.”

Was it ever. Despite a worldwide pandemic and the extra stress it caused, Ryan’s art book funded at 126%.

BRIGHT IDEAS, DARK MIND was Ryan’s first attempt at branching out in the illustration genre instead of just comics. And hopefully not his last.

He’s also hard at work on the final issue (and eventual trade) of his creator owned series, SUNMAKER. Ryan’s also trying not to take on too much new work, so he can focus on his ultimate goals.

“I’ve been continually working on getting better at being sure the projects I take on are the right projects and work within my schedule… By being sure that the things I do work on are ones that I'm passionate about, I hope it comes through in my work. And hopefully that will mean finding more opportunities in the future.”

And his last word of advice for creators looking to try Kickstarter?

“Don't do it alone! Go out and find a community of people who have the same goals as yourself, push forward, and accomplish the dreams you have.”

Would You Like to Learn the Strategies Ryan and Other Talented Creators are Using to Take Your Launches to the Next Level?