It had been a year since he'd run a Facebook Ad campaign, and he felt pretty pessimistic about their performance after the enhanced IOS privacy protections were put in place.

But as his campaign for TURNER FAMILY TERRORS #3 moved into the Dead Zone, Rob’s Facebook ads were performing three times better than they did on his last Kickstarter.

Now, with a carefully planned PR strategy and only so much money to go around, he had a choice to make:

Stick to the game plan or throw more money at ads?

Building a Foundation for Kickstarter Success

Two years ago, when Rob was first starting out on Kickstarter, he didn’t have an email list or an audience he could regularly write to. But he knew an important part of crowdfunding was bringing your own crowd, so he got to work right away building his foundation.

“When I joined the ComixLaunch Pro group, I first tackled the ListLaunch modules, created the newsletter, and started my list. Once I had 100 subscribers of family, friends, and fans, I switched over to the ComixLaunch AdLaunch module and tried to figure out Facebook Ads to grow my audience even more.”

He gave away the first issue of TURNER FAMILY TERRORS as an incentive, and as a result, Rob quadrupled the size of his email list. He also continued to grow his newsletter by asking backers in the post-campaign survey if they’d like to join.

“What I’ve learned about audience building is you should tackle it from a few different angles and don’t be afraid to experiment…I’ve recently teamed up with a dozen other Comix Launchers to form the Urban Fantasy Book Club. I was the first featured creator of the monthly club, and it's been another avenue to grow the list and reach an even wider audience.”

With a solid foundation in place, Rob was now ready to harness the power of community. 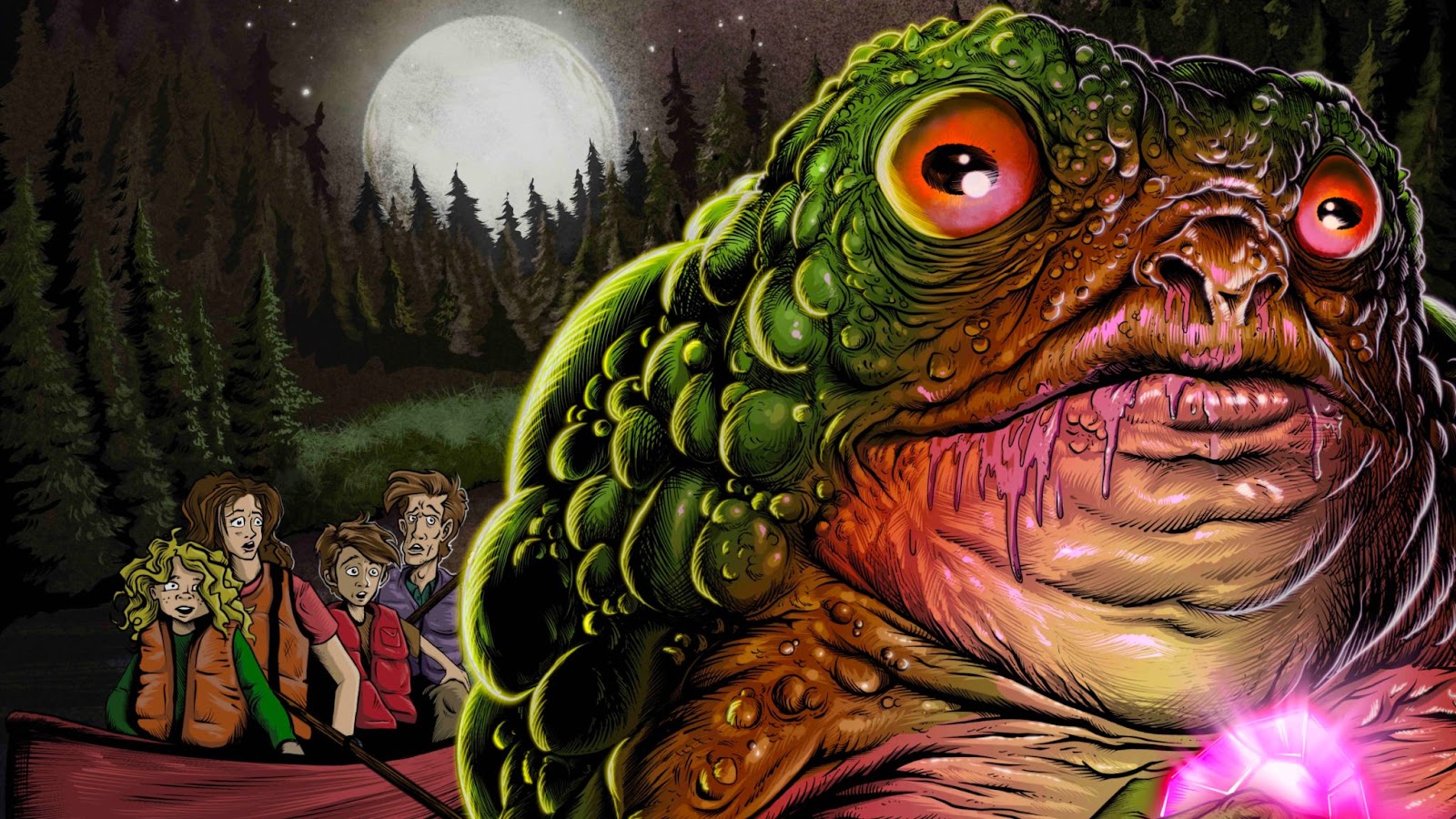 The Power of Community on Kickstarter

Right away, Rob noticed a difference.

“The big difference between issue 2 and issue 3 was that this was my second Kickstarter using the ComixLaunch approach. For my last campaign, I was running around like a madman setting up the foundation for success - launching the newsletter, learning FB Ads, and introducing myself to the indie community. I was basically figuring it all out. This time around, I had that foundation already in place, so I could build upon the success of what worked and try a few new things along the way.”

Not only did he have a solid base of supporters to draw from, he was firmly plugged into the Kickstarter community, something that’s imperative for success on the platform.

“For me, the most important part of ComixLaunch are the relationships you build with your fellow Launchers. I was able to collaborate with colorist Wes Hartman on our ‘Art Nouveau’ Variant (Illustrated by Kyle Roberts). I snagged pull quotes from Tyler James, Big Tim Stiles, Christopher Brimmage and others. I cross promoted with buds like James Powell and Farhan Quereshi. And I jumped on live streams and podcasts with Clay Adams, M. Sorcier, Kevin Joseph, and Will Allred to promote our campaigns. It felt like every creator I knew from ComixLaunch was launching a book, making it a special month with all of us supporting one another and sharing the love.”

With his foundation in place and a community of fellow creators ready to support him, Rob was able to experiment and have fun. 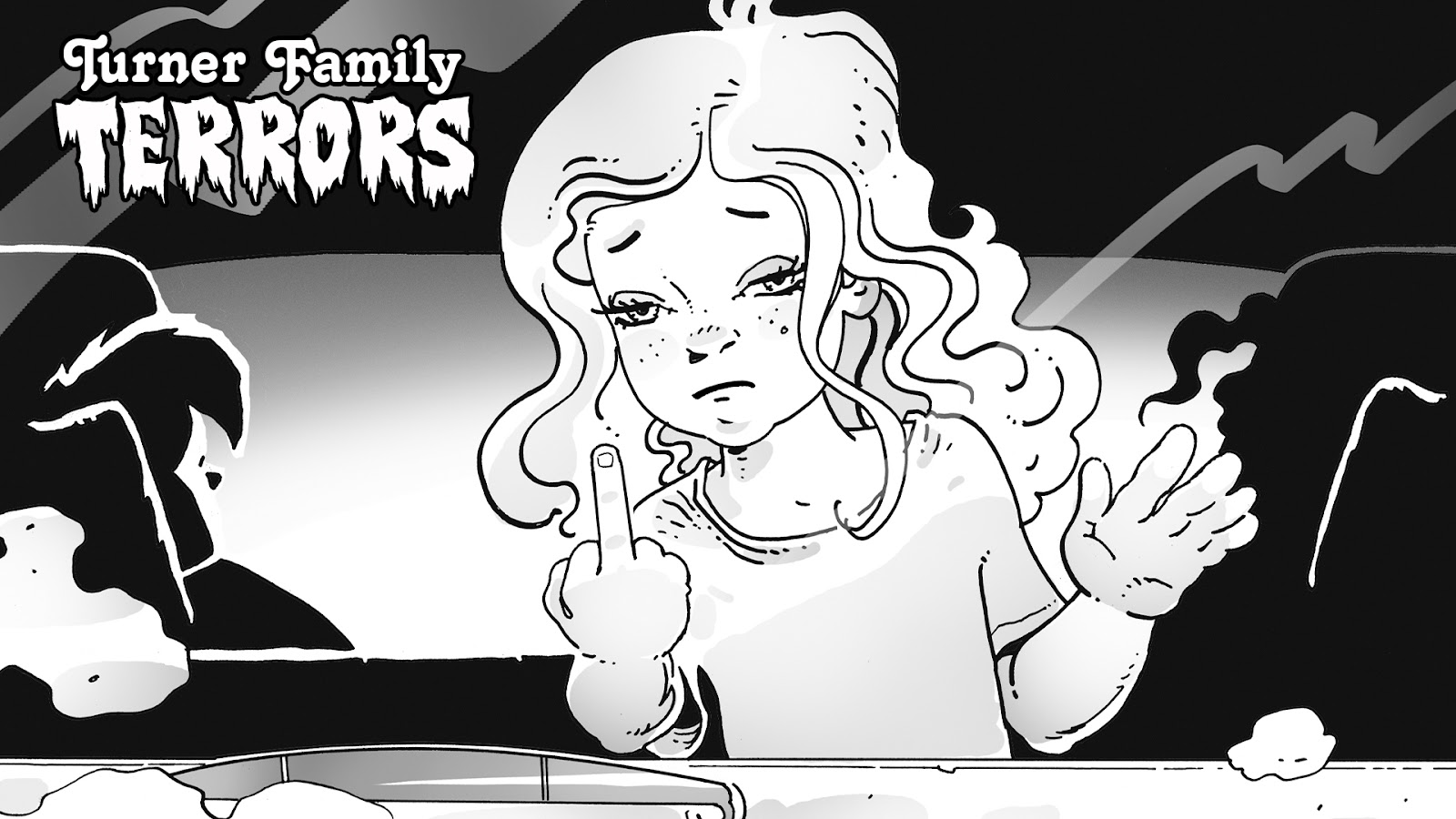 Experimenting with Your Kickstarter Campaign

Among the new things he tried this time: early bird rewards, an Indie Comics Bundle, a crossover print (with Wes Hartman’s SAVAGE SASQUANAUT), and Backerkit Launch. He also charged for shipping this time rather than building it into the price of his tier.

“That allowed me to use the power of the nines and get the cost for my physical comic down to $19. I think I would do that again, as my general sense was that backers were accepting of the fact that they’d be charged a few bucks on the back end for shipping.”

Most of these strategies were successful. And despite some mistakes setting up BackerKit Launch, he says he would recommend the service.

“When I set it up, I mistakenly imported my newsletter email list into its email database. It wasn’t the end of the world but I think it added a layer of redundancy to the emails sent to my newsletter audience. So my advice would be to keep those two separate. Let Backerkit Launch send its simplified text emails to your former backers and keep your newsletter list separate, sending out its longer emails with graphics, etc.” 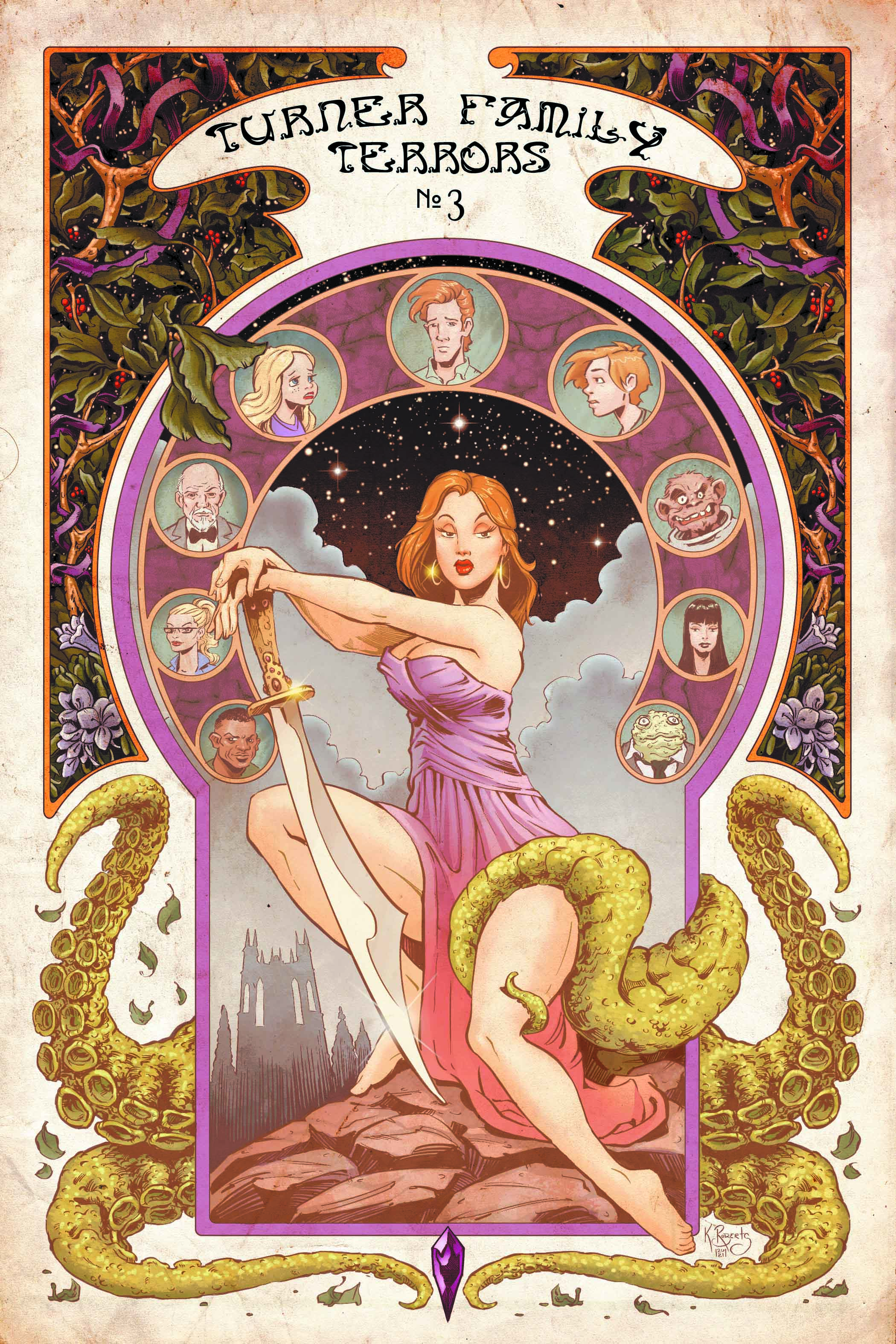 Working with a PR Firm for Your Comics Kickstarter

After having little bandwidth for promotion on previous campaigns, Rob was determined to hit the PR circuit hard.

This time around, he went on eight Podcasts and live streams. Some he reached out to months in advance (Blake’s Buzz and Explain Yourself) and a few invited him on as the campaign progressed (Keeping it Geekly, and Bitsy Tandem’s Iseakai Interviews).

Rob found he liked connecting with other guests. The camaraderie provided a stress reliever during the campaign, and he’d see quantifiable results in his numbers afterwards.

And in addition to using BackerKit Launch and FB Ads, Rob wanted to experiment with additional promotion by hiring an outside firm.

“I’m always up for trying new things (that was sort of the theme with this campaign). The trick for me was I couldn’t really break the bank by doing so. After receiving some recommendations from fellow ComixLaunchers, I hooked up with Nita Lanning and her Ragin’ 2 Promotions for help with social media promotion.”

Over the course of the month, Nita flooded Ragin’s Facebook and Twitter channels with updates on the campaign. With each new week, Nita was out there highlighting every twist and turn, promoting each stretch goal and Kickstarter milestone.

“After tracking the results, I give Ragin’ a lot of credit for helping to create a steady stream of backers during the month and minimizing the Dead Zone. Plus it was fun having a partner in crime working behind the scenes alongside me to help promote the campaign. I would definitely team up with Nita again.”

So with a carefully crafted strategy, what did Rob choose to do with his Facebook ads when he saw how well they performed? 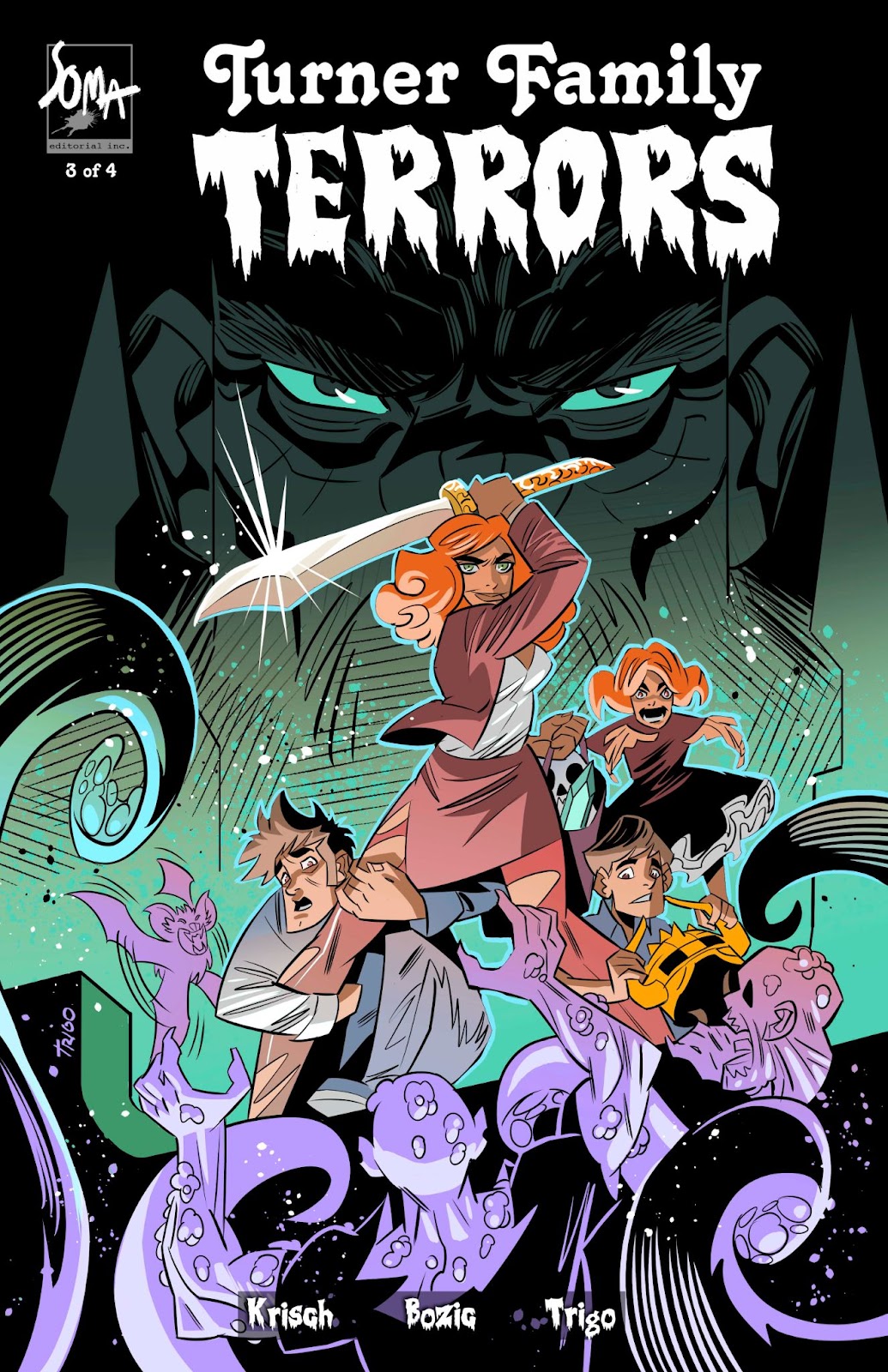 In the end, Rob decided to allocate more resources to the ads.

With two Facebook Ad campaigns under his belt, he knew what he was doing, and his Turner Family Terrors Facebook page had grown even larger since he last used them, so he had a wider audience to target.

“I created lookalike audiences from all my pages, and those audiences performed the best. Before the Kickstarter launched, I tested two kinds of ads: a timelapse gif of my artist illustrating the cover and a single image ad of one of my variants.”

The timelapse ad performed twice as well, so Rob ran that one ad for the duration of the campaign.

“I basically followed the ComixLaunch AdLaunch formula, spending around a third of my budget on days one and two, another third on the final two days, and the remaining third spread out over each day of the campaign.”

All of Rob’s efforts paid off, landing him his highest funded Kickstarter ever and more than 200 backers—his personal goal for this campaign. 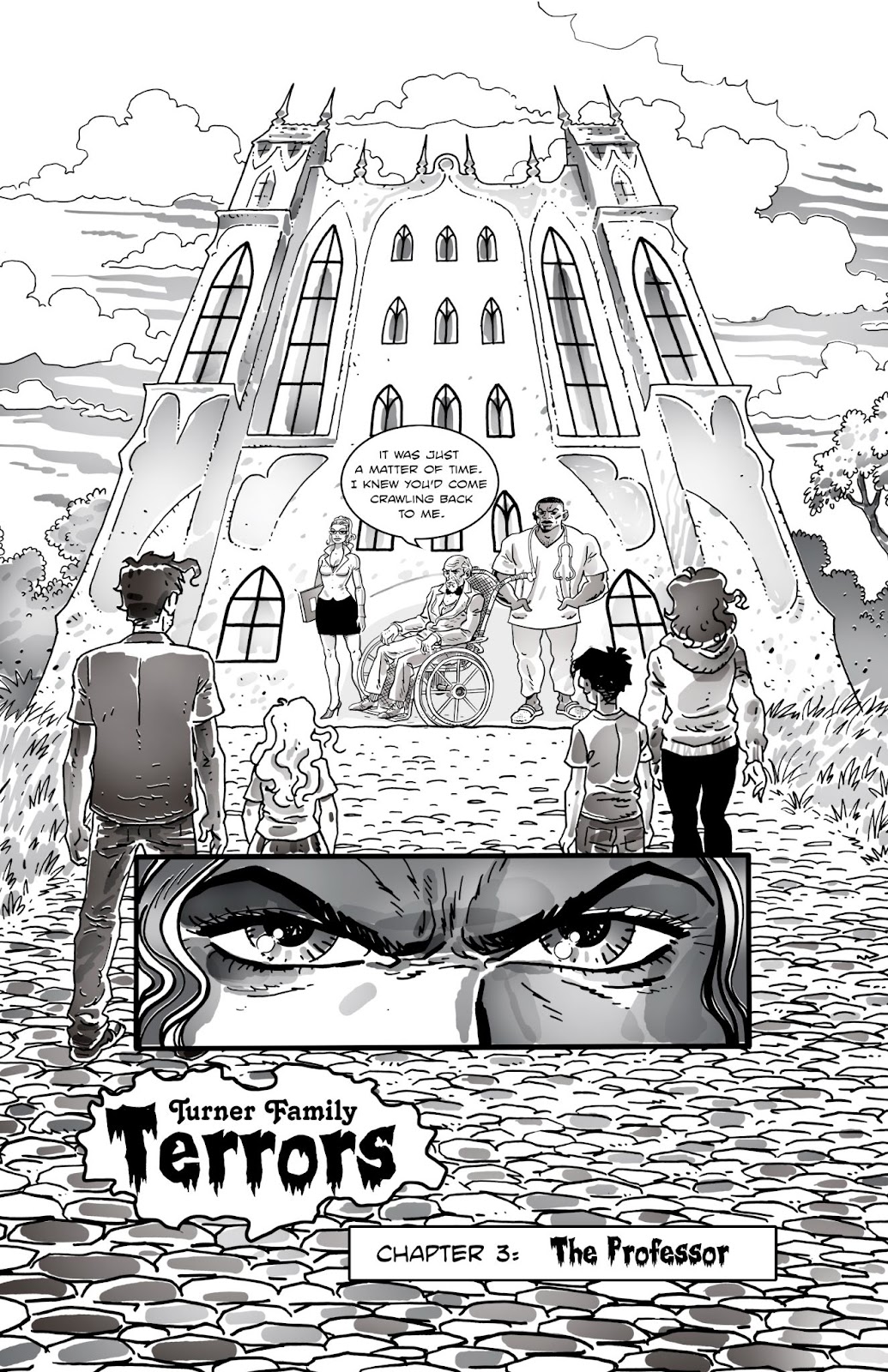 Rob’s currently knee-deep in fulfillment of Issue #3. And he’s talking with a few publishing companies about bringing TURNER FAMILY TERRORS to the direct market.

In the meantime, he’s working on getting his work out there any way he can.

“Artwork for issue #4 will be done soon, with a release early next year. A TFT short will be featured in the upcoming anthology Concrete Arcanum set for a September launch. And hopefully we'll get another plate appearance with Nightmare Theater 3D in 2023. So lots of fun in store for the future.”

Would You Like to Learn the Strategies Rob and Other Talented Creators are Using to Take Your Launches to the Next Level?