Despite all the challenges life threw at him, Nima knew it was important to stay the course. He likens overcoming distractions to the grit and determination a professional athlete displays on the field.

“I’m a huge NBA fan and have been since my teenage years (though I don’t play as much basketball as I used to!). And so you see this time and again in crucial games, especially pivotal games in the playoffs where the true character of players is revealed. What does it come down to? A willingness to grind it out. Do you really have what it takes to push through when things are difficult?”

To deal with life's distractions, Nima practices meditation and yoga to help him stay grounded and sane. The truth is that “real life” always brings up challenges, time and time again, and Nima has accepted that, knowing that with a little self-care, he is capable of dealing with anything life throws his way.

“I remember an old friend telling me once that the universe won’t send you what you cannot handle. I am really down with the idea of karma and karmic debt; it’s a way to process and understand what can sometimes seem like the lunatic circus of life. So, for example, I was meant to lose my job, as it led me to finally being pushed out of my comfort zone.”

Nima's other problems would need a more direct approach.

Why You Should Find Your Printer Before You Launch

Because Nima’s book was glow-in-the-dark, his printing options were limited.

“Every printed page has an additional silk screened layer of the night luminous inks printed onto it, [so offset is] really the only way to get it made. It was hard, because so many printers knocked me back or gave me these crazy unrealistic quotes.”

But perseverance paid off. Nima continued researching and reaching out to printers until he finally found one willing to do the work without an insane price tag. Nailing down exactly who would be doing the printing helped Nima figure out the logistics of his campaign.

“There was no way I could formulate a plan for shipping, pricing, and all that other stuff until I had a solid quote from a reliable printing partner. They have displayed nothing but excellent customer service to date; having an open communication channel with your printer is key.”

Once he had the logistics figured out, he turned his attention to what he felt was his biggest weakness: promotion. 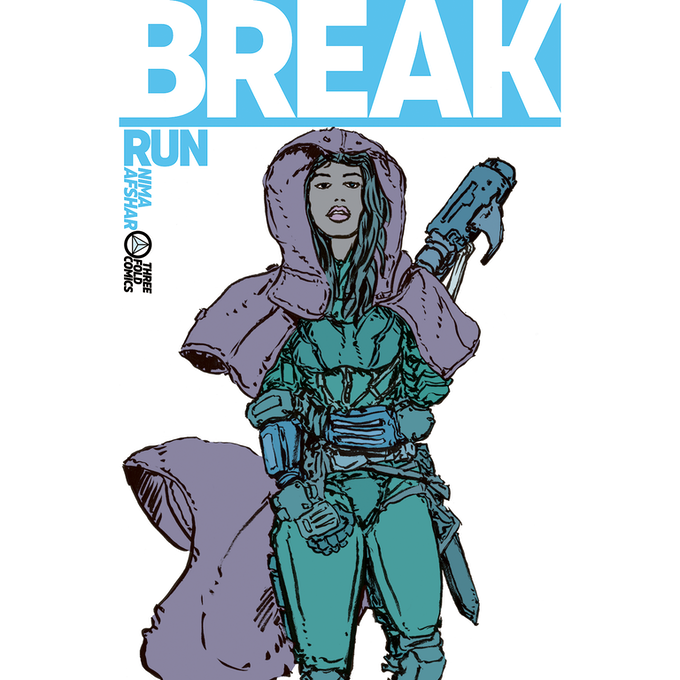 How To Choose The Right Viral Giveaway To Grow Your Audience

Nima chose to run a viral campaign to help grow his audience ahead of his Kickstarter. He took detailed notes on ComixLaunch podcast episodes 186 & 187 and came up with a plan that would ultimately see his mailing list balloon from 130 people to 1000 at launch.

“When choosing a Viral campaign prize, I think it has to align really closely to the project, and the rewards need to be so incredible people just want to join up then and there….I also took an unorthodox approach and kept my competition rolling till the end of the campaign; now I have 2400 subscribers on my email list.”

His campaign prize was all six volumes of Katsuhiro Otomo’s Akira manga, the new Akira 4K & Blu Ray set, and a hard to find set of Akira PVC Figures. He could tell from the comments on his Facebook and Instagram ads that he had a compelling package, but the key challenge was converting fans of the giveaway into fans of his own work. Not everyone stayed with him—a lot of people unsubscribed—but because he chose his campaign prize carefully, he felt like he had a good chance at finding crossover appeal.

“I feel the key is aligning the prize as closely as possible to the actual thing being produced. My approach from day one has been to use little or even no text in my comic book work, and much manga includes pages of action with subtext….This is true especially with AKIRA, which can sometimes feature pages of action without a caption or dialogue balloon. Plus both my story and the manga include violence, lightning fast action and pace. Because I was inspired by Akira, I think some of those Akira vibes translated across to my own work, thus providing a bridge for potential fans to come over and get into the work I make.” 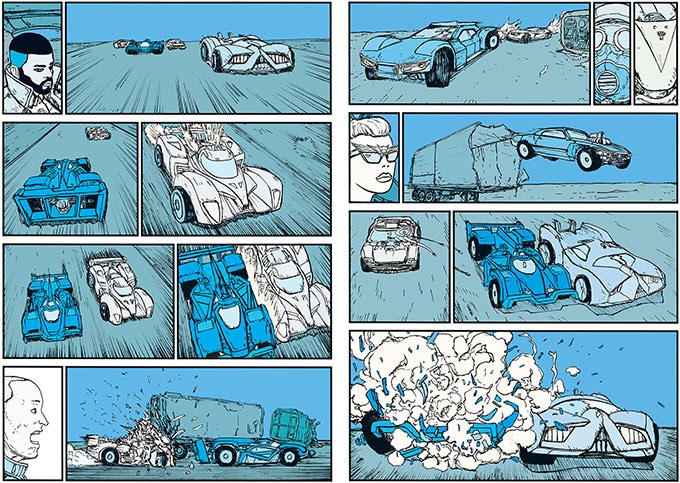 The Benefits Of Failing Fast—Publicly

Nima put in a ton of work to get where he is today. He spent more than twelve years making comics, diligently subscribing to Malcolm Gladwell "10,000 Hour Rule". But if he could go back in time five years and give himself some advice, it would be this:

“Don’t be afraid to grow up in public. If I had just posted webcomics and built my audience this whole time, I would be so much further along at this point. It’s weird, because in my early twenties when I started DJ-ing and promoting events, I wasn’t afraid to grow up in public, and I played some pretty terrible DJ sets. But [with comics] I really wanted to work to be good before putting it out there, and I know I would have improved faster had a I ‘failed faster’ in public.”

Nima understands that by putting his work in front of an audience and seeing how they respond he’s growing faster as a creator. And he’s learned that putting himself out there isn’t as scary as he once thought.

“I discovered the real meaning of Kickstarter. I mean, I had heard people say it before, but the word ‘community’ comes to mind. I felt like these backers who came on board were like long lost friends who I was reuniting with. It was super cool… I mean, these people are just so amazing and supportive.” 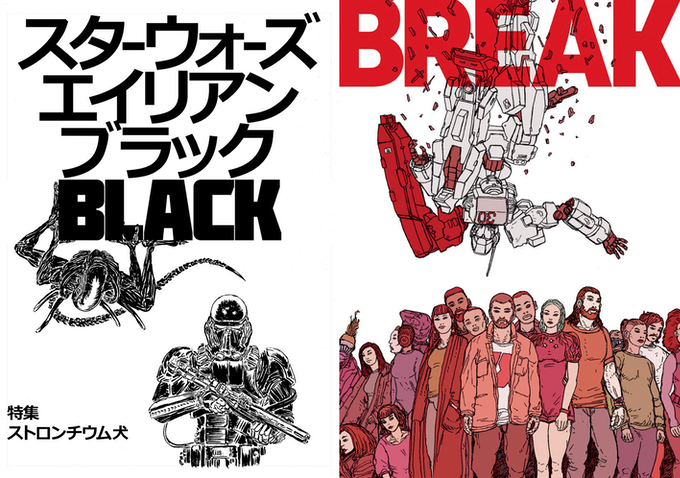 Nima’s next challenge: getting his book in front of an even wider audience.

“I’d really love to have a publisher pick up this book for direct market/bookstore distribution... It really is a novel experience—no one has ever made a full length glow-in-the-dark comic before, and it looks super cool, especially under black lights... The fact that it’s an all-in-one one-shot makes it an appealing direct market product.”

Even with bigger ambitions, Nima knows it's important to keep his Kickstarter backers happy.

“The work paid off, but this is just the beginning. Now the key is to fulfill this project and make the next one better.”

Would You Like to Learn the Strategies Nima and Other Talented Creators are Using to Take Your Launches to the Next Level?