How Melissa J. Massey Bounced Back From a Failed Kickstarter Campaign And Grew Her Audience Ahead of a Successful Launch

After her first Kickstarter campaign for THE ALCHEMIST OF AURILLIA failed, she knew she had a lot of work to do to get the relaunch funded.

With a community at her back and a plan for success, it was time to roll up her sleeves and make it happen.

How to Expand Your Audience Between Kickstarter Launches

One takeaway from Melissa’s failed campaign was that her audience wasn’t big enough to support her goals. So she immediately set out to remedy that using Facebook ads.

“Paid ads are very tricky—you really have to know what you’re doing. Thankfully we have Ad Launch as a resource, and I’ve done a lot of Facebook ads in my day job as a digital strategist.”

Melissa created a compelling offer, using the tried and true strategy of giving away the “first hit free.” By targeting a few key groups, she hoped to not only add people, but gather data over time to keep refining her targeting.

That process of refining was key. As it turns out, Melissa was about to learn some surprising things about her audience that may have helped her first campaign... 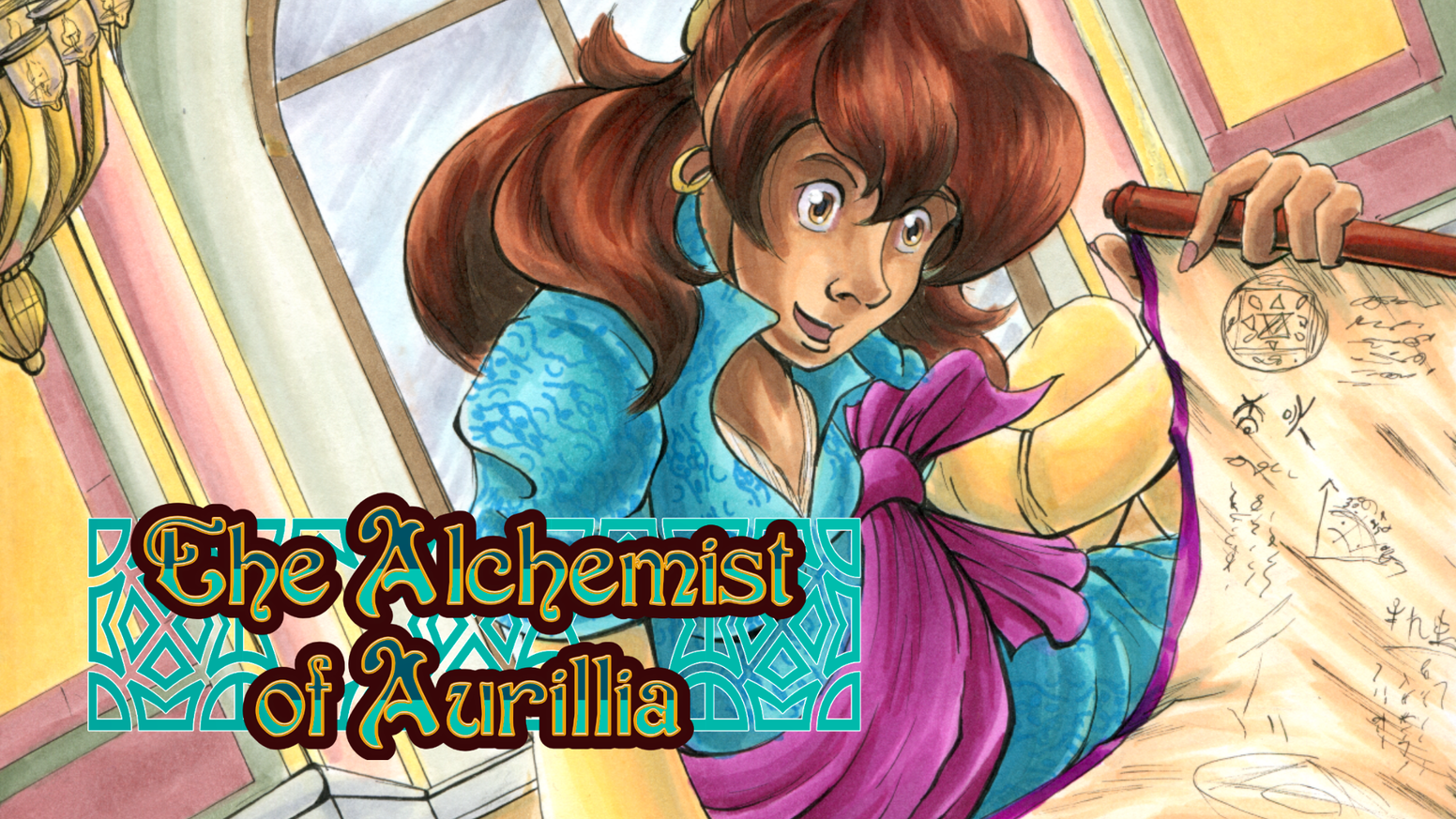 Like any good marketer, Melissa had created an ideal “avatar” on paper—the person she thought was most likely to support her books. The problem? That wasn't who was reading them.

“For a long time, I was leaning very hard into my ideal reader avatar that I had built up, but found out over time that my ideal reader wasn’t my real audience. Once I learned to let go and instead lean into my actual audience, things went a lot smoother and I was able to find the people who wanted my books instead of chasing after people who clearly didn’t.”

This was a crucial part of her audience growth. All too often, creators get stuck in their heads, following a “marketing strategy” as if it were paint by numbers or a pancake recipe. Instead, Melissa was savvy enough to use surveys to learn more about her readers and what they wanted.

“I did two surveys with them—one about what their preferred Kickstarter rewards were, and one to help me pick the cover art for the book. These were some of my highest performing emails, and they helped me give my audience exactly what they wanted. I don’t really like to make prints, so knowing my audience didn’t want prints either saved me time and money. Knowing what they DID want helped me to pick better, more fun rewards that I was excited to make.”

But Melissa didn’t solely focus on her growing email list. There was another very important group of customers she didn’t want to forget about... 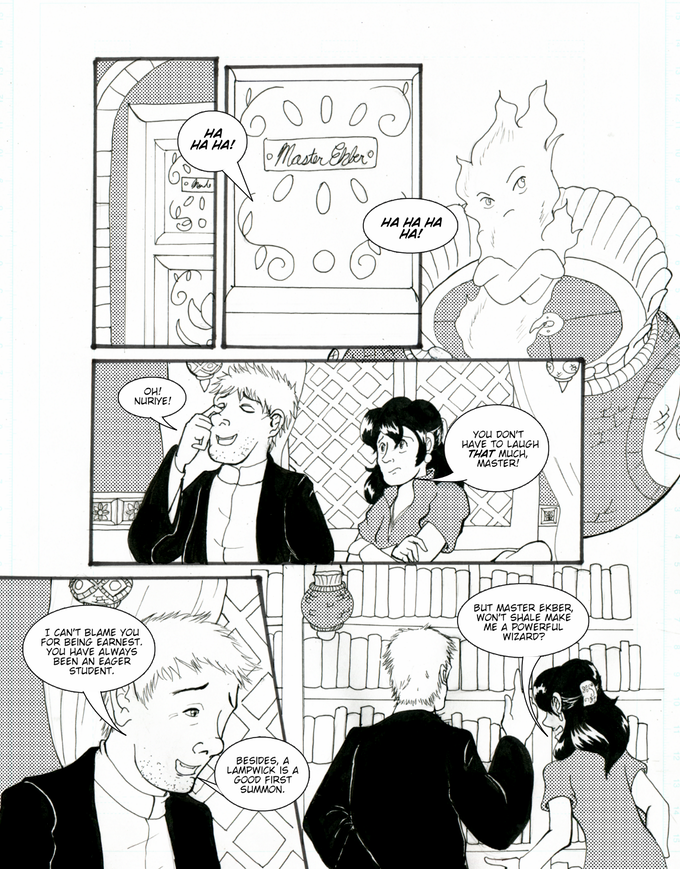 How To Re-Engage Kickstarter Backers After A Failed Campaign

Melissa also used the time in between launches to re-engage her original supporters.

“After the first failed launch, I made sure to keep in touch with those backers. They ended up being my core audience this time around and really coming through for me. Using Kickstarter’s messaging system, which is now my new favorite thing, I was able to directly talk to the people I knew wanted this book, and I was also able to show them my gratitude.”

Part of her strategy was to offer these backers a special deal not available to the general public.

“I did a ‘secret launch’ day for backers from my first failed campaign that included two limited time tiers for that day only. This brought in a lot of people right from the start, and we ended up funding 76% on that day alone.”

But that’s not to say the rest of the campaign was without challenges. 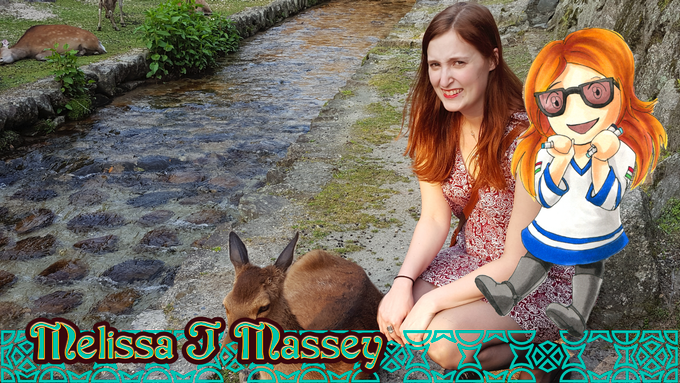 How To Balance Your Day Job With Running A Comics Kickstarter

The biggest struggle for Melissa was balancing her Kickstarter work with her day job.

“I have wanted to be a comics creator from the time I was 12, but was always told I’d have to get a 'real job'. So once I graduated college, it was always a balancing act of going to work and then coming home and making time for comics. Having a specific schedule of what I do from the time I wake up to when I go to bed at night has been critical, and once I got into the habit of 'get up-exercise- go to work-come home- make comics', it was easy to keep the momentum going.”

But adding a Kickstarter campaign to the mix threw her whole schedule off.

“I was trying to still do everything at once, but was running myself into the ground and actually accomplishing nothing. I had to learn to give myself permission to put things aside, especially if they weren’t pushing my career forward. Once I started to evaluate my projects in this way, I was able to find some focus and get down to business.”

Having that ruthless focus—and planning her campaign around a relatively slow time at work—made all the difference for her relaunch.

Thanks to all her hard work, Melissa’s second campaign for THE ALCHEMIST OF AURILLIA fully funded in the first 36 hours. The unexpected success left her scrambling to set up stretch goals--and excited for the future.

“I wasn't someone who had sold a lot of book either online or at conventions. I also wasn't sure exactly who my audience was besides my friends. Now I have a very good idea of who will like my books and how to talk with them. Having that fan base is a really nice feeling—it feels like I have solid ground to stand on, which will help me as I go forward to the next launch.”

That next launch will be her biggest one yet: a trade paperback for her main webcomic, BLACK BALL. Funding such a big project will take focus, but Melissa is ready to tackle the challenge.

“Thankfully, the Comixlaunch community has been helping me to reframe my perspective and way of thinking to really zero in on my goals and focus on what will really accomplish them.”

Would You Like to Learn the Strategies Melissa and Other Talented Creators are Using to Take Your Launches to the Next Level?