Mark Abnett was a victim of his own success.

All five issues of his comic THIS LAND were completely inked before he launched issue 1.

The plan was to serialize each issue on Kickstarter in order to cover the cost of coloring and lettering the last three issues (issues 1 & 2 were already 100% complete).

So over the span of 14 months, Mark ran Kickstarters for issues 1-4 and regularly fulfilled ahead of schedule, giving his backers confidence in his ability to deliver.

A few campaigns in, Mark realized his plan was working well.

Because his supporters knew if they were patient, they could save on shipping by skipping the middle campaigns.

So, now Mark had to figure out:

How do you run successful Kickstarter campaigns when your most ardent backers are sitting them out?

How to Build Loyalty in Your Kickstarter Audience

Mark had spent considerable time and energy building his audience before launch. And he attributes his success to a few things:

“Regular communication and interaction are key. Be consistent with your tone and get personal. This will form a connection and a level of understanding that will create a stronger bond with your audience.”

He also stresses the importance of staying positive.

“Anyone can complain (and a lot of people are at the moment!), but if you can bring joy and humor to someone and give them memorable positive experiences, it will resonate more with them than negativity.”

And perhaps his biggest takeaway:

“Under promise and overdeliver. Yes, it's a very cliche thing to say, but it works every time. If you think you can fulfil an obligation or commitment to your audience sooner than expected, do it! The gratitude and feeling of being on the inside or in an inner circle with an exclusive look and access before others are simple and effective and make an immediate impact and impression on your audience.”

But now that very reliability threatened to upend his whole plan. 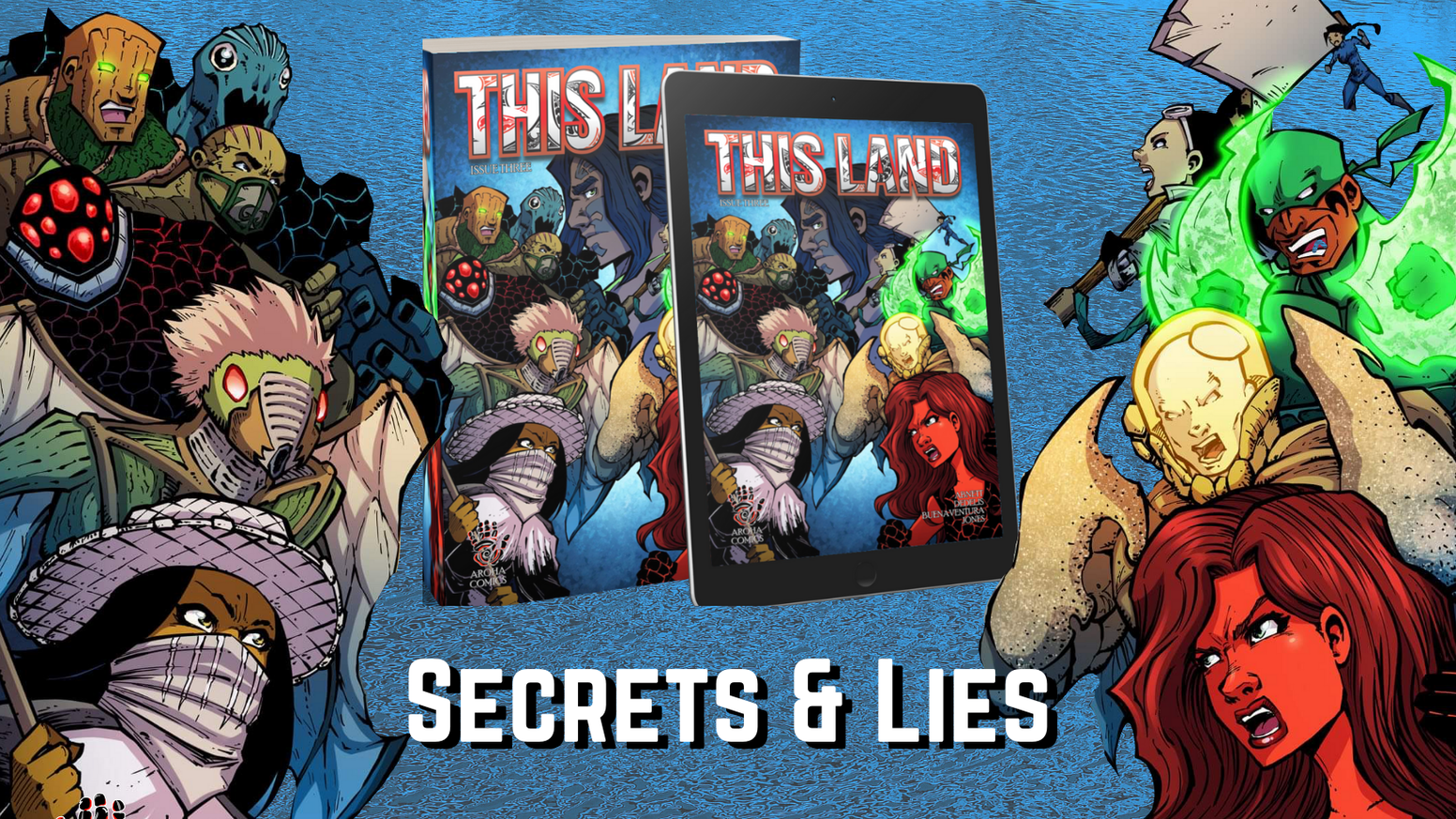 How to Lure Lapsed Supporters Back to Your Campaign

In an effort to win back lapsed backers, Mark decided to offer bonuses to his most loyal supporters, giving extra rewards and exclusives for people who back every campaign.

He made sure to alert them to these bonuses through regular and clear communication with his mailing list.

And in a move that helped his bottom line, he tailored some big-dollar tiers to the THIS LAND superfan.

“Big fish do exist! Yes, there are people out there who are super backers! Make sure you have big-dollar tiers, but don’t take the piss. Make the reward exclusive and worthy of their money. It may cost a lot, but it should still be a great deal.”

Most of these strategies paid off, but if he could do it all over again, there’s one thing he wishes he’d done more of: 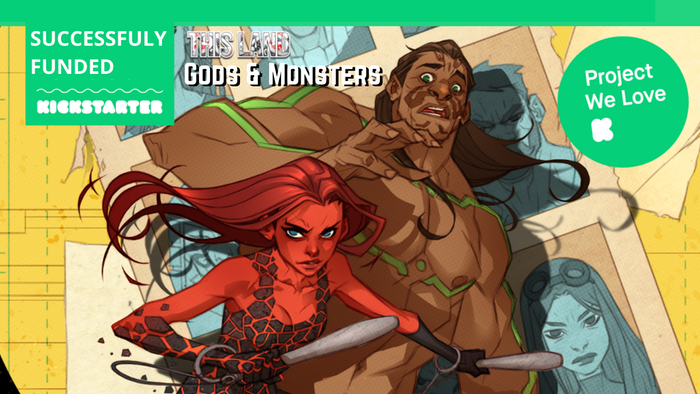 Like many Kickstarter creators, Mark has learned that variant covers do big bucks on Kickstarter.

And tribute covers by known artists can turn a “maybe” into a “must have” purchase for some backers.

“After observing variant covers being used in other campaigns, it was clear to me it was the homage covers (same style and posing as famous comic book covers) that were generating extra sales and upselling the tiers.”

Over the years, Mark formed connections with some great artists, and he was able to tap those relationships for pinups and variant cover designs starting with issue three.

It paid off: by limiting his print run to 50 for his “Days of Future Past” variant, Mark was able to charge a premium and generate an extra $2500 in sales.

His advice for offering variants?

“The cover needs to tie into the story. Also, you absolutely must give the artist as much notice as possible as their work for larger publishers should always take preference. Offer payment spread out over the process. Layout, roughs, pencils, inks, colors. This way you can keep each other honest, and if something comes up, you can still take the initial work done by the artist and leverage their name and association with the work.”

Besides being the first to feature a variant cover, issue 3 was a milestone for a completely different reason. 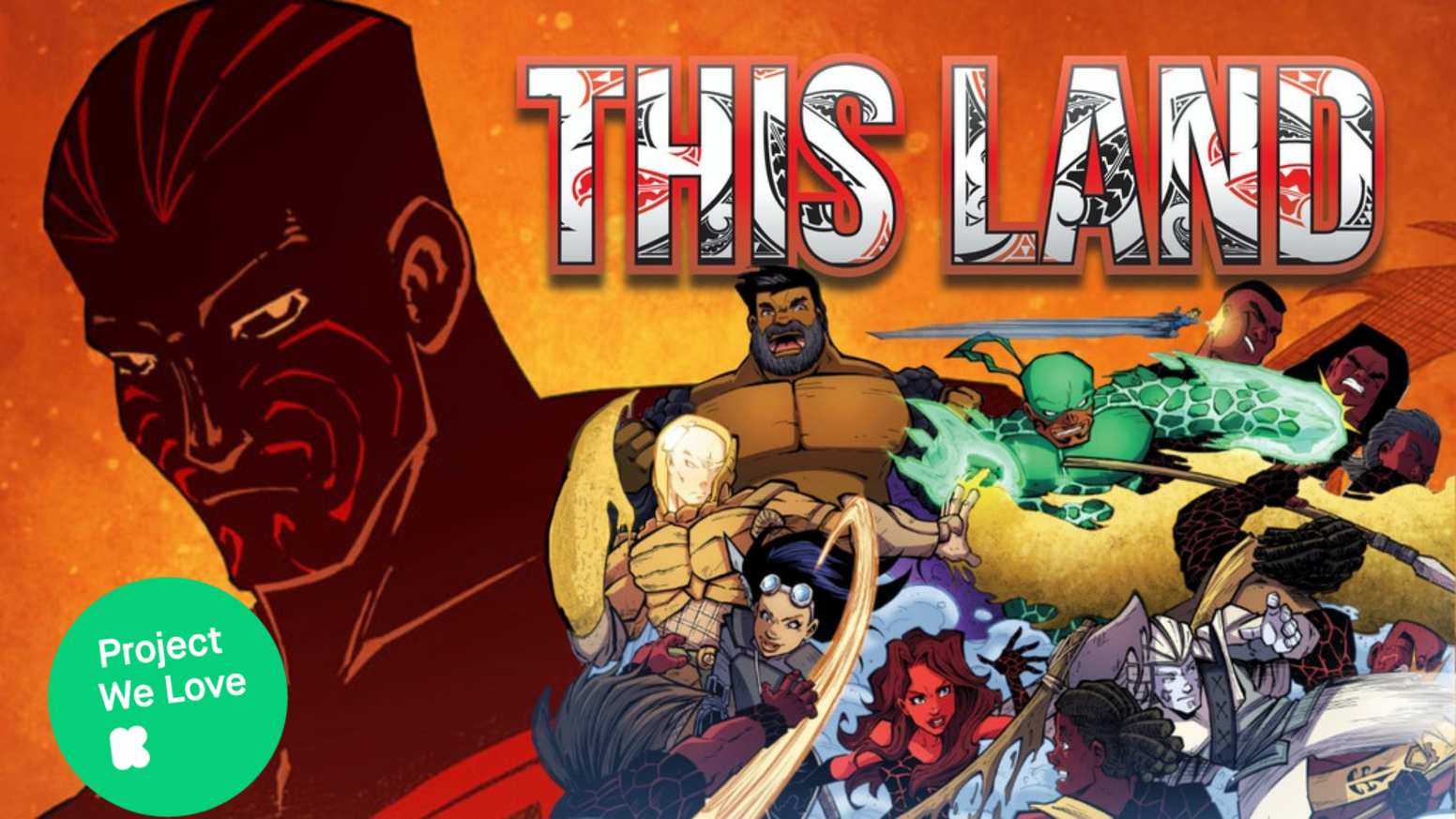 How Mark Turned a Successful Kickstarter into a Book Deal

Mark had always intended to pitch THIS LAND to Scholastic as soon as the fifth and final Kickstarter was complete.

But in a stroke of luck, the publishing company approached him after issue 2, a full 18 months ahead of schedule.

“I was approached by Scholastic after they had been given the first issue of THIS LAND from a Primary School (elementary school) teacher in New Zealand via his Scholastic rep. He had picked the book up on Kickstarter & told them that they needed to produce more books like THIS LAND for the preteen-teenage audience in New Zealand Schools.”

Mark then created a pitch document which contained:

This information was presented in two pages.

In addition, he provided:

“We had strong recommendations from the target audience and plenty of positive reviews from teachers that left them convinced it was the right move for them to pick up the global graphic novel rights. The other benefit for Scholastic was that the series was completely drawn and inked, so they had an almost finished product and proof of concept ready and willing to go straight to press.” 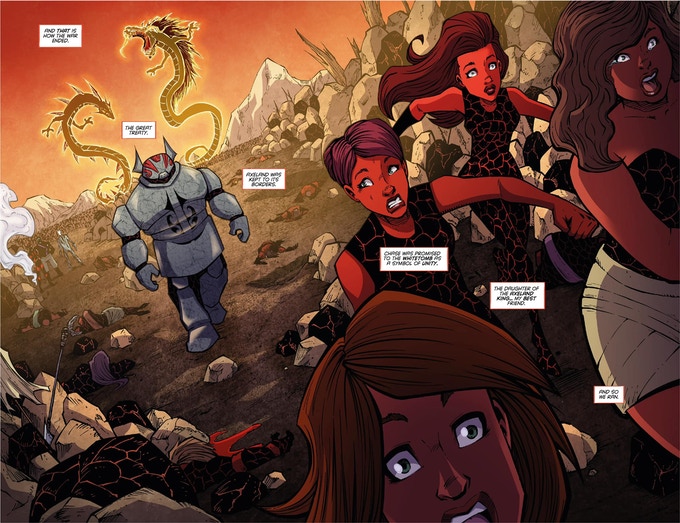 How to Prepare for Success Beyond Kickstarter

Mark’s book deal didn’t happen by accident, although there was some luck involved (that backer who passed along his work to Scholastic, unbidden).

But he had created that kind of loyalty through consistent audience building and delivering on what he promised.

And to the creator seeking a similar deal, Mark offers this advice:

“Create what you love and then understand who the potential audience could be. If you are a new creator, tell the best story you can tell. If you try to force a story into a market or category, you will probably find that the story doesn’t resonate and land as well as it should. Once you understand who your target audience is, look at publishers who produce similar material or have a gap in that area. Identify your unique selling proposition (USP): What makes your book different? Why is your book relevant now? Then create a pitch package (outlined above).” 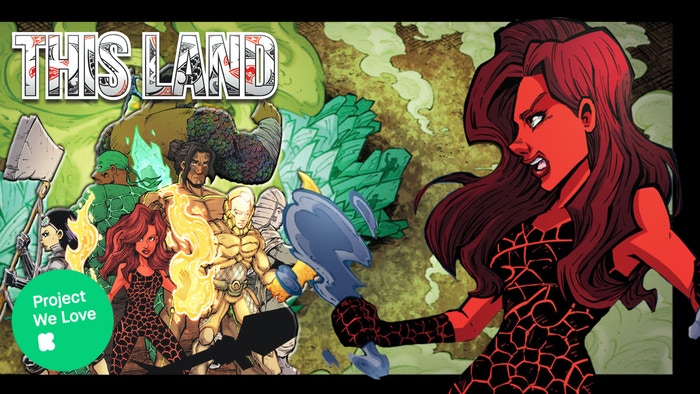 Mark is about to launch the final Kickstarter for THIS LAND right now, and he’s considering his future projects carefully.

He has another book--SCHISM, with Glaswegian artist Chris Connelly--that’s already 2/3rds completed and will be a one-and-done 100 page graphic novel.

As for plans for THIS LAND beyond the Scholastic deal?

Would You Like to Learn the Strategies Mark and Other Talented Creators are Using to Take Your Launches to the Next Level?