M has made peace with the fact that trying to generate excitement during the Dead Zone can be draining and often futile. With no opening day excitement or final 48 hours FOMO, she knows it's harder to get people interested.

“I’m never going to try and force hype during the Dead Zone ever again. I have enough faith that the final days of the campaign will pick up, so I don't see a need to make myself panic in the middle chunk. Whatever happens, happens. And the less I look at things during the Dead Zone, the better off I am.”

To help keep her calm during this period, M opts to avoid social media and Kickstarter entirely.

“Instead of sitting there and refreshing the campaign page over and over again going 'Any new backers yet?' or screaming 'PLEASE BACK MY CAMPAIGN OR I'LL CRY' on social media, I opt to go outside and do some gardening or hang out with my friends. Or if going outside is not an option, I'll play online games with friends instead.

"I know to some, it might seem like 'giving up', but I'd rather spend my time happily doing something I enjoy instead of anxiously trying to scrounge up a couple of new $5 backers. I know what works for me, and sitting in front of the computer and freaking out does not.”

You might think that by taking her foot off the gas pedal, she’d sacrifice performance. But in the end, Sacrimony #2 was M’s most backed, most funded campaign, pulling in more than $5,000 on the strength of 121 backers. 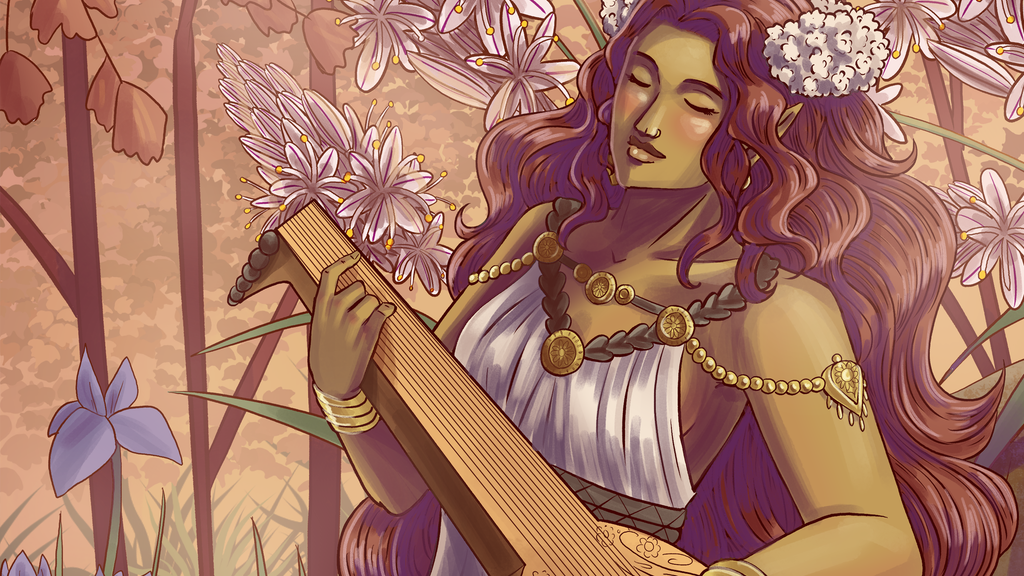 How To Grow Your Audience Between Kickstarter Campaigns

To understand why, we have to look at what M did between campaigns to set herself up for success.

“Learning how to build a mailing list and how to keep that list engaged was much more important than I thought it'd ever be. I now try to put meaningful content every week, such as behind the scenes info on the comic, things that I've learned, my sources of inspiration and how to stay organized, and my audience has really appreciated it.”

M also harnessed the power of Kickstarter’s pre-launch page, which allows active Kickstarter users to follow your campaign and be notified when it goes live—whether or not they are on your mailing list.

“I make sure to post my pre-launch pages on social media on a regular basis in order to get more followers with the intent of having a stronger launch day when I go live.”

She also gets by with a little help from her friends.

“Lastly, I gotta thank the homies. I have such a wonderful loving group of friends (in person and online) that I am absolutely not worthy of. They've been so helpful in spreading the word about my campaigns and I'm eternally grateful to them.” 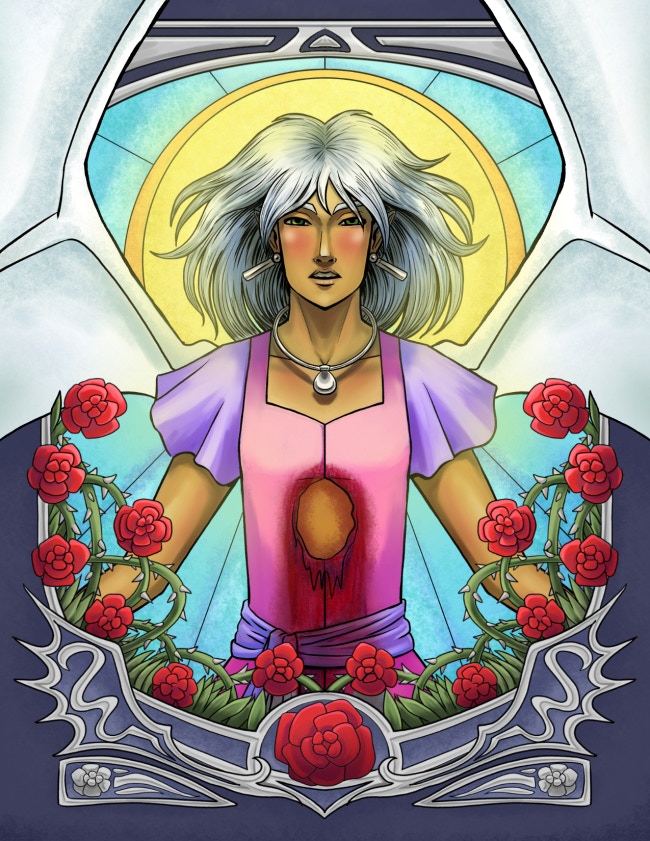 Another important lesson M learned is that she is not her own target audience.

Many Kickstarter creators make the mistake of thinking that just because they wouldn’t pay for something, their audience won’t either. But M has learned that her audience has different spending priorities.

“I realized that higher tier commission rewards are actually something people want. I didn't expect anyone to back the $449 commission tier, but I got two backers for that, as well as two $249 backers. So my biggest revelation is that if people really like the project and believe in my art, they will absolutely pay me what I'm worth.”

But one thing she believes they don't want: too many extras.

“Backers usually already know how much they're going to want to pitch in, regardless of what they get in return. I tried a lot of merch for my second campaign and I feel like it bit me in the ass. I had stickers, notebooks, pins, prints and trading cards in addition to the books and it was a lot to manage [on the fulfillment side]…Not only that, it was hard to find the time to make all the extra merch while working on the comic itself. This time around, I look forward to keeping my offerings short and sweet.”

But none of these "aha" moments would matter without her number one takeaway from running multiple Kickstarters. 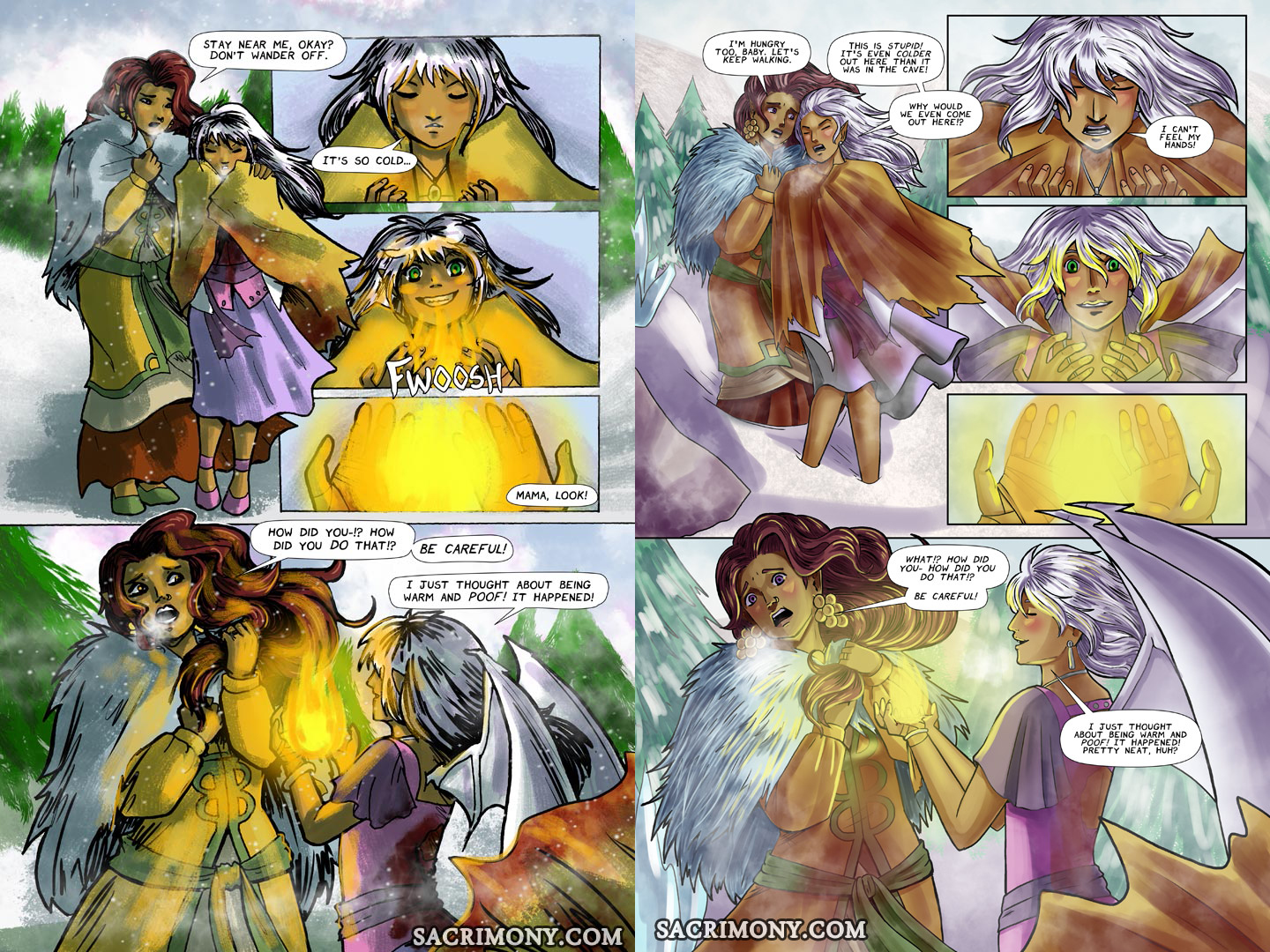 The One Thing You *Must* Do Before You Launch

The Sacrimony books M is currently Kickstarting are a "remastered" version of a webcomic she started back in 2016. It's been completely redrawn, and M streamlined the writing significantly.

“One thing that helped contribute to my success is making the art better and more eye-catching. If I tried to promote the comic with my old art from 2016, I don't think the strategies I've employed would be nearly as effective. As much as I hate to say it, first impressions matter, and while the art was passable, it wasn't anything special or memorable.”

Comics is a visual medium—and Kickstarter is a platform that relies heavily on images to sell the product. And with more and more comics pros flocking to the platform, creators need to up their comic-making skills like never before.

“Even if I had all of the Kickstarter knowledge I have now back in 2016, I still didn't have the technical skill to make the kind of comic I have now and I don't believe I would have seen the same level of success.

“I guess I'd tell [new creators] not to worry so much about the monetary side of things and just figure out how to make good art and how to write a good story. Then worry about how to promote it and get that sweet cash moneys.

“So tl;dr: be patient. Do good work and then figure out what to do with it.” 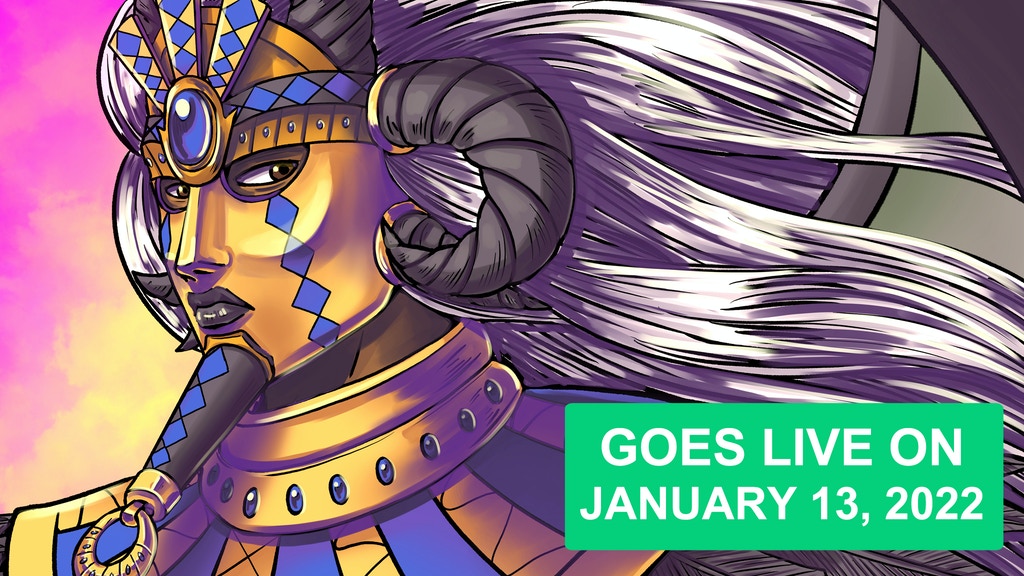 With that in mind, M plans to run four campaigns a year starting in 2022, and since she’s the one doing all the writing/art/lettering/marketing/shipping/everything, M is already looking for ways to make the process more efficient.

“I’ve done 21 day campaigns in the past and both times, I've had three days where I had zero backers. So I think that's the internet forces telling me that I should cut three days off the next campaign and see what happens.”

She’ll also use Backerkit to streamline shipping and digital reward distribution, and she plans to order her books as soon as the campaign ends instead of waiting for funds to clear—potentially shaving two weeks off her fulfillment timeline.

And, of course, she’ll be updating her newsletter and utilizing a pre-launch page.

“I’ll be launching issue #3 of Sacrimony on January 13, 2022. It's one of my favorite issues, as it starts delving more into the gods of Sacrimony and how terrible and dysfunctional they are. It also showcases my love of character design, since the gods have outlandish costumes.

"The pre-launch page is already set up, because I like planning way, way ahead.”

We bet all that preparation helps with the zen, M.

Would You Like to Learn the Strategies M and Other Talented Creators are Using to Take Your Launches to the Next Level?