Kurt Zauer was kicking himself.

Caught in a time crunch, he didn’t have his Kickstarter page peer reviewed before launch, which led to some embarrassing errors in his tiers.

And as he played clean-up in the first few days of his campaign, Kurt made a promise to himself:

The Importance of “Backwards Planning” Your Kickstarter Launch

Based on this experience, Kurt came up with a system for getting his page ready in time.

“Backwards planning will help you avoid delays. Call your launch day X-day. Think about everything you want to accomplish before X-day. How much time do you want for your friends/peers to have to look at your page to review and give feedback? A week? Then your page has to be ready to go on Xday-7.  How long will it take to get your page together?  3 days? Then you need to start building at Xday-10.”

Kurt also knows that unexpected delays and errors happen whether we like it or not, so even the most tightly-scheduled plan needs some wiggle room.

“Generally, you should put in a few fudge-factor days as delays usually happen. In this case, I’d probably start constructing my Kickstarter at least 12 days before my launch.”

Turning his campaign build into a well-oiled machine gives Kurt the time he needs to focus on two key aspects of his launch: 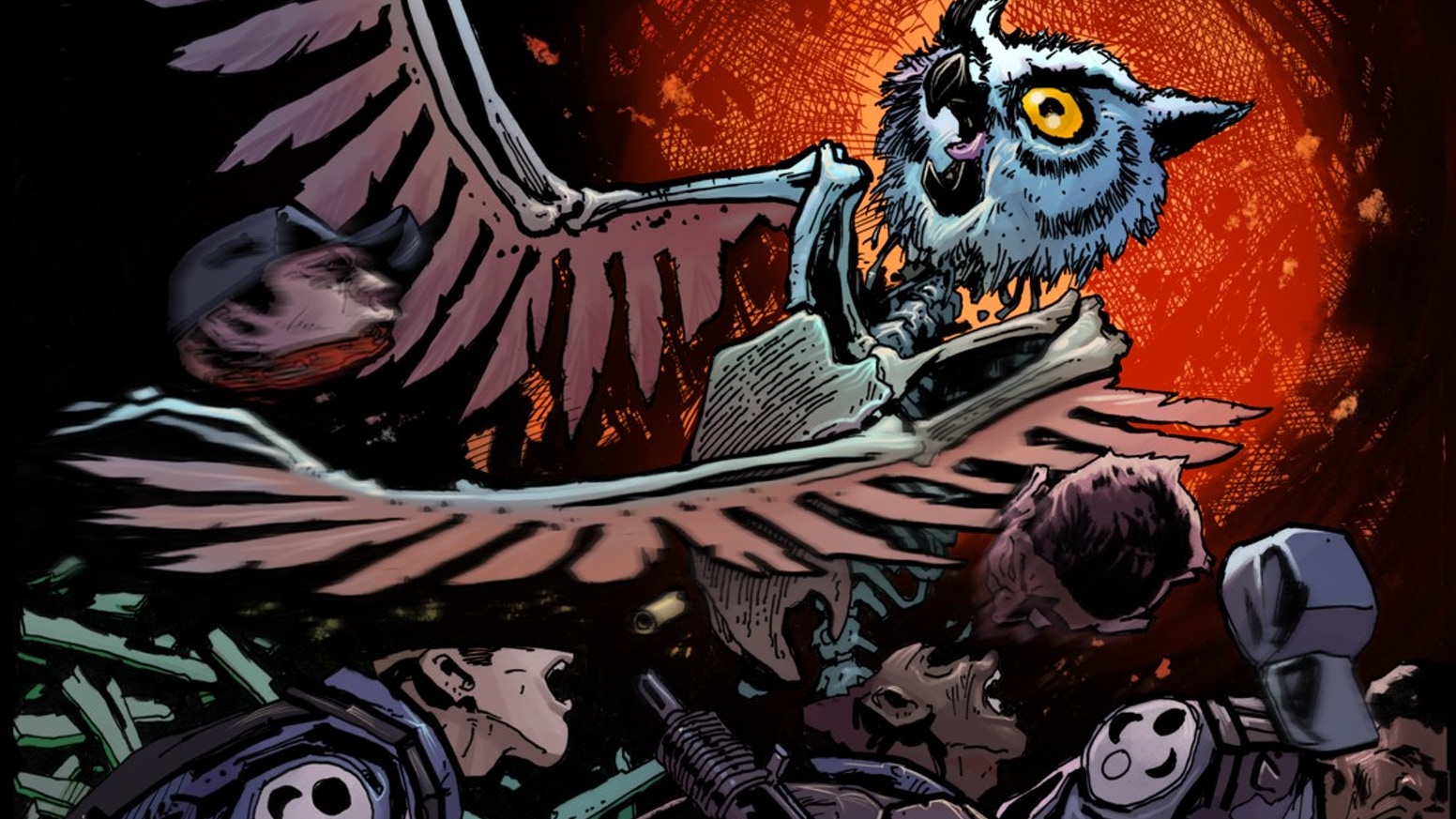 When it comes to these extras, Kurt likes to keep it simple.

“I try to offer new things but also wring a little more use out of what I’ve already created. One of my artists created a series of tarot cards for my 2nd issue, a few of which I gave as milestone/stretch rewards. The remaining cards I gave out on the subsequent launch, some of them as stickers.”

And when he needs ideas for new bonuses?

“I have a box of stuff I keep on my desk with all the KS bonuses I’ve received and root around in it from time to time.”

By looking to his existing bonuses and modeling what has worked for others, Kurt doesn’t waste a lot of energy trying to reinvent the wheel for non-essential aspects of his campaign.

He saves that bandwidth for a more draining task:

Dealing with the dreaded Dead Zone. 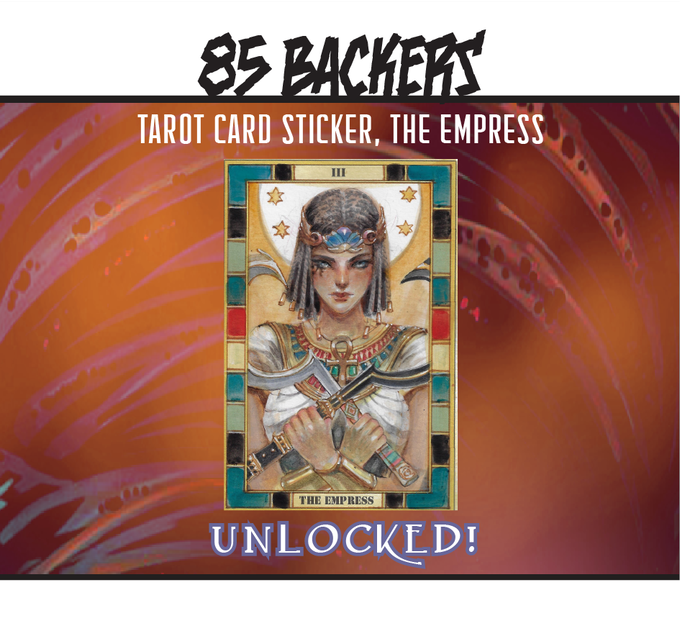 How to Fight the Dead Zone with Gratitude

Every comics crowdfunder understands the despair that comes with the Dead Zone: your campaign gets off to a hot start, backers are coming in droves, your dollar amount keeps going up, up, up… and then it all slams to a halt, leaving you to wonder if you’ll ever get another pledge again.

By taking the time to appreciate the launch he’s just had, Kurt fights despair with gratitude. And this mindset shift allows him to get through what could otherwise be a demoralizing period.

Kurt also recommends having something to look forward to during the Dead Zone that can help take your mind off of it.

“Attending a convention on week 2 or 3 of your launch is also a boost.”

And it's a good reminder that Kickstarter isn’t the only place to sell your books.

Beyond Kickstarter: Selling Your Comics Outside Crowdfunding

Along those lines, Kurt is actively looking to shore up sales outside of Kickstarter, specifically: increasing traffic and sales to his website.

“I need to reorganize my website shop for users to more easily get to comics, promo items, etc.”

But along the same lines as his stretch goal and milestone strategies, Kurt doesn’t look too far for inspiration on how to make those sales. He’s learned that the strategies for selling comics outside of crowdfunding are almost identical to those he uses on Kickstarter.

“Promotion in my email blasts… advertising via Facebook, Google, etc.”

The same goes for pitching. He’s honed his tagline for his series—“magic, murk & mayhem”—through Kickstarters, promotional emails, and conventions. What works for one sales venue will work in others.

No need to rethink the wheel.

Despite the time crunch, tier errors, and long Dead Zone, Kurt’s campaign for Spectress & Sabanion #1 - 3 was his biggest launch yet: netting more backers, funding, and funding % than ever before.

“It renewed my confidence to see backers returning to support the next book in my series…I also got quite a few more email subscribers, and my books are close to self-funding for printing and art.”

He attributes this success to two things: Persistence and patience.

“When you’re starting from scratch and don’t have any connections, you’re going the long way.  My 3rd launch had the biggest jump in funding and backers, so I’m looking forward to continued growth.” 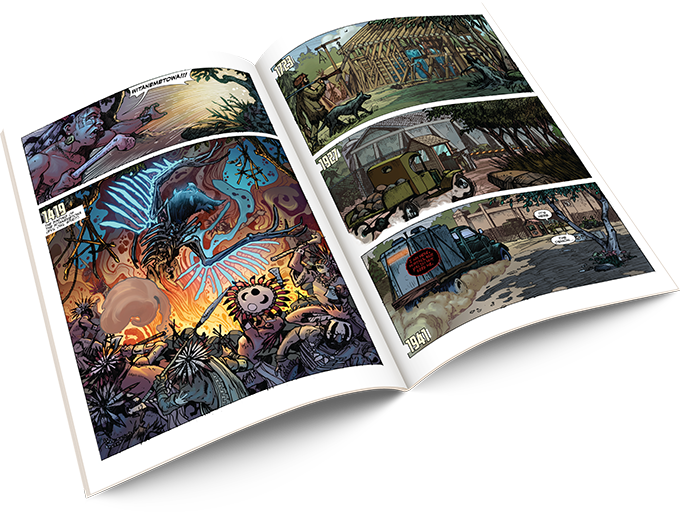 To keep the momentum going, Kurt plans on adding more conventions to his schedule as well as launching Issue #4 of Spectress & Sabanion and a 2nd title in the same universe.

He’s also looking forward to his first trade collection, where he aims to correct an error he feels like he made the first time around.

“Comics are tough and expensive if you can’t draw your own stuff, [but] bite the bullet and kick in that extra money to hire a good editor. I’m only 3 issues into my series, but I’m already looking forward to releasing that trade paperback with a re-scripting of my first 2. Find someone that can be honest and constructive who will improve your work.”

Improvement is the name of the game, Kurt.  And it sounds like you’re well on your way.

Would You Like to Learn the Strategies Kurt and Other Talented Creators are Using to Take Your Launches to the Next Level?