Jim Whiting had a choice to make.

After years of Kickstarting his own series, Margo: Intergalactic Trash Collector, Jim was now faced with a different task entirely. His latest project, DarkARTS, was an oversized pin-up book featuring work by various artists. He knew he couldn’t rely on his established audience to come out and support it—and there was no guarantee the audience for a book like this even existed.

Before hitting launch, Jim wondered, “How the heck am I going to market this?”

How Do You Choose the Best Kickstarter Category?

The first challenge Jim faced was deciding on a Kickstarter category. It didn’t fit neatly into any of the available options, so he had to decide:

Would this be a “book” project or a “comics” project?

“I originally wanted to promote DarkARTS as a book, not a comic, but found that by doing that, I may well put the project at a disadvantage from the start.”

Jim put himself in the position of a potential buyer in an effort to figure out which category they were more likely to browse. Some simple research helped him.

“Comic books and graphic novels on Kickstarter are viewed, backed and funded more often than [books]. To add to that, most of the artists [featured in DarkARTS] are working in comics, so being listed and promoted to a comic audience just made more sense. That may change as I promote it to book stores, but for Kickstarter, comics was the way to go.”

Now that he knew where his customers were more likely to look, he had a more pressing question:

Where to find them in the first place. 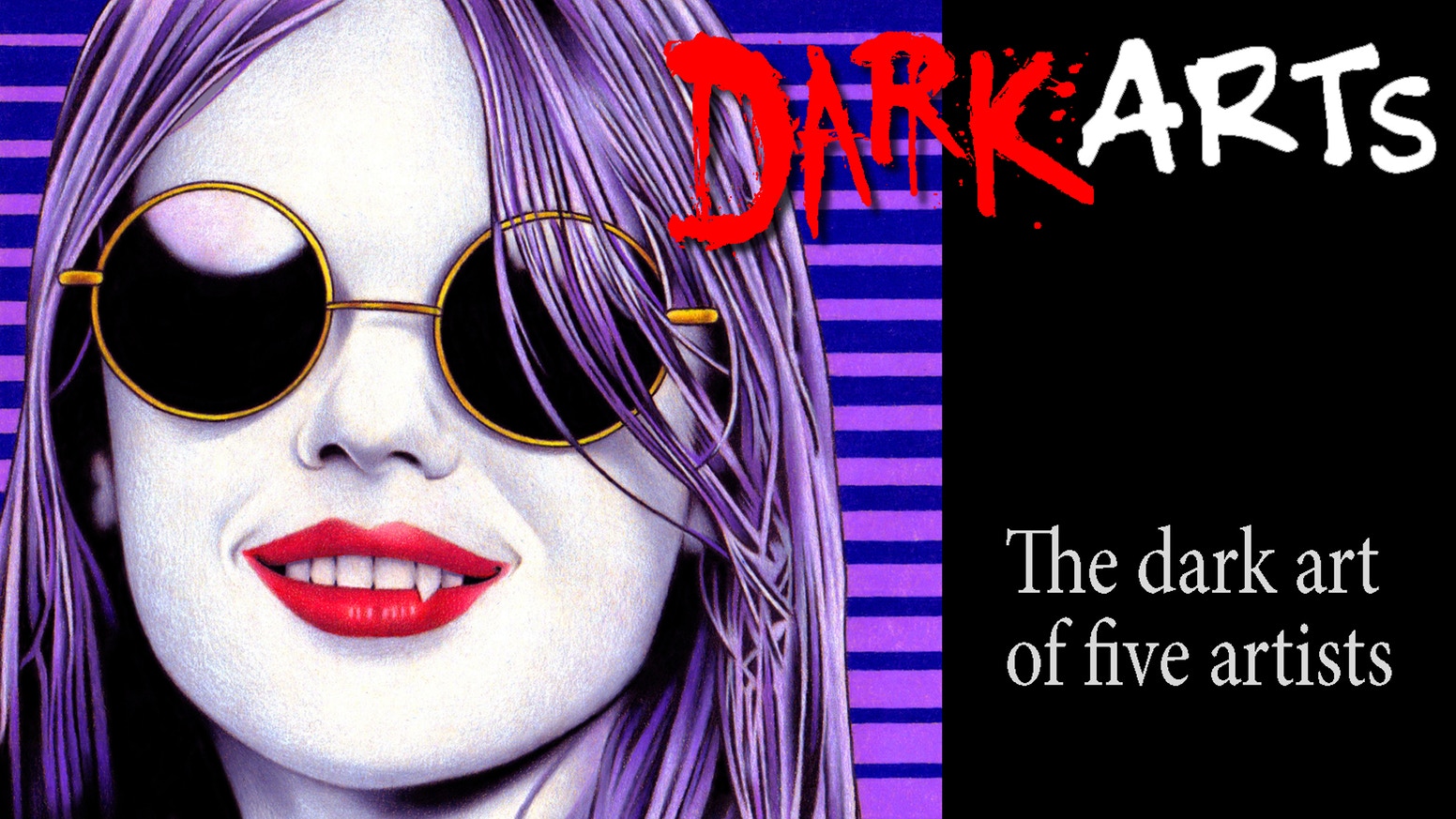 How to Market an Art Book on Kickstarter

“Having to market a book with five artists, doing five different things, bringing that all together was a challenge.”

The first way he managed it was coming up with an overarching theme. But that came with its own issues.

“Once I came up with a concept, using darker edged art, a large format like an artists’ edition and the title, I struggled with the visual marketing. That comes back to working with five different artists. Each has a unique vision and audience, including my own audience. Trying to bring them all together under one tent really pushed me in all kinds of directions I hadn’t done before.”

In fact, Jim says the book pushed his marketing, design, and promotion skills to the max.

“I have grown a warm audience, but when it came time to expand that audience for this project, I struggled. Sure, I created “look-a-like” audiences [in Facebook ads manager], but it felt confusing; am I targeting a “horror” audience? A “comic” audience? I wish I had spent more time fine tuning that aspect of the campaign.”

In fact, Jim now wishes he’d spent more time thinking about his potential audience before putting the book together in the first place. By the time the campaign started, it was too late.

With his target audience still undefined, and his funding goal still a ways off, Jim needed an ace-in the hole. 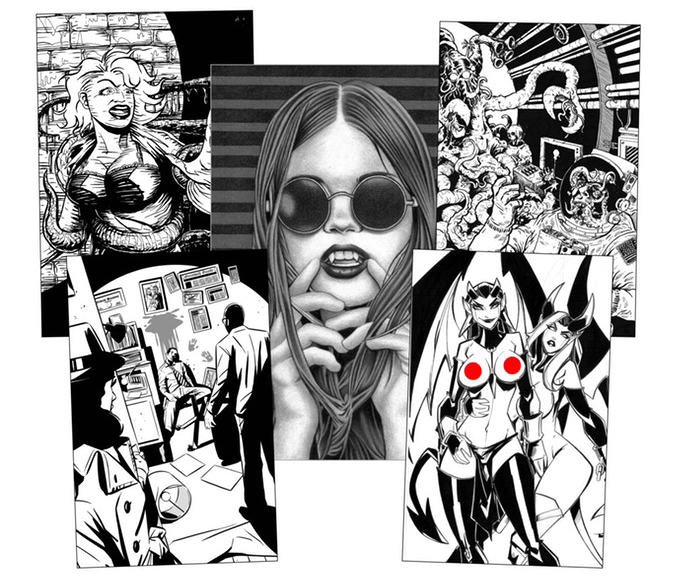 What are Good Kickstarter Rewards?

One way Jim got around the marketing issue was crafting his rewards just right. He knew he wouldn’t fund if he just offered the book by itself, so he turned to the ComixLaunch community for inspiration.

“I watch many of the campaigns, questions [in the Facebook group], [class] resources, and I borrow and learn from everybody… I don’t have the time to learn everything I need as a creator or publisher, so having teachers/peers who share saves me an enormous amount of time getting where I need to go.”

One thing the ComixLaunch Course preaches is offering “pocket” rewards—special tiers a creator keeps in their back pocket until they need them.

So during the Dead Zone, Jim added some higher-tier rewards to his mix.

“What really made the biggest difference was the original art and commissions added during the slow down period. They were big ticket items that pushed us over the funding goal.”

With his new rewards taking off—even with all the marketing struggles—the book was his fourth successful campaign. And it was his most funded, too. I ask Jim:

Would you do it again? 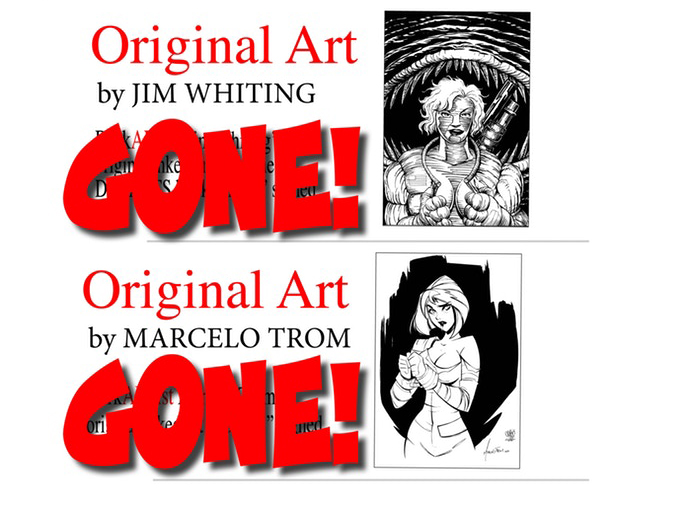 The Advantages of Selling an Art Book on Kickstarter

“I am not sure there are any advantages [to doing a book like DarkARTS].”

Still, he’s glad to have had the experience.

“Funny, but the same thing that ‘didn’t work’ is what worked. I was able to move into a different genre, expand my publishing slate, do something different from Margo and bring some great talent together.”

By experimenting and trying new things, Jim learned valuable lessons and made connections that will stay with him into the next campaign and beyond.

“It's always about growing the audience [and] following, so take the lessons learned and move forward implementing those.” 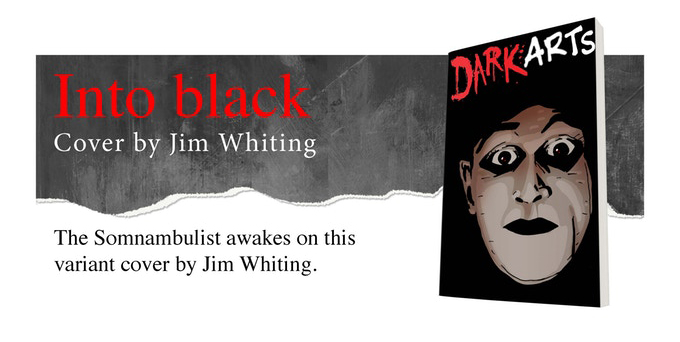 After DarkARTS, Jim plans to return to familiar territory: a collected Margo trade and a new Margo limited series.

As for the new connections he made doing DarkARTS?

“I am hoping we will be working together in the future in some form or another.” 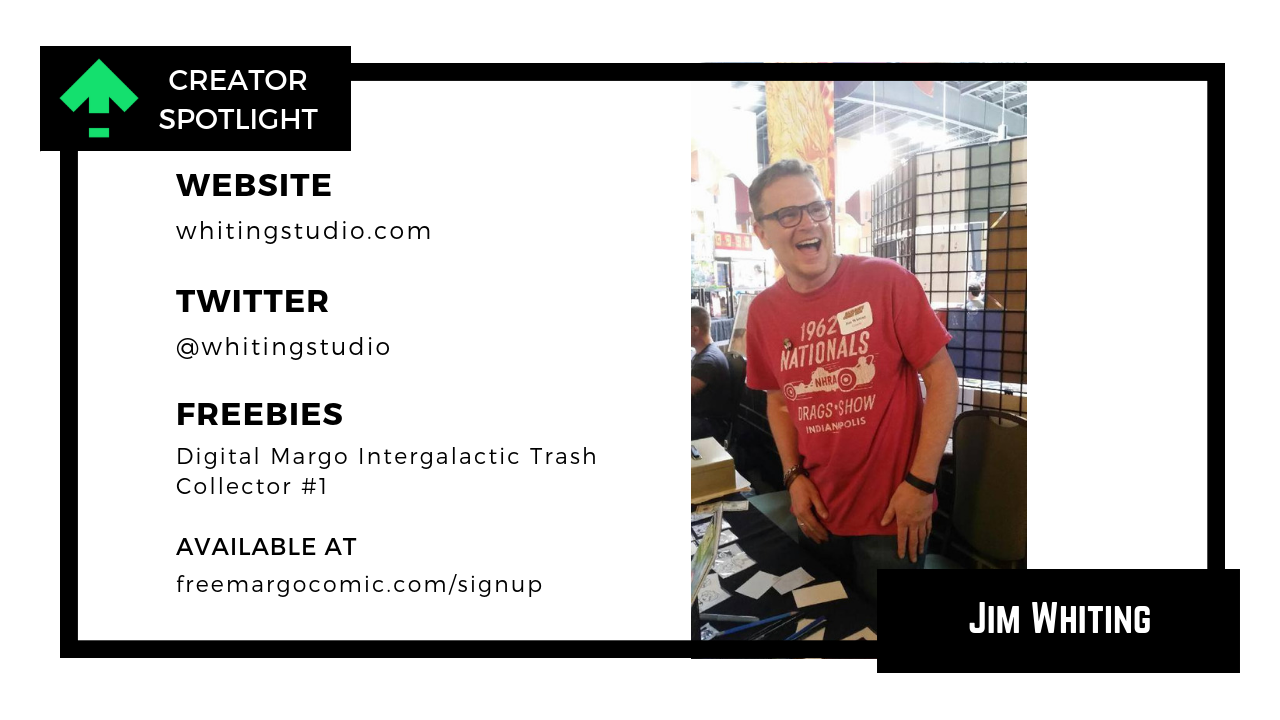 Would You Like to Learn the Strategies Jim and Other Talented Creators are Using to Take Your Launches to the Next Level?