His campaign for ROBIN HOOD: The Legend of Sherwood had hit the dreaded “Dead Zone”, and now, not only was his project not seeing any new pledges, but backers were cancelling, sending his funding total backwards.

With his Facebook ads not doing much to bring in new backers, he had to wonder:

Would his campaign make it?

In this edition of the ComixLaunch spotlight you’ll learn:

How To Expand Your Audience On Kickstarter

As with anything, the seeds for Jeff’s ultimate success were planted well before he hit launch. When it came time to prepare for his latest campaign, Jeff made an important decision:

“This project was not aimed exclusively at kids, like my first one, even though they share the same universe. I felt this one had broader appeal.”

Opening up his work to a wider audience helped Jeff expand his reach. But he also brought in extra talent like Bo Hampton and Trevor Von Eeden for variant covers, a simple move that allowed him to tap into their fanbases as well.

And then, of course, there were the tried and true methods taught in the ComixLaunch Course:

“Building up a network, mailing list, and keeping a high visibility on social media are the things I felt ultimately made this campaign bigger than my last.”

But another key principle proved to be crucial for getting through the Dead Zone. 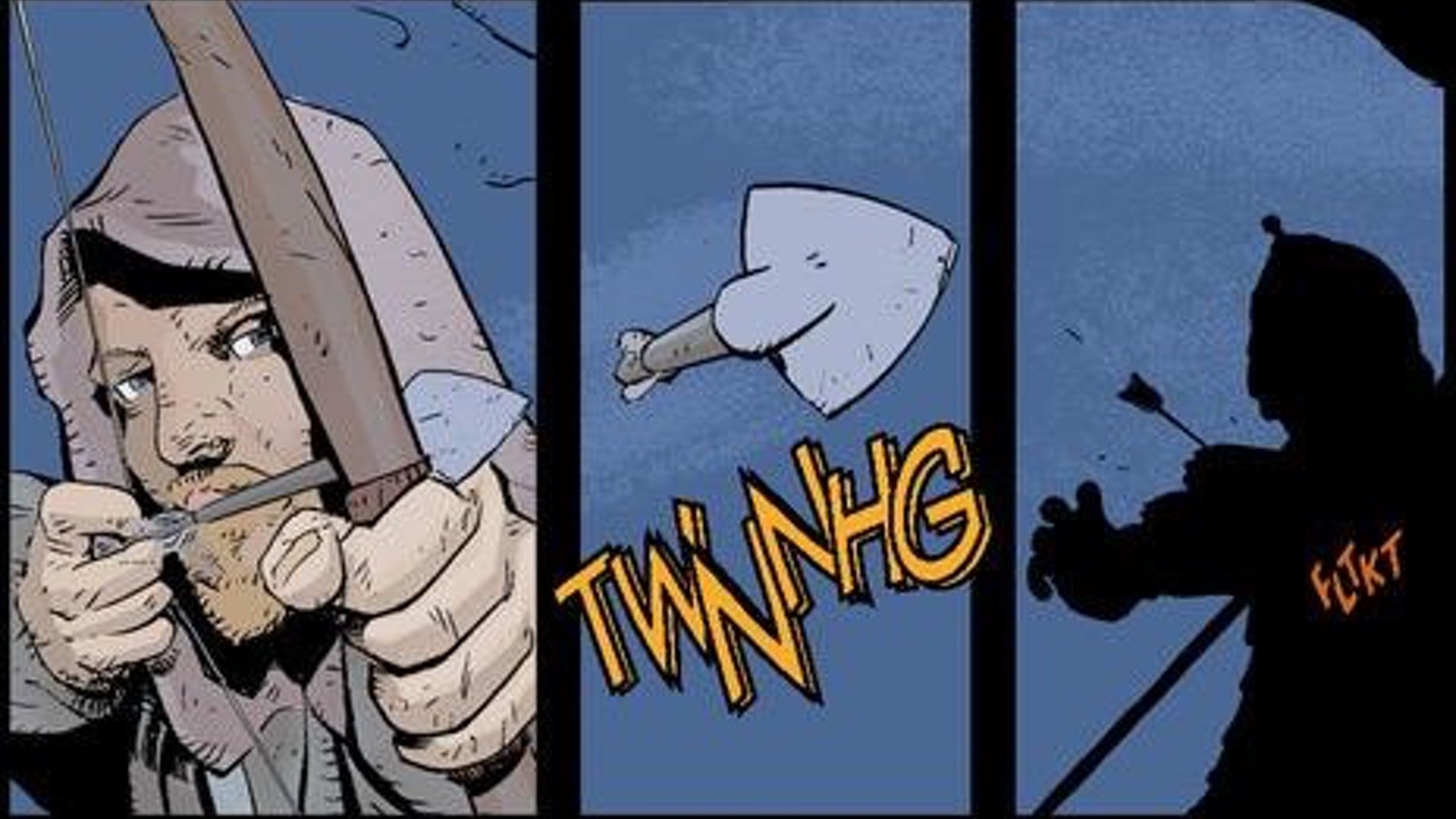 How Milestone Bonuses Can Give Your Kickstarter Campaign A Boost

Through the ComixLaunch course, Jeff discovered Milestone Rewards. This simple idea is similar to stretch goals, where you set additional “milestones” on your way to your big goal.

Maybe your milestone is 50- or 75% funded, maybe it’s 100 backers. But you celebrate your milestones with the people who got you there, often with a little bonus to sweeten the pot. Jeff says this strategy added extra energy when his campaign needed it most.

“It allowed me to find ways to inspire new support before we hit our full funding goal, which worked. It also let me bring in a former artist from last year’s project to do an original print for this one, so it created a thru line between the projects. We saw nice gains with each milestone.”

Using this method, Jeff was able to keep the funding and momentum going, even through the dreaded “Dead Zone.” The result? Jeff’s campaign for ROBIN HOOD: The Legend of Sherwood tripled his previous Robin Hood campaign in money and backers. 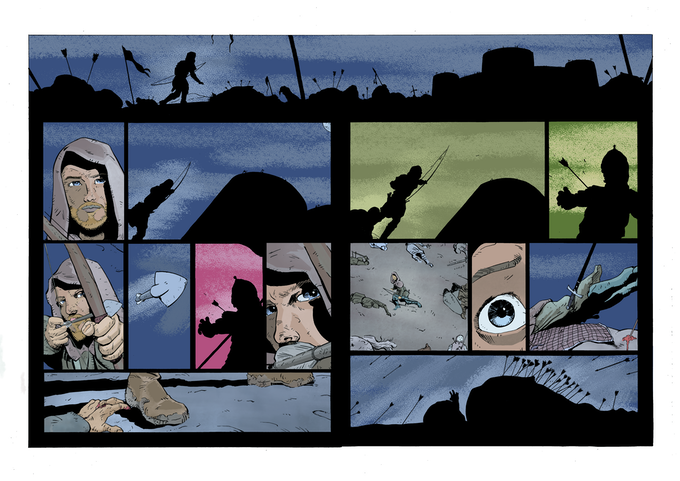 How Working On Someone Else’s Dream Project Can Help Yours

When he's not crowdfunding his own projects, Jeff publishes work by other creators, most notably industry stalwarts Mike Grell and Mark Ryan. For Jeff, the benefits of publishing others are enormous.

“A part of me feels like working with others on their projects has helped me believe more in myself, as well as grow my audience as people in those fan bases get to know me and trust me. And I try to offer consistency in how I run those campaigns and how I run my own. I feel like working with people like Mike Grell and Mark Ryan has exposed me to a larger audience who are now willing to be fans of my work too…Obviously my own stuff is closer to my heart, but it is also fulfilling to be the engine that drives the success of others.”

In fact, it was working on someone else’s project that ultimately led to a major epiphany for Jeff—one that would completely change his approach to his creative career. 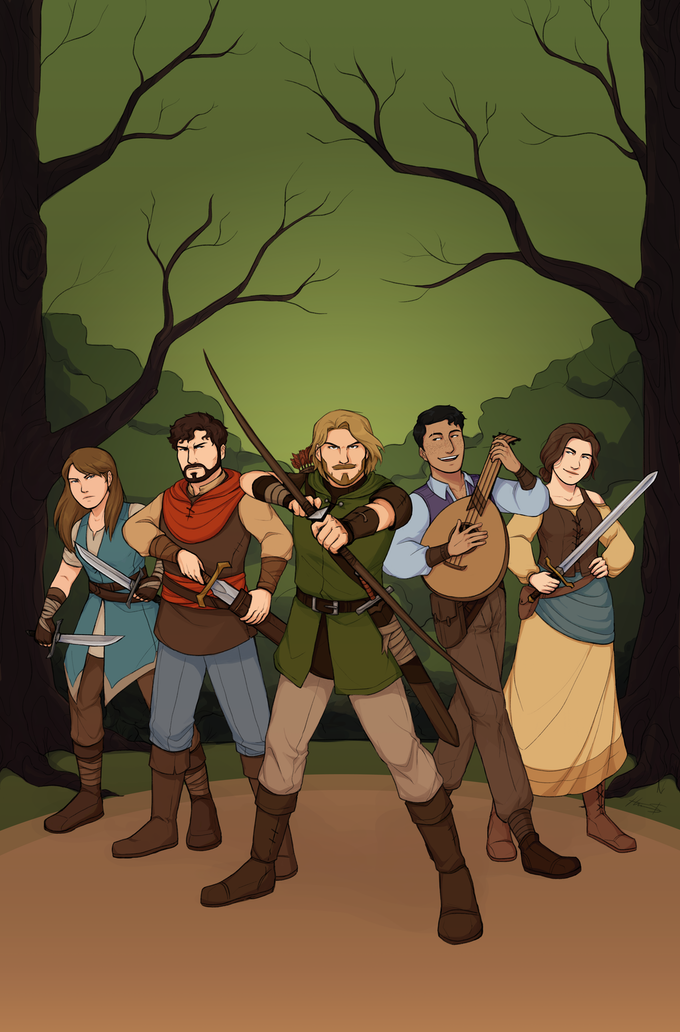 The turning point was when he worked on a biography of Mike Grell, a book that was ultimately nominated for a 2019 Eisner.

“Suddenly I went from feeling like an imposter looking in the window to being in the room. And I knew at that moment that I needed to keep building momentum and just ‘build it’ and trust that ‘they will come.’

Now, Jeff offers some simple advice to creators who are just starting out:

“Stop waiting! That’s the thing. I always wanted to see my creative projects done, but somehow felt that I needed others to approve or legitimize my efforts. I believed in my projects more than I believed in myself.”

Now with a track record of Kickstarter success and a growing fanbase, Jeff understands it's never too late for his dreams to come true, and he's the one who has to make it happen.

“I would tell the me of five years ago that it isn’t as hard as I feared, and vastly more worth it than I dreamed.”

Jeff has projects with Mark Ryan, Mike Grell, and solo projects all lined up for 2021, with the hopes of making Grell's Masterstroke Studios a major part of the crowdfunding scene going forward. First up is a deluxe hardcover omnibus of Grell's Jon Sable Freelance series from the 1980s.

“I hope to keep moving in the direction I’ve established. Also, the plan is to get the books onto direct purchase sites as soon as possible to help new people discover it."

He also plans to stay active in the ComixLaunch community, which he credits with helping him get to this point in his career.

"Tyler was an inspiration instantly. I found his passion and his advice to be exactly what I needed. And the community that supports one another has been great. I feel that just having that support base to tap into and have each other’s backs is the biggest appeal of Comixlaunch. It’s always easier with a village behind you.

"And this is the right village, no doubt about it.”

Would You Like to Learn the Strategies Jeff and Other Talented Creators are Using to Take Your Launches to the Next Level?