Jason McNamara is a man with a plan.

Three of his four Kickstarter campaigns have raised roughly $9,000 with an average of 300 backers. The one outlier?

How does he achieve such consistently great results?

It's all in the planning.

How to Choose the Right Artist for Your Comics Kickstarter Project

Jason begins each project with an eye on quality control.

“There is a limit to how much time and energy I have as a person and as a creator. I tend to be very selective in who I collaborate with and what I work on. I look for artists who have a distinct style and whose work will elevate my own.”

One advantage to this approach? It exposes Jason's work to new audiences.

“Every collaborator brings their own audience to the project and my work. With Nocturnal Commissions, artist Greg Hinkle was very active in promoting the project to his audience and as a result I had many people backing me for the first time. The pressure for me is to now overdeliver for those people who came for Greg’s work so I can convert them into lifetime backers of my non-Hinkle work.”

With the creative team set, Jason rolls right into production. 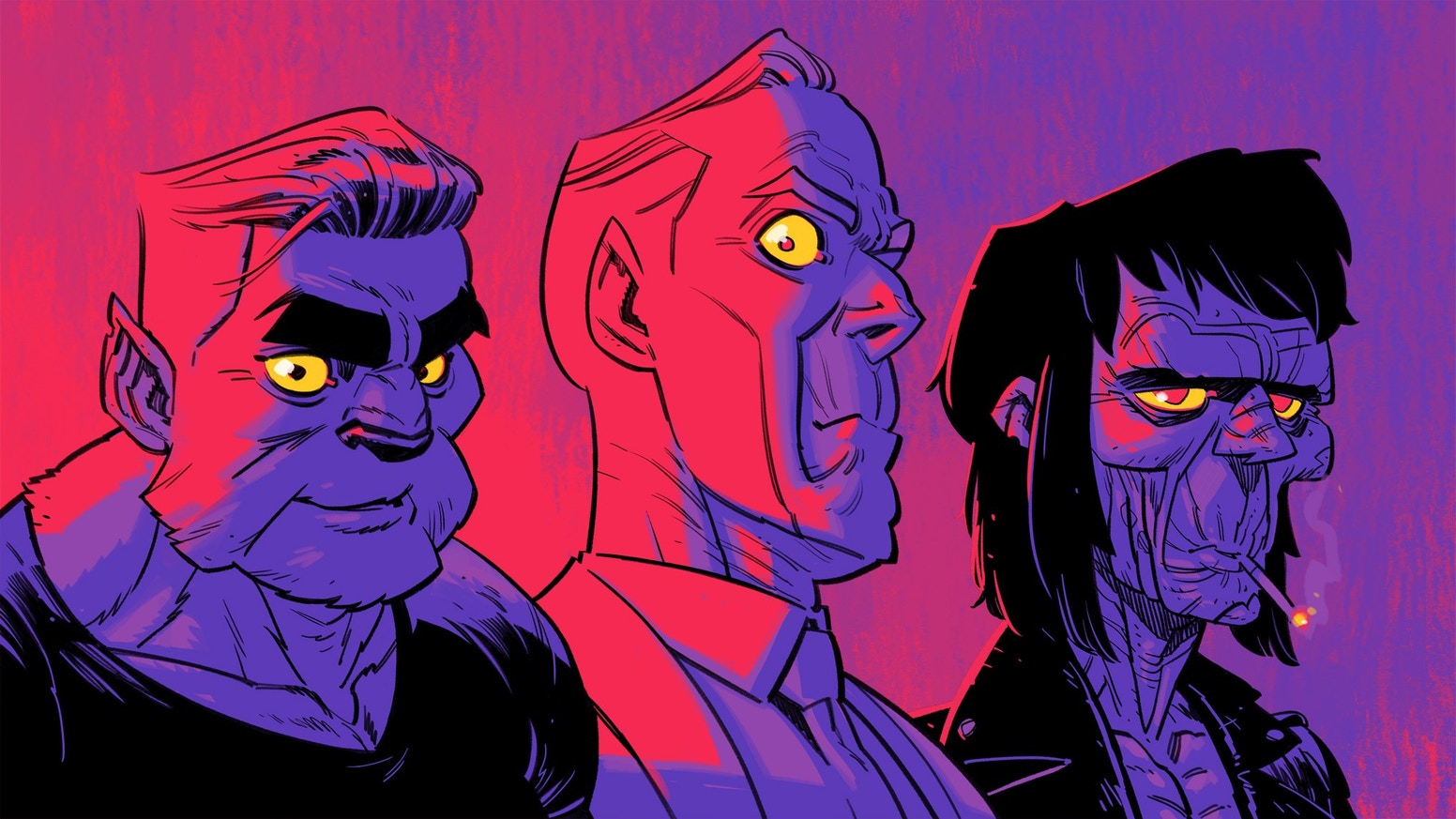 The Advantage of Having Your Comic Finished Before Launch

Jason is a big believer in having his books 100% finished before launch.

“I am a proactive problem solver and I care deeply about my backers’ experience. Comic books always take longer to produce than you think they will, and something will inevitably derail your internal timeline. It’s better to solve those issues in private with your creative team before you invite hundreds of people into the conversation.”

The advantage to this approach is that Jason never has to worry about telling his backers he will miss his fulfillment date. By taking this one step, he eliminates a potential objection to backing.

“I am overly protective of my reputation with backers. Every project is an opportunity to create lifetime advocates for your work. As soon as a backer says ‘Where is my book?’ you have failed.”

Once the book is finished, Jason is ready to bring it to market.

And for him, there’s no better place than the number one crowdfunding platform.

Why Kickstarter is Superior to Other Online Stores

Jason’s motto when it comes to marketing is that the story of the book’s creation is more important than the high concept.

“This is the opportunity that Kickstarter offers over a click-n-ship Amazon model: Engagement. The Kickstarter campaign itself is a narrative, and you need to think about how the audience engages with that narrative. What is their role in the story of your Kickstarter’s success?”

By actively involving his backers, Jason makes them feel like they are a part of its success.

“I try to elevate my backers to the status of publisher. By backing a project they get to choose what books are successful and what are not. Nearly every reader of comics has an opinion about the industry and what they want to see published. By activating the community, you eliminate the traditional comic book gatekeepers. I try to push that narrative and remind my backers of the power they have.”

With his book finished and his backers engaged, Jason focuses on another principle: 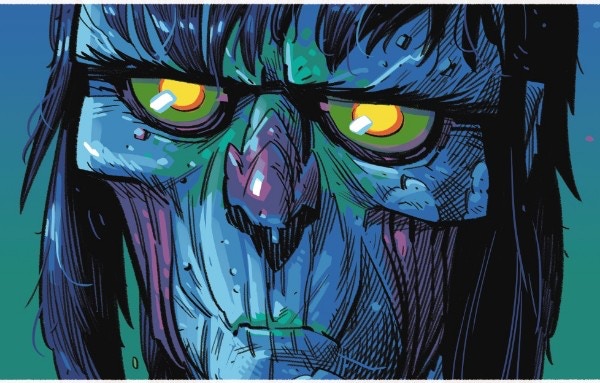 It can be tempting for creators to overcomplicate their Kickstarter campaigns in an effort to make it seem like there is always some exciting happening.

Jason learned early on to avoid this temptation.

“For SUCKER Volume 2, I offered an exclusive print to all backers returning from Volume 1. I wouldn’t say it 'didn’t work', but rather I don’t think it made a difference to backers and it created an organizational headache on the fulfillment side.”

By offering a special reward to some backers and not others, Jason didn’t necessarily improve his numbers—but he did make things more difficult for himself on the fulfillment end.

“Every pledge level had two versions, one with the extra print, another without.... It was a pain [to keep track of]. In hindsight, I should have offered a distinct early bird reward with the print to get my day one numbers higher and make my fulfillment easier.”

But the key to Jason’s business model is what happens after fulfillment is over. 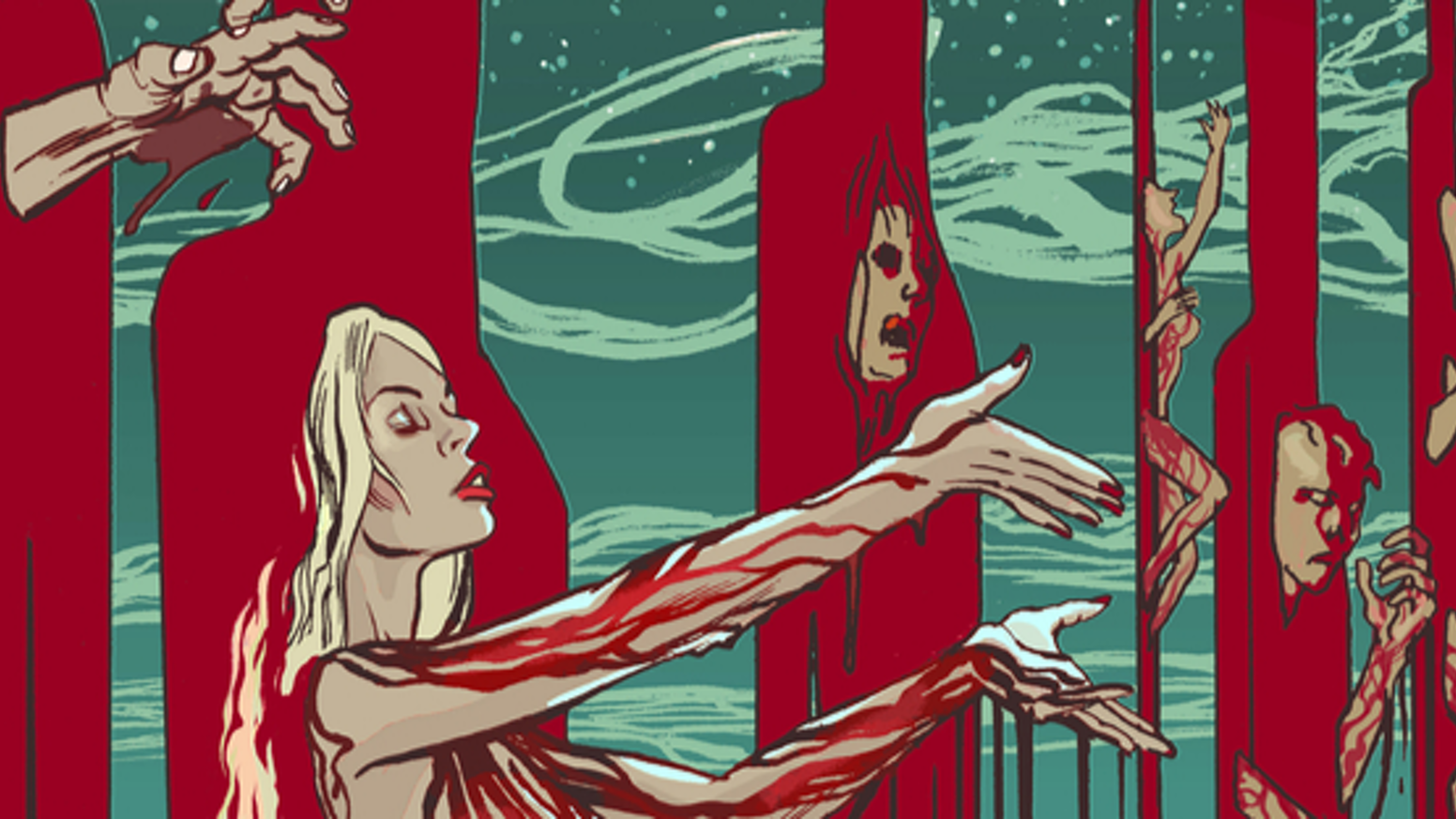 How to Build Your Comic Book Audience Through Multiple Kickstarter Launches

Jason’s ambition is for his business to be constantly growing.

“The hard truth is that if my current model isn’t evolving then it is broken…. Timing wise, my plan is to launch the GHOST BAND campaign within days of fulfilling rewards for NOCTURNAL COMMISSIONS. My thinking is backers will never be as happy with you as when they receive their rewards, so I want to convert them to the next thing as soon as possible while I have that goodwill.”

Creating a release schedule that stacks one successful launch on top of another is a strategy used by many high-performing Kickstarter creators.

“My blue sky plan is to create a quarterly cycle where I deliver rewards for book A / launch campaign for book B/ deliver B / launch C, and repeat.”

With that in mind, Jason is already planning his next campaign. 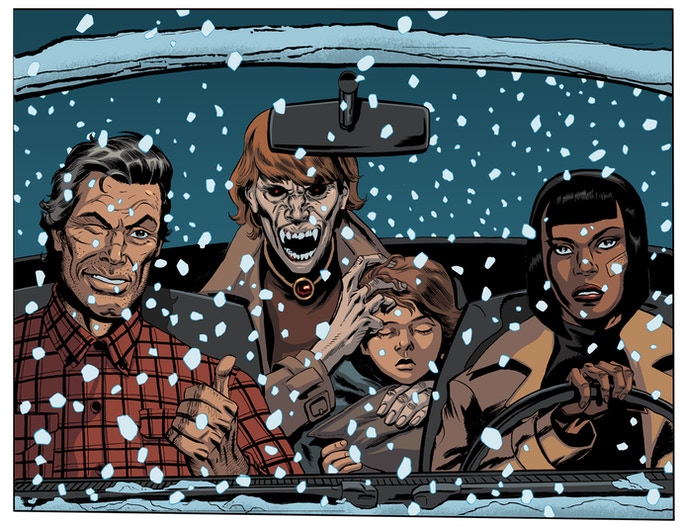 As Jason mentioned earlier, he is already geared up to launch his next project, GHOST BAND, about a worldwide pandemic. (“No, really.”)

With this project, Jason hopes to once again break the $10,000 barrier on Kickstarter. He thinks he’s positioned himself to do just that.

“For better or for worse, I have a unique voice and perspective that readers cannot find elsewhere. I don’t have a huge online audience, but I do personally engage with every backer. I hope my passion for storytelling and customer service keep backers coming back.”

Notify Me on Launch

Would You Like to Learn the Strategies Jason and Other Talented Creators are Using to Take Your Launches to the Next Level?