After two successful Kickstarter campaigns for his children’s horror comic, House of Fear, James felt the time was right to get his stories out to a wider audience. Before, he’d been too scared to pitch his work to a publisher. What if he wasn’t ready? What if they could tell he didn’t know what he was doing?

But now, armed with the confidence gained from crowdfunding success, James was ready.

It was time to submit.

James knew that he couldn’t just spray his pitch around to every publisher in the game. His experience with Kickstarter told him that having a specific, targeted plan was important to success.

“I made a list (a very short list) of publishers I’d consider working with, and Dark Horse was at the top. I like what they produce, and I knew they were not only interested in kids comics, but that they also want to make a push into the book market.”

It’s important to note that James was already familiar with Dark Horse’s publishing line. He knew what kind of books they made, and he knew what they were looking for. The fact that he liked their books meant it could be a good match. That’s when James got clever.

Rather than focus on selling individual issues, as he did on Kickstarter, James took a look at the children’s market and decided that pitching a full trade paperback was a better bet.

“Knowing the kids market tends to focus on graphic novels, I sent them a pitch for a collected edition.”

Pitch in hand, he went to the Dark Horse website and found their submission guidelines, which he followed to the letter, and then hit “send.”

Now it was time to wait. 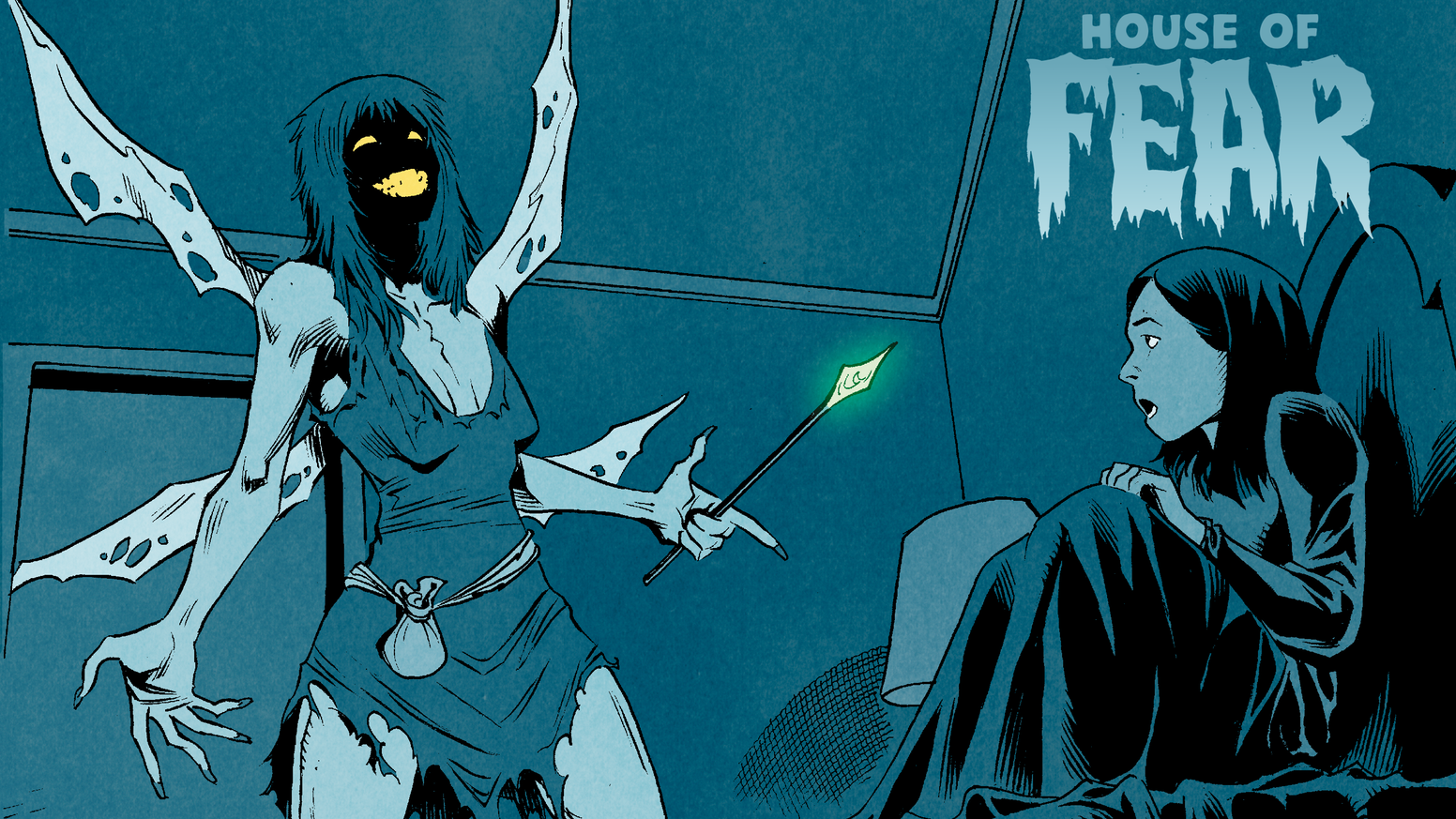 You Submitted Your Comic Book To A Publisher. Now What?

Rather than simultaneously submit to multiple publishers, James decided to keep his strategy simple.

“I didn’t submit to any of the other publishers on my list. Instead, I wanted to wait and hear back from Dark Horse.”

The question for James now was: how long to wait? He decided to give it a few months. If he heard nothing—or received a firm rejection—James would move on to the next company on his list.

In the meantime, he decided to keep moving forward on House of Fear by creating the next issue. That way, if after working his way down the submission list, no one wanted to publish the book, he could move forward with his self-publishing strategy.

The good news for James?

He didn’t have to wait long. 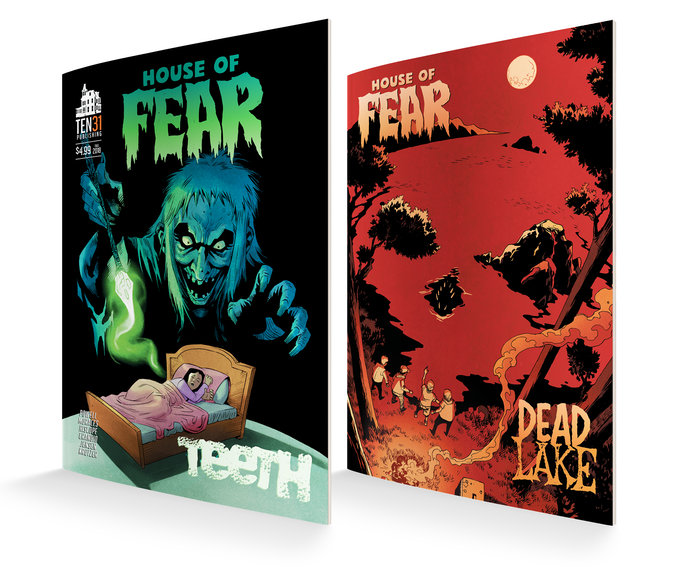 Why Failure Isn’t The End…

James heard back from Dark Horse after a couple of months: they wanted his book!

But before you start thinking things went too easily for James—he pitched his book to his preferred publisher and within two months they agreed to publish it!—some perspective is in order.

“I’ll be honest. I’ve wanted to quit so many times. Ugh, you have no idea. Most of my friends don’t seem to care that I have a passion for telling stories, and there’s so much noise online....let’s just say I get very little feedback from the world around me. I could share a story about when I handed out copies of House of Fear: Teeth, but it’s so demotivating, I can’t bring myself to write it down.”

Only one thing keeps him going through those dark times.

“I’ve had those moments where I sat alone in front of a script I’m struggling with, my computer screen mocking me as I asked myself what the heck I’m doing wasting my life trying to share stories with strangers. But I can’t give up. I don’t know why. I just can’t. I have stories to tell. And even if there’s only one person out there reading, I’ve got to keep writing them down.”

And now, after years of struggles, James finally saw his efforts pay off. The Dark Horse deal meant that his bright future as a comic creator would be filled with… 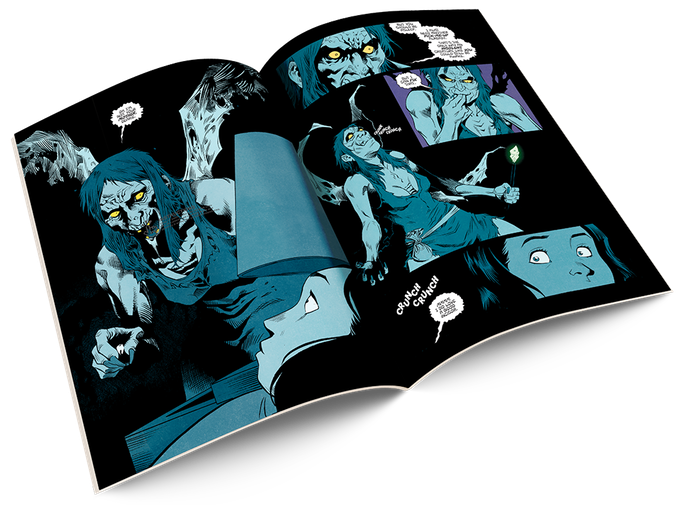 …And Neither Is Success

With a year-long gap before the book finally made its way onto bookshelves around the country, James wanted to keep House of Fear at the top of his audience’s mind. So he decided to run another Kickstarter.

“Seriously, it was a struggle. The campaign for House of Fear: Dead Lake and House of Fear: Teeth went incredibly well for the first 48 hours. I was at 43% right off the bat, and I was walking on clouds. But then, crickets. For days and days, little more than crickets and me shouting into the void.”

“To top it off, I ran a short campaign: only 2 weeks. That's not a big deal, really, because I think shorter might be better in some cases, but it certainly added to my stress. As each day came and went, I was one day closer to not reaching my goal, and I didn't know what to do.”

As the clock ticked down, it looked James’ latest Kickstarter wouldn’t fund. 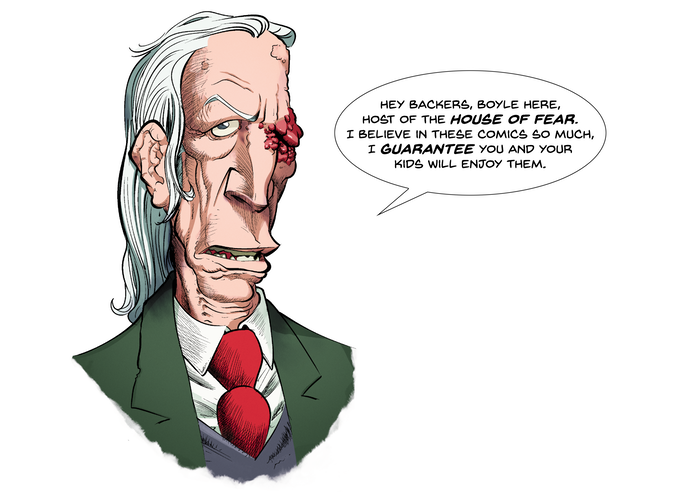 The Key To Kickstarter Success: Perseverance

But just as he did before, James decided not to give up. He continued to bang the drum and spread the word right up until the last second.

Once again, the strategy paid off.

“I reached funding with 10 minutes remaining. Man oh man was that close.”

Other challenges lay ahead, too. His printer wasn’t responsive, and they delivered the books two months later than expected—even after he paid extra for faster turnaround. This delay not only affected his fulfillment to backers, but the postal service upped their fees in the meantime, meaning James took a hit on shipping.

But James keeps a healthy attitude about things, knowing that each success will be followed by difficulties, which be followed by more success, in an endless, Groundhog Day-like cycle.

“I keep running into all of these things I don't know how to do. Each step I take, I feel like I've learned and improved and moved forward, but there's always another hurdle. Always another process to master. Always another challenge you hadn't expected. Never a dull moment, that's for sure.” 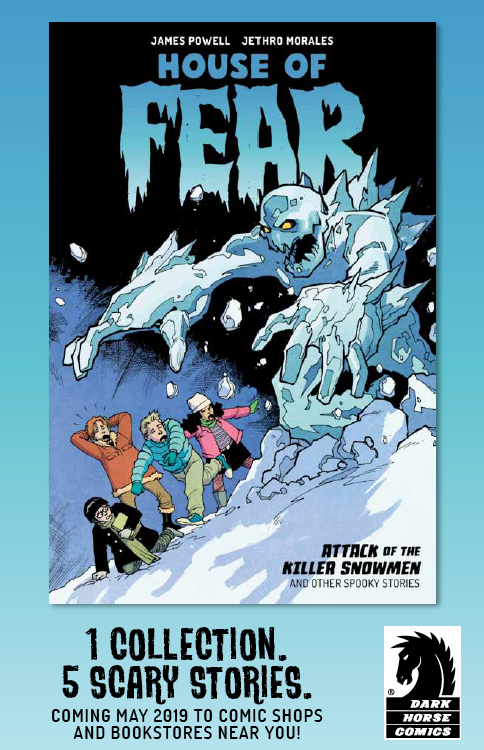 The HOUSE OF FEAR trade paperback from Dark Horse comes out in May, and James is hard at work promoting the book.

“I’m not sure how I'll react when I see it at the Barnes and Noble in town. Is falling to the ground and squealing while kicking my legs an acceptable reaction? I guess we'll find out. I hope there's no cameras around.”

And if he could talk to a five-years younger James, sitting at his computer, ready to quit?

“I’d say, ‘Trust yourself. Keep putting in the time and trust your instincts. Learn from others, but know you don’t have to follow anyone else’s plans. They’re making it up as they go, too. And only you know what’s best for you.’

“Well, that and, ‘Enough with the desserts already!’”

Would You Like to Learn the Strategies James and Other Talented Creators are Using to Take Your Launches to the Next Level?