How George O'Connor Found His Dream Team, Beat His Fears, and Had His Best Comics Kickstarter Ever

George O'Connor felt like he was chasing his tail.

He’d spent months putting together TODDLER-POCALYPSE, an anthology he co-wrote that was drawn by a dream team of collaborators.

He'd painstakingly put together his page and made a plan for Kickstarter success.

But once he hit launch, he quickly found himself fighting to maintain a delicate balance between life, work, and spreading the word about the campaign.

And as the “very busy 25 days” went by, George wondered if he’d ever get that balance right…

How To Find Your Dream Team Collaborators

Over the last couple of years, George curated a Twitter timeline of talented and positive artists that continually made him wish, “Man, I’d love to work with them.”

And then his brain connected two seemingly unrelated ideas: he wanted to work with a lot of these artists, and he had an unused pitch for a web series that he thought would make a great comics anthology.

With the blessing of his web series co-creator Diana Porter, George got to work making a plan. He sought feedback from the ComixLaunch Mastermind on how to best approach potential collaborators, and based on the advice of Tyler James, George went for a quick win that set the stage for all the other wins to follow.

“I started with Alex Cormack, who’s been a friend for years. I sent him the pitch and he responded super quick that he was in. The first thing he drew was the main cover. Having the cover to go along with the pitch made approaching other artists easier because we had SOMETHING to show them that this was real and was going to happen.”

After roping in another friend, George went through his list of Twitter follows and put together a Word doc of all the people he wanted to approach.

“I knew it was going to take time and that’d I’d probably have to approach 20 people to get the final 4 artists, so when someone said they couldn’t do it or didn’t respond, I was mentally prepared and just went down the list.” 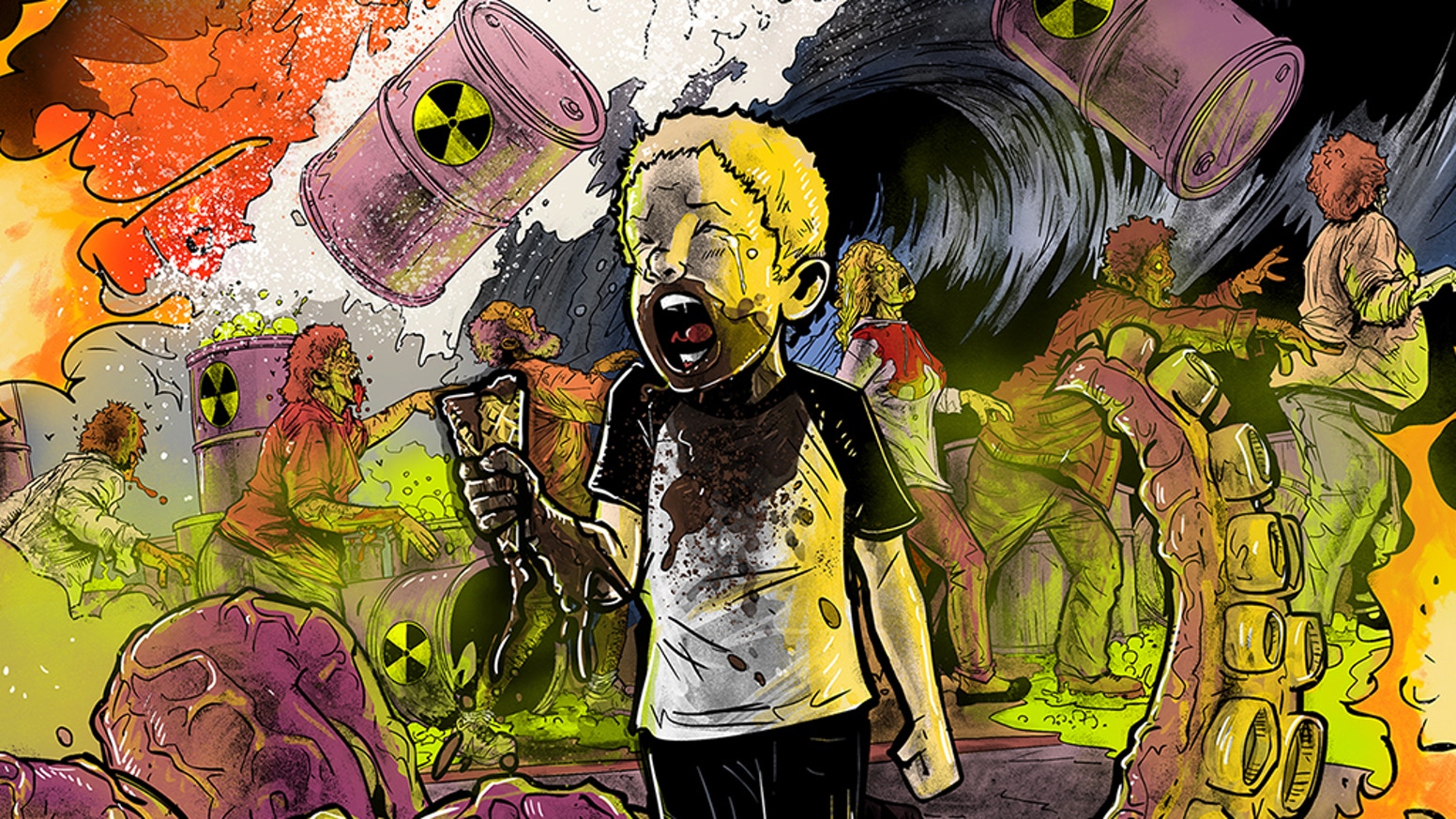 The Power of a Good Subject Line When Cold Contacting Artists

The other thing he learned was the power of a proper subject line for the situation.

“I was reaching out to busy, working artists. They weren’t waiting for my email to have something on their drawing board. The first few rounds had a conceptual subject line of, ‘What’s the worst part of surviving the apocalypse?’

“Around the 3rd or 4th round, I switched it to, ‘Paid comics anthology opportunity,’ and wouldn’t you know it, those emails got a much higher open rate!”

By demonstrating that he was a professional who respects their time (and income), George stood out. He used the same method for contacting potential letterers and colorists.

“Pretty soon, we had a STACKED line-up of artists that still makes me smile when I see all their names together.”

Spreading the Word and Preparing Your Audience for Your Kickstarter

About a month out, he started telling Twitter, Facebook, and his newsletter about it. With the cover and a completed story from Alex Cormack, George had a great way to show off the project and the quality of the team.

For the campaign, he knew he’d be leaning on the artists to share with their audiences, but George took nothing for granted. He booked podcast appearances and decided he wouldn’t be shy about promoting once he went live.

“When someone on Twitter would post or re-tweet, ‘Tell me about your new project,’ I dove right in and pitched the project, where in the past I would have gotten too self-conscious and not posted anything. We get a lot of eyeballs that way that we never would have if I didn’t go outside my comfort zone.”

And then he took a page from ComixLaunch member MJ Massey. One that drove him even further out of his comfort zone… and produced unexpected benefits.

Using Streaming Video to Spread the Word About Your Campaign

It began as a way to try and break through social media algorithms, but he found it put him in a positive mindset about the campaign. Talking about why he loved and believed in the project felt good, and it showed off the passion he had for it.

“Most of the posts were under 10 minutes and the majority were under 7. I’d try to focus on one or two things per post. Luckily, I was still getting some pages from the artists and colorists during the campaign, so a lot of the videos had a vibe of, ‘Look at this cool thing ARTIST X sent me yesterday!’

George realized that enthusiasm sells, and video shows that better than anything else. And it was easy to sound excited--because he was.

“The art in the book is AMAZING, and if people watched the video, they got to come behind the curtain and see how it was coming together.

“The advice I leaned into here—and it turned out true—is show off as much as you can! The more you show, the more people have a chance to find something about the project that they connect with.” 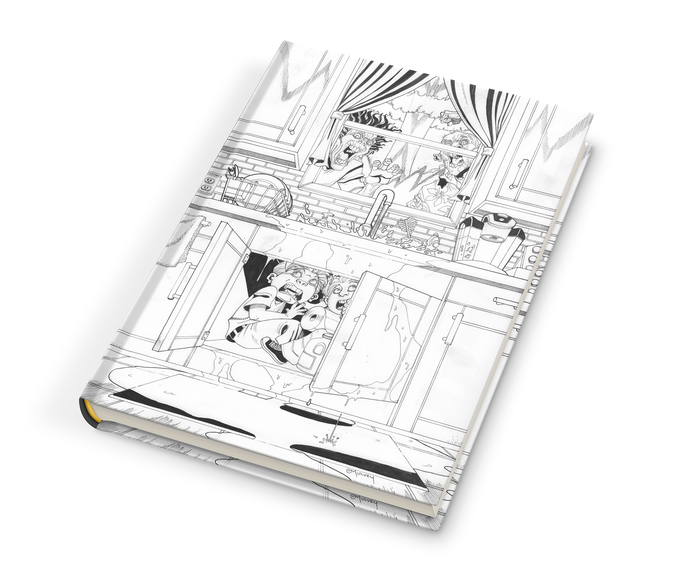 How to Balance Life, Work, and Kickstarter ... as Best You Can

So did George ever find that elusive “Life/work/Kickstarter balance?”

“Ha! No, it was a very busy 25 days. I woke up earlier so I could attend to the Kickstarter admin stuff before the workday started. I scheduled as many tweets as I could…and I leaned into reusing content. Instead of trying to think of something new to say, I settled on 3 or 4 messages and kept them on a loop.

"The life of a tweet is 17 minutes, and my post engagement was around 1-2%, sometimes popping to 10%. Statistically speaking, very few people were seeing a single post, so I felt comfortable using the same core messages knowing it was probably new to most of my audience.”

And that seemed to bear out: George gained followers through the campaign, contrary to his fear of losing people for “posting too much.” In fact, George realized that this entire project was about getting out of his comfort zone in almost every aspect.

“Cold calling artists is scary! And to do it close to 25 times is a lot. But I knew that was how we could create something amazing. [Plus] not being shy about promoting the book. I embraced the idea that I would not turn off people. If they’re friends or fans, they’ll want to see me succeed.

“All of the “risks” I took helped the campaign and weren’t nearly as scary and I thought they’d be in the end.” 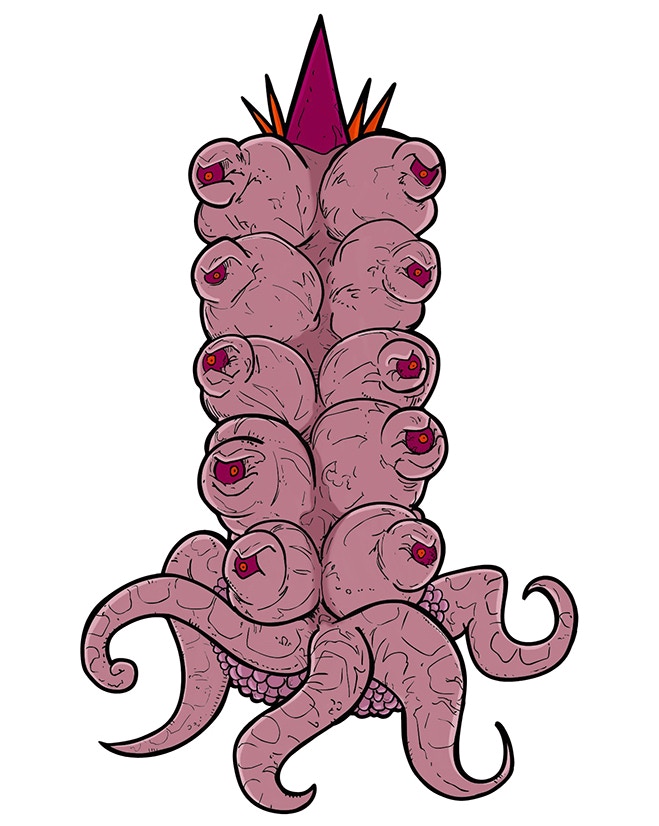 TODDLER-POCALYPSE turned out to be George’s most-backed project in terms of backers and dollars raised. It also got a lot of love from Kickstarter, getting the "Project We Love" tag and named their featured project on the 2nd-to-last day.

Not only that, it introduced him to a lot of new backers and fans, and he’s excited to put his very first hardcover into their hands.

So, with the hard part behind him, what’s next for George?

“Fulfillment! And I'm looking forward to conventions coming back. Hopefully it'll be a good, safe time, and I can introduce more people to the books and collaborators I love.”

Would You Like to Learn the Strategies George and Other Talented Creators are Using to Take Your Launches to the Next Level?