“This has been a really tough one for me to make progress on as I balance my time between writing and managing comic book projects.”

But as he built his subscriber base, Farhan discovered an important key to list-building: quality beats quantity.

“The biggest single thing I did [re:listbuilding] was in the survey to my last Kickstarter, asking people if they would like to join my mailing list--a lot of people said they would, and that has been the single biggest boost of people on my mailing list. And I think they have been quality additions to the list as they’ve already bought from me.”

Farhan knows that a past customer is more likely to be a future customer. So by focusing his efforts on people who had already supported him, he ensured his list was already warm when he sent them his first email. 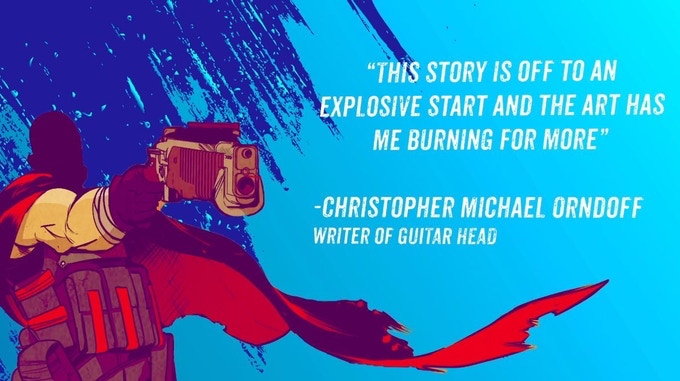 Should You Launch a Kickstarter in a Bad News Cycle?

Still, Farhan couldn’t help but wonder if his warm list would even be paying attention during a tough news cycle.

“There were two big issues around my launch: COVID and riots in the U.S., which spread to other countries. Both of these meant that all the social channels were full of those two news stories. That made it really tough for me to get my messaging across.”

It can definitely feel strange to be promoting your book when your socials are filled with bad news. But the reality is that bad things happen every day, and if you let the news cycle dictate your release schedule, you’ll always find an excuse not to hit launch.

So Farhan decided to go for it. Did the constant stream bad news affect his Kickstarter?

“I think it definitely had a braking impact on my campaign. I wasn’t able to generate enough engagement despite all my efforts. Still it was my most backed campaign.”

Read that last sentence again: even though Farhan felt like his message wasn’t gaining traction, he had his most-backed campaign ever.

Proving that sometimes success doesn’t always feel like we think it should. 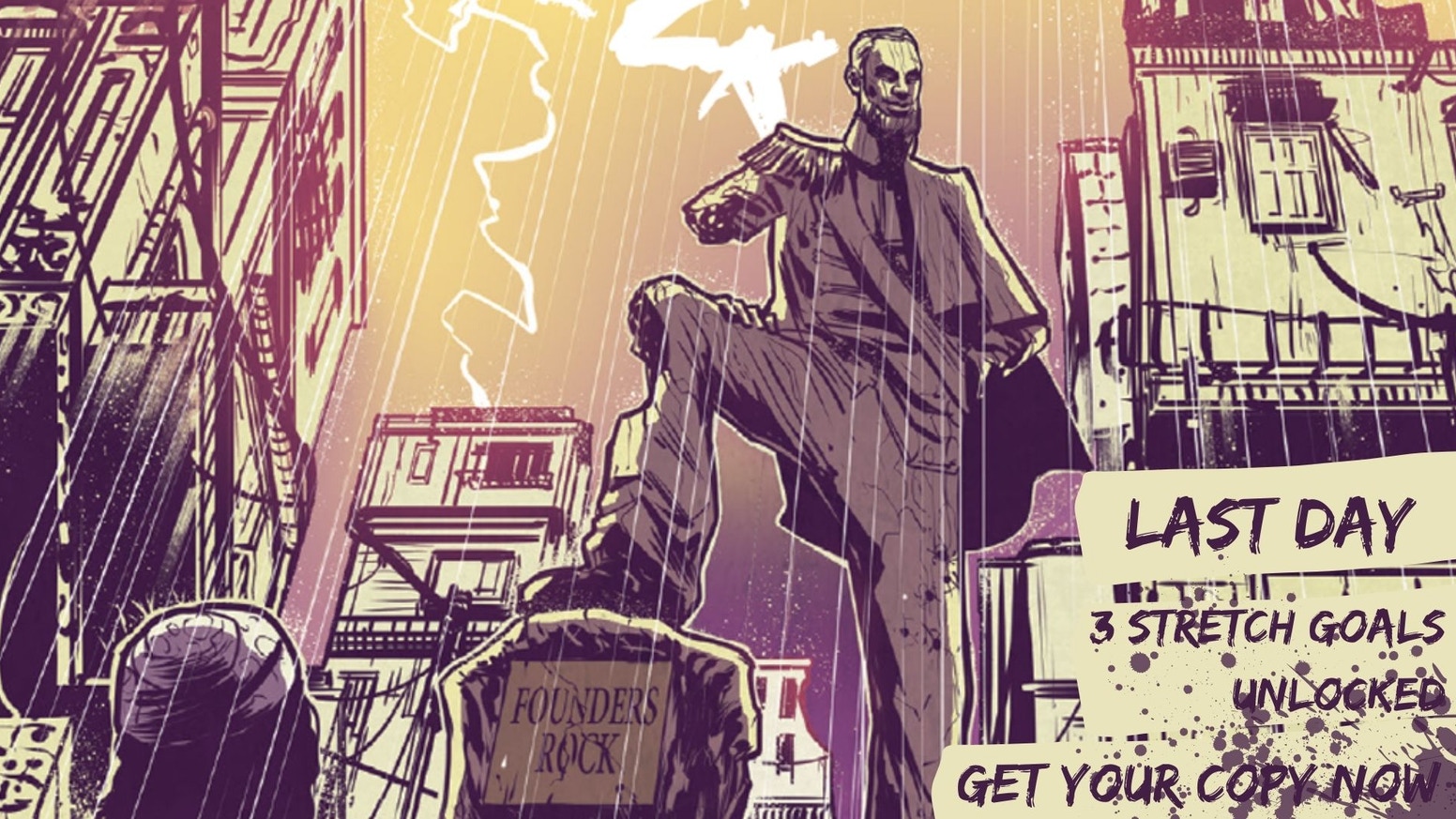 Putting The 80/20 Rule to Work in Your Kickstarter

At the outset of his campaign, Farhan accepted The Pareto Principle, the idea that 80% of his results would come from 20% of his actions.

In practice, this meant that he was committed to focusing only on those actions that would produce the most results.

“I’ve accepted that I would rather get less money but have more time to enjoy myself and spend time with my family. I want to find [online] groups that [translate into sales] and spend my time there, rather than hoping/wishing other groups are more responsive, which just leads to frustration.”

Along those lines, it was important for him to quickly identify the actions that weren’t working. Inside the Kickstarter dashboard, Farhan generated unique tags for all of his social media links and was able to see what worked—and what didn’t.

Once he identified what wasn’t working, he could turn his attention to what did: his warm email list and direct messaging people in his network.

“I used WhatsApp and FB messenger to directly connect with people, getting some big backers for the higher tier rewards.” 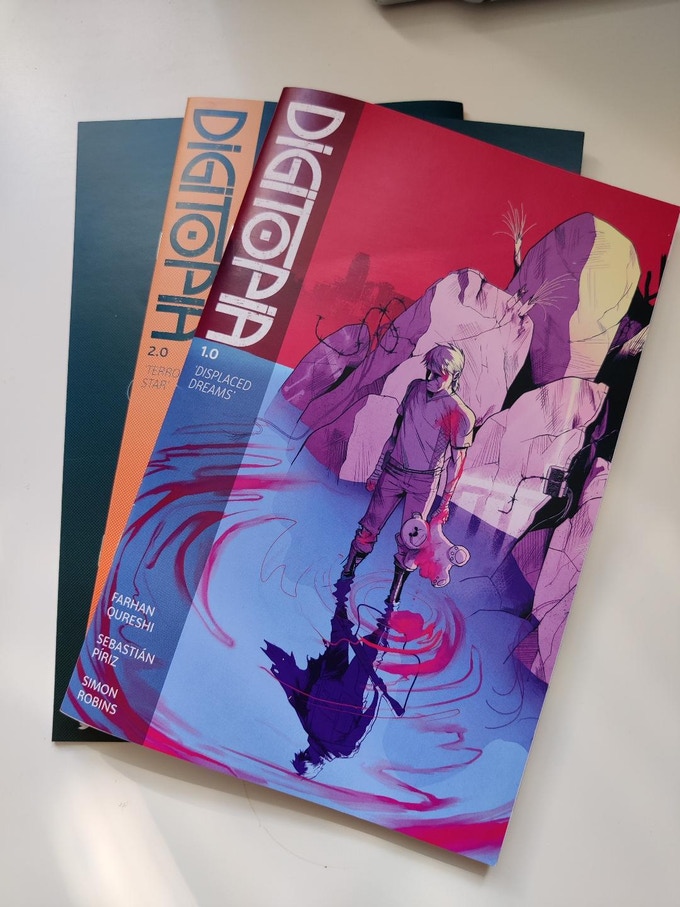 Build Your Kickstarter Around Your Life--Not the Other Way Around

The result of this targeted approach is that Farhan found he had much more time to live his life than he did on past campaigns, when he was trying to “do it all.”

With his time freed up, Farhan decided to arrange the Kickstarter around his life—not the other way around.

“Getting work done in the morning [was important], as once family is awake, it’s virtually impossible to be a dad and run a Kickstarter.”

He also set aside the hours of 8 and 10 pm for his “hustle time” and spent more time outside—and offline—during the day. In fact, in the final hours of his campaign, instead of constantly posting on social media, Farhan took his kids to the park.

“This tactic may not help me grow as fast as I can, but I think if I’m launching in Spring and Summer I want to get away from the screen and enjoy the sun.” 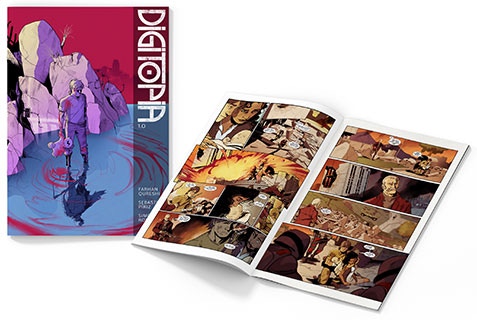 In the end, Farhan had his most-backed campaign and a finished graphic novel. Now it’s on to fulfillment--and potentially developing it for film/TV/video games.

He’s also planning a series of one-shots, which will serve as “pilots” for potential ongoing books. His goal is to see what resonates with his audience first before committing to another big project.

Yet another way Farhan is putting that 80/20 rule to work.

Would You Like to Learn the Strategies Farhan and Other Talented Creators are Using to Take Your Launches to the Next Level?