“From September 2020 - March 2021, I spent $500 per month on paid ads. I worked with a small marketing company to handle the audience targeting and all the back end setup. If I can afford to pay others to do things I'm not very skilled at, I always opt for that. I did create the ad content.”

At first it took time to get traction, but once the company honed the ads, Drew was getting multiple web orders daily. This resulted in around 300 orders from his online shop and a lot of traffic to his Brokenland #3 Kickstarter campaign.

“I spent more than I grossed, but I think most self publishers know how important building the fan base can be. I also believe finding a reader that took a chance based on a single image or two rather than thumbing through the full issue must be very strongly drawn towards your work.

“As for retail, I've managed to build relationships with 10 stores nationwide, all by simply reaching out and offering digital samples of my books. I use a product called Flipsnack to create and share professional-looking flip books with them via Messenger.”

With that base of support, his Kickstarter for Brokenland #3 got off to a great start.

Then the dead zone hit. 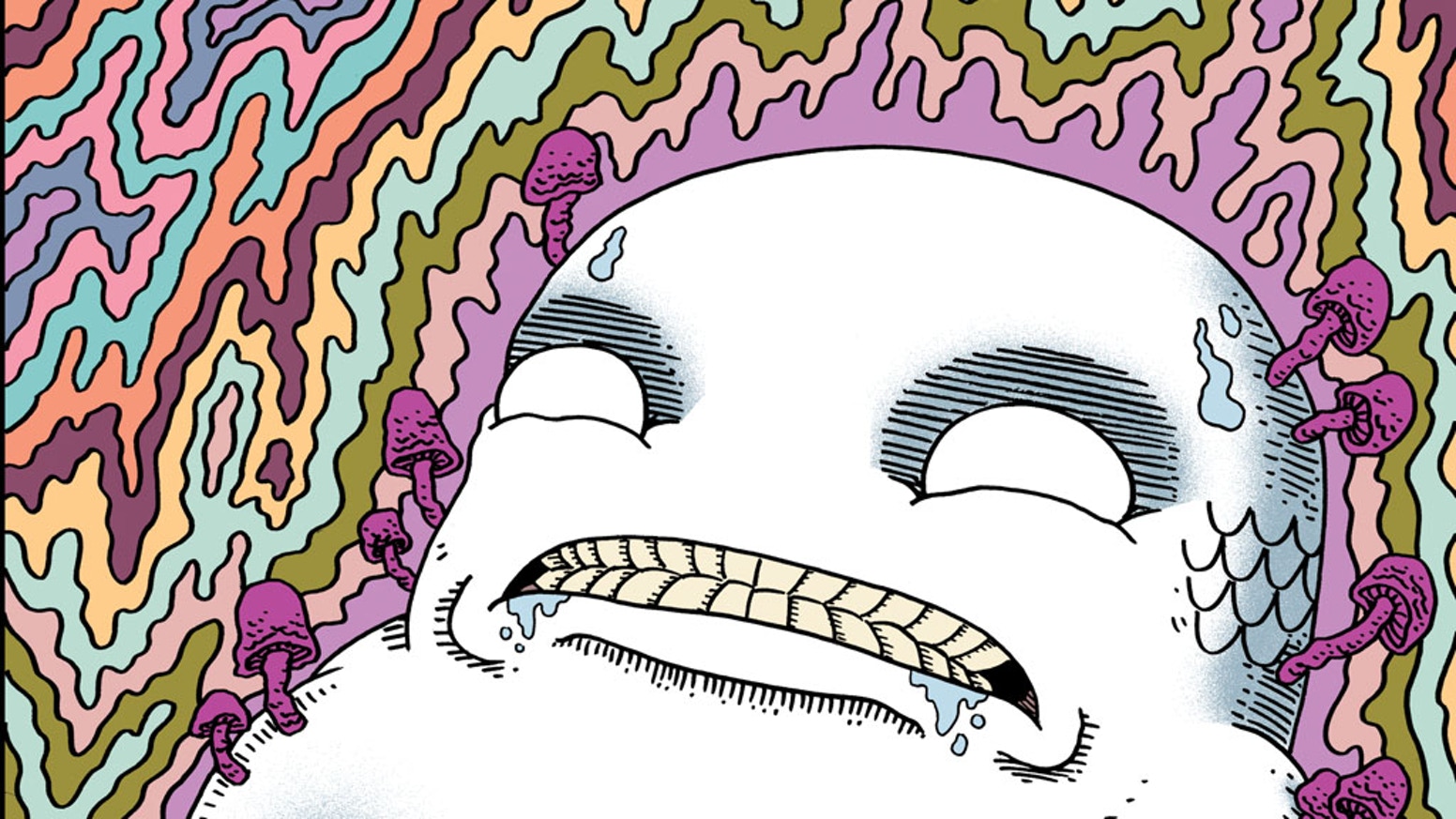 Thankfully, Drew had a plan for dealing with the slowdown that comes to every campaign sooner or later.

“During that time, I focused on driving traffic personally by reaching out to all of my past customers and sending my series to bloggers, review sites, etc. I literally wrote 200 emails to every person who has purchased issues 1 & 2 from my site, and many of them were ready to back and happy that I'd reached out personally.”

Drew credits this personal touch with keeping him sane during what can be a demoralizing time for many creators.

“I think focusing on existing relationships during the dead zone is a great way to find willing backers as well as remind yourself that people have been willing to support you. If you're just starting out with a small fan base, my advice is to urge your supporters to spread the word about your project - they might be proud to help!”

Drew also used the dead zone to get started on commissions for higher tier backers, since he had faith that his project would fund. Thanks to reward stacking, his average pledge level was higher than before…

...even if one of his ideas didn’t quite pay off. 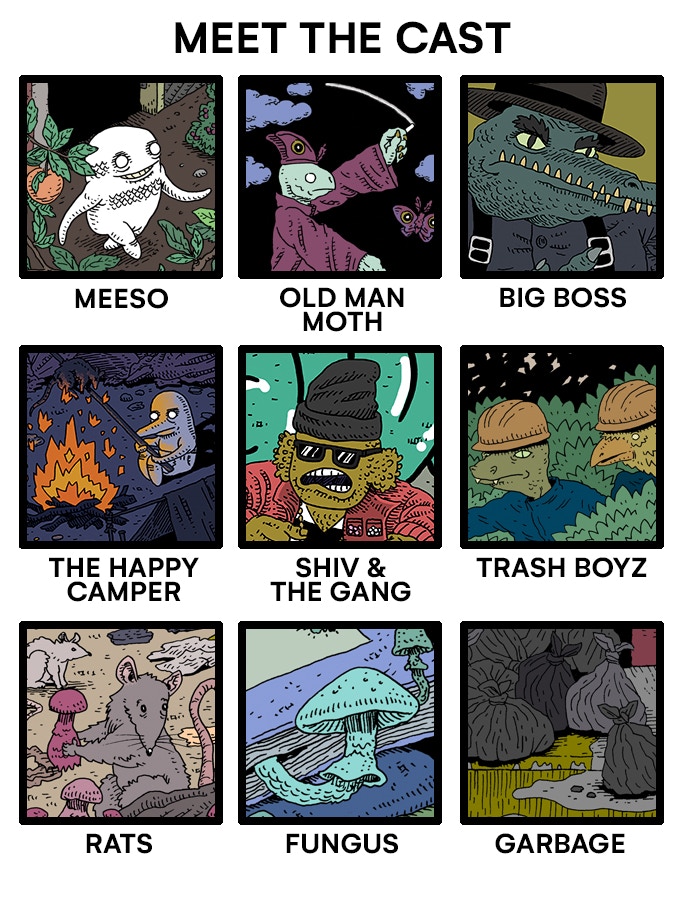 Now that Drew had multiple issues and prints to sell, he was able to tap into reward stacking, a concept where a creator bundles multiple products to form compelling high dollar tiers.

“For my last campaign I offered the third issue very affordably on it's own (print or digital) and built my tiers off that. I also published a 60-page sketchbook paperback available in the next tier up as well as small commissions and original page art. I think reward stacking should be kept to a reasonable number [of tiers] and should still feel diverse, where each tier is very distinctive from the rest. Personally I've had great luck with $100 8" x 10" originals that include the current issue.”

The one idea that didn’t work?

“I created a reward tier with very early original concept art and made the price point exclusive ($1500). No one was interested as far as I know - so in the interest of decluttering my project, I won't be doing that again. I've had luck selling original page art with each campaign at a $250 price point, so I'll stick to that.”

He’ll also stick with add-ons. Thanks to Kickstarter’s still-new feature, he didn’t have to worry about creating a tier for every combination of rewards imaginable.

In the end, the one-two punch of stacking his rewards and selling items ala cart proved potent.

The Importance of Finding Your Community on Kickstarter...and Beyond

By the time his Kickstarter ended, Drew had his highest backer number and total amount raised in a single campaign. He gained the largest number of new readers during this campaign and expanded his advertising efforts to a new level.

Looking back, he’s amazed at how far he’s come.

“Five years ago, I was really struggling to make money and finish a draft of my first issue, while also raising our newborn daughter and rebuilding the house we were living in at the time. It was absolutely crazy.”

His advice to creators just starting out?

“Engage the comics community more openly for advice, support, and basic camaraderie. It has made a huge difference being connected to many creators through ComixLaunch and by visiting more shops and taking a shot at more conventions. This is a medium and industry where it pays to take a deep dive and immerse yourself.

"I definitely feel lucky to have met Tyler and found this group. It is absolutely what motivated me to get my series off the ground!" 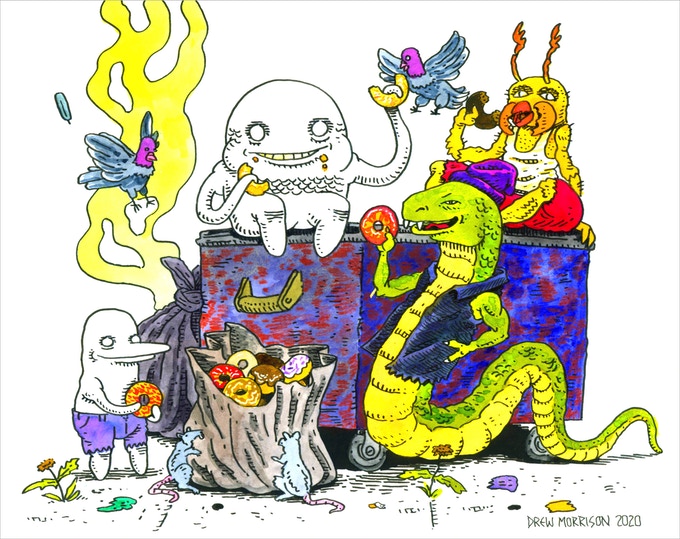 Drew just completed the art for Brokenland #4, a 53-page double issue that will conclude the first story arc, with a planned launch in October 2021.

“I'm excited to release issue 4, it's my best work as a cartoonist and storyteller.  I'm also releasing the collected volume 1 as a trade paperback.  The goal is to make this campaign the most successful yet, so I can then approach publishers with the social and monetary proof that this series has wide potential.  I love self publishing but there's a part of me that won't be content until Brokenland is out there under a well established publisher or imprint."

"The new books will feature a gallery of Brokenland Pin Ups from some amazing comics artists like Jesse Lonergan, Tim Molloy, SKINNER and Erik Svetoft!"

Would You Like to Learn the Strategies Drew and Other Talented Creators are Using to Take Your Launches to the Next Level?