“I have two children, 10 and 8, that mean the world to me. They can’t really fully enjoy my other work because it’s made for adults, so I was really motivated to do something I could share with them. We’ve also experienced the loss of some loved ones in the family recently, so I wanted to find a narrative way to bring them comfort and understanding about this often difficult subject.”

At the core, though, his storytelling challenge was the same:

But unlike his day job, the task of finding a new audience for UNIKORN would solely be up to Don. He decided to turn to Kickstarter, where he found some important parallels to working in Film and Television—and some crucial differences.

“Running a Kickstarter Campaign was in many ways like launching or producing a film or TV show. Deadlines, production schedule, budgets, etc. The social media aspect and the advertising aspect were new to me. We have marketing departments who handle all of the advertising logistics, and I have always been a bit social media averse, so I had a bit of a learning curve there.”

Don knew he couldn’t do it alone.

He was going to have to grow his network. 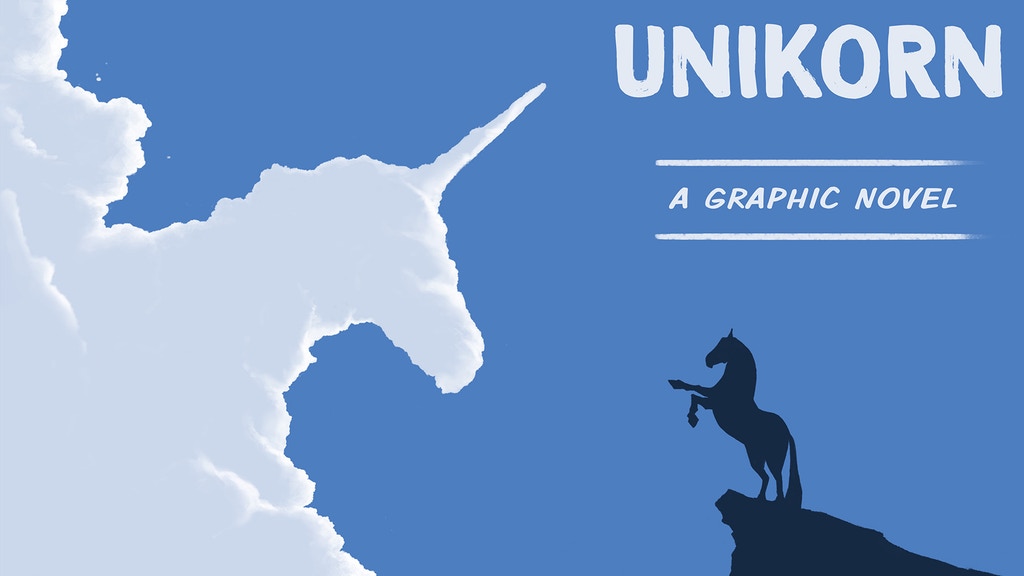 How to Expand Your Network for Kickstarter Success

Don joined the ComixLaunch Mastermind, immediately plugging into a larger network of creators that could help him navigate the sometimes-tricky waters of Kickstarter.

Of this decision, Don says:

“First of all, I am grateful to Tyler James and the crew from ComixLaunch (including fellow creator Clay Adams who was in my ComixLaunch Mastermind)….  The MasterMind not only helped from a creator’s perspective, but also from a psychological perspective, as Tyler and crew helped me navigate the Dead Zone.

"The many creators in my MasterMind were also a great help giving me much needed encouragement and feedback through the process—Rob Multari, James Whiting, Frank Martin, John Edingfield II, Albert Lim, Ryan Kroboth, Brant Fowler, Mark Romero, Andy Perry, Timothy Larsen, Philip Charles and Moana McAdams. I am sure I forgot someone; if so please forgive me.”

In addition to the emotional and creative support, Don found the bonus resources inside the Mastermind invaluable.

“There were so many resources that guided me through the process—AdLaunch for the facebook ads, ListLaunch for creating a solid email list, and ComixLaunch for the Kickstarter specific questions.”

With a plan—and a support network—in place, Don hit the launch button. 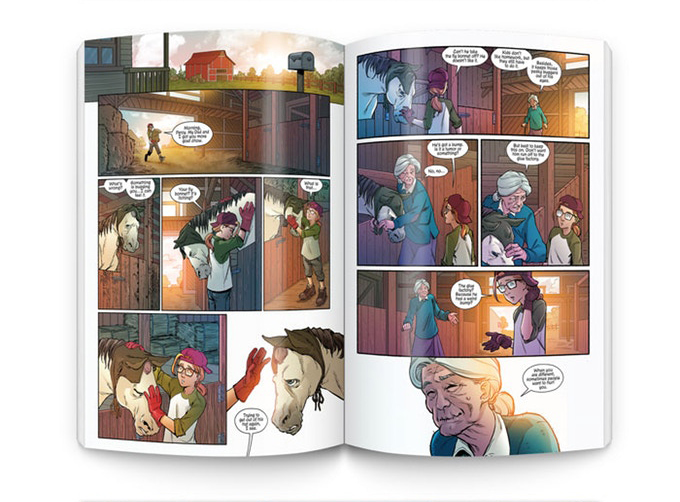 What to Do When Your Dead Zone Plan Fails

Don's launch day strategy was built largely on tapping his existing comics audience, in the hopes they’d be interested in trying something new. Just to be sure, he sweetened the pot with some exclusives related to his past work.

After a strong start, the UNIKORN campaign settled into the usual Dead Zone, and it was time to implement other strategies.

But despite his best laid plans, not all of them worked.

“We put the center of our Dead Zone on National Unicorn Day [and tried to get some press for it] hoping that would give us a nice boost. I wish it could say it did. It was still kind of a Dead Zone.”

Don even experimented with Facebook ads, hoping to tap into a larger community of unicorn and comics fans.

In fact, when it came to tangible results, Don points to two things that worked best:

“I felt like the other creators getting word out and the personal outreach to our existing audience for our comic books was the most effective marketing we did.”

Don's network made the biggest difference. 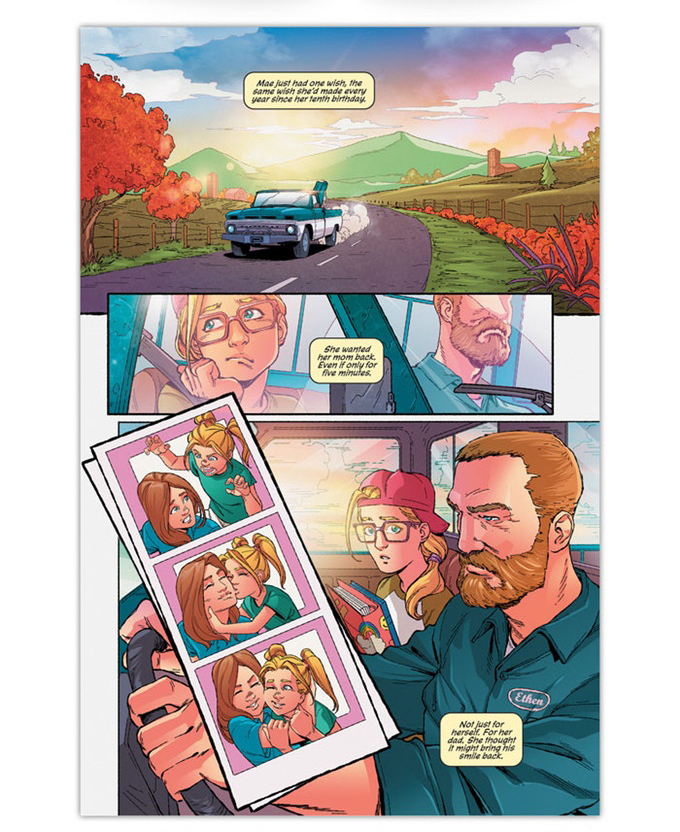 When Did Success Become a Dirty Word?

One of the most surprising challenges for Don came from an unexpected place: the sense that because he’d had some success in Film and TV, he didn't deserve to be on the Kickstarter platform.

“The press coverage we did get from one source was good, but some of the comments were negative—i.e. why is this successful person in another field looking for crowdfunding. I found that interesting: the different and sometimes negative attitude people have for the artists using crowdfunding versus, say, the people selling backpacks or drones or coffee machines. For the artists, some see it as ‘charity’ rather than marketing and selling a product. Your ‘success’ to them is seen as a bad thing—i.e. 'why are you crowdfunding this?' For the former DJI executives selling drones on Kickstarter, their success and experience in their field is seen as not just a plus but necessity for someone to risk their investment—i.e. they know the drone will fly, but with artists, there was this segment of people that felt like crowdfunding in the arts was just charity and we were taking advantage.”

Ironically, it was Don’s success in Film and TV that led him to comics crowdfunding in the first place.

“I think the central struggle for any artist or entrepreneur is the ability to own your product and or company, whether it’s a comic book or a backpack manufacturer. Kickstarter allows creators to do that, which is why I am such a fan of the platform. No middle men. Artists can own the work they produce. It’s a complete paradigm shift from the traditional model of: artist creates work, conglomerate owns it and gets most of the profits. I don’t know why anyone would promote the latter at the expense of any artist or creator.” 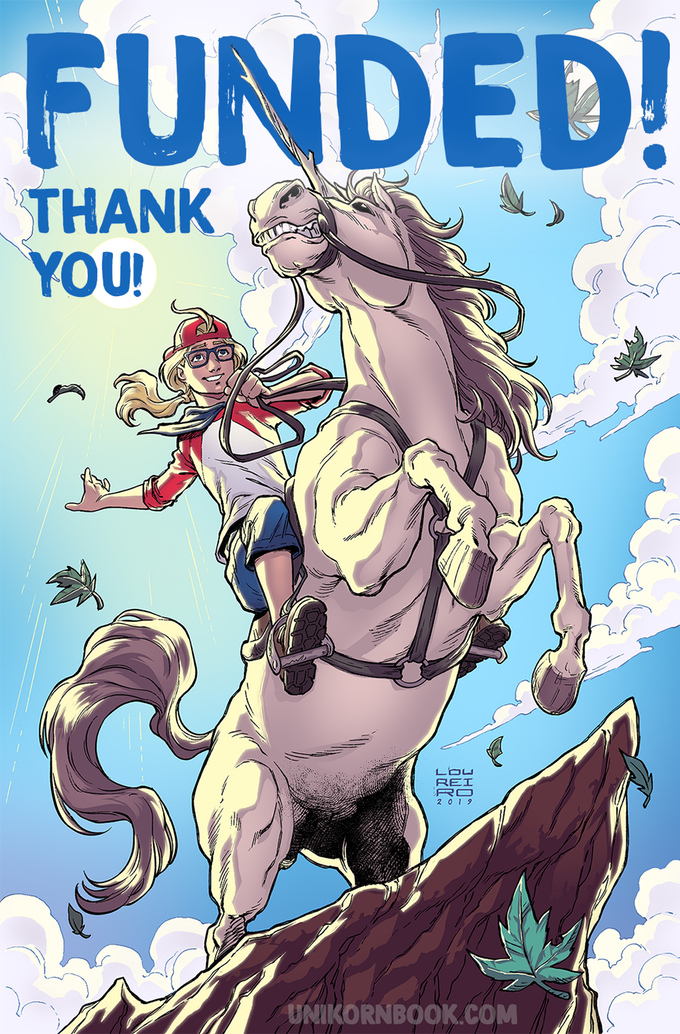 Even with these challenges, Don’s campaign funded thanks to hard work and good old-fashioned networking—opening up a new way for him to develop, create and sell stories.

Next, he’s returning to work on three of his more adult-oriented comics —DARK AGE (Red 5 Comics) and THE SOURCE  and THE MALL (both for Scout Comics). And he’s delving back into the world of film and TV, rewriting a script for actor JK Simmons (AKA J. Jonah Jameson in Sam Raimi’s SPIDER-MAN trilogy).

As Don reflects back on his first Kickstarter experience, he’d like to offer his younger self a few words of wisdom:

“I remember my first comic signing. I sat in the same spot as Luc Besson after he had just finished promoting his movie 'Valerian.' [Besson] had lines out the door [but] no one even really saw me. I made a mental note that Luc Besson could be in the back of the store—he needed room for the queue, but no one knew who I was, so I should have been at the front of the store under a blinking neon sign (not that it would have helped).

“But seriously, comics has been such an amazing journey for me. I grew up with a hard-working single mother who somehow found the resources to take me to the comic book store every month, and for me to now be working in the medium feels like going home again in some ways. There is no greater satisfaction as a creator for me than making comic books. Its world building and the line of creation is so pure: writer to artist to consumer.

"I guess I would just tell myself five years ago to get into making comics sooner.”

Would You Like to Learn the Strategies Don and Other Talented Creators are Using to Take Your Launches to the Next Level?