Daphne Lage wanted to push herself.

A veteran of several campaigns, she’d crunched the numbers, done her homework, and knew what running a successful Kickstarter would take.

But this time, she was determined to attract new backers to the fourth issue of her book EGORAVEN and reach a personal best in funding.

The only question was:

What would it take to get there?

In this edition of the ComixLaunch Spotlight, you'll learn:

As a Kickstarter veteran, Daphne had already built her mailing list and made it a habit to study her past campaigns.

“ListLaunch and ComixLaunch were both huge in helping me focus on what I needed to do in building my mailing list and preparing for actual campaigns… I also really try to study my Kickstarter analytics to see where my audience is coming from and how I can improve on that. I keep getting accused of being a ‘numbers whore,’ but that’s where the info is!”

This time around, she took advantage of a still-relatively new tool in the Kickstarter arsenal: the pre-launch page.

By aggressively sharing her pre-launch page before her campaign went live, Daphne was able to increase awareness of her project, gain followers, and drive traffic to the Kickstarter in those critical first 48 hours.

But none of that would mean anything if she didn’t have the right combination of rewards. 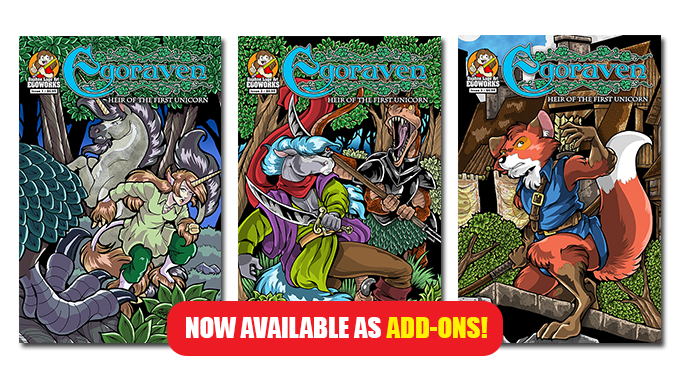 The Importance of Catch Up Tiers and Studying Other Campaigns

One advantage to serializing a comic on Kickstarter is that you can take advantage of catch-up tiers.

Not only do they allow new readers to jump into the series, the relatively high cost of the tiers helps increase your average pledge level--and therefore your funding.

“Getting a lot of new people buying the catch-up tier in one go [helped me] gain the most backers yet in all of my solo campaigns and reach 6K.”

In order to plan her catch up tiers, add-ons, and the rest of her campaign, Daphne not only studied what worked on her previous campaigns but the campaigns of her peers as well.

“Understand that the hustle and grind is real and that you never stop learning. I’ve done or helped with 20+ campaigns over three titles (EGORAVEN, TALL TAILS, THE OSWALD CHRONICLES) and with each one, just when you think you’ve figured everything out, there’s a new lesson to be learned for the next one. There is no one magic formula for success. And that’s why I always try to study as many people’s campaigns as possible. Each one is either a lesson or a warning. Either way, you’re getting something out of it.”

Success, as they say, leaves clues.

It also doesn’t happen in a vacuum. 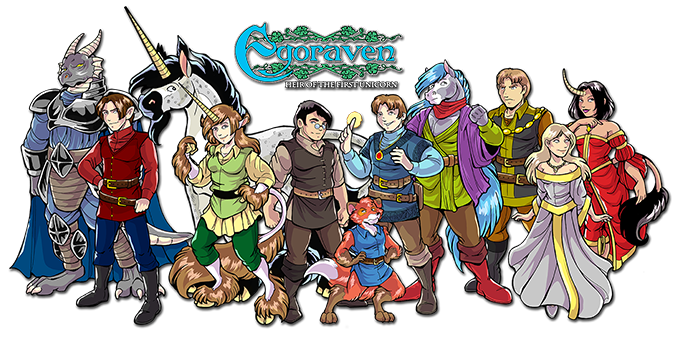 Get Involved in the Kickstarter Community to Build Your Audience

One vital lesson Daphne learned was to get involved in the Kickstarter community--and to do it early.

“I’m really seeing the benefits of growing a network of creators to collaborate with and help spread the word about our campaigns through link sharing, special artwork for rewards, trading PDF's, and podcasts.”

Building a network of like-minded creators who help each other in terms of advice, cross-promo, and supporting each other on the campaign trail takes time. So, the sooner you start, the better... because the middle of your campaign might be too late.

“Cross-promoting similar campaigns really was the fastest way for me to get eyes on my project by sharing with other creators and their audiences and doing the same for them.”

While leveraging the audiences of other creators helped her grow her fanbase, there was another segment of backers that proved crucial to her success: 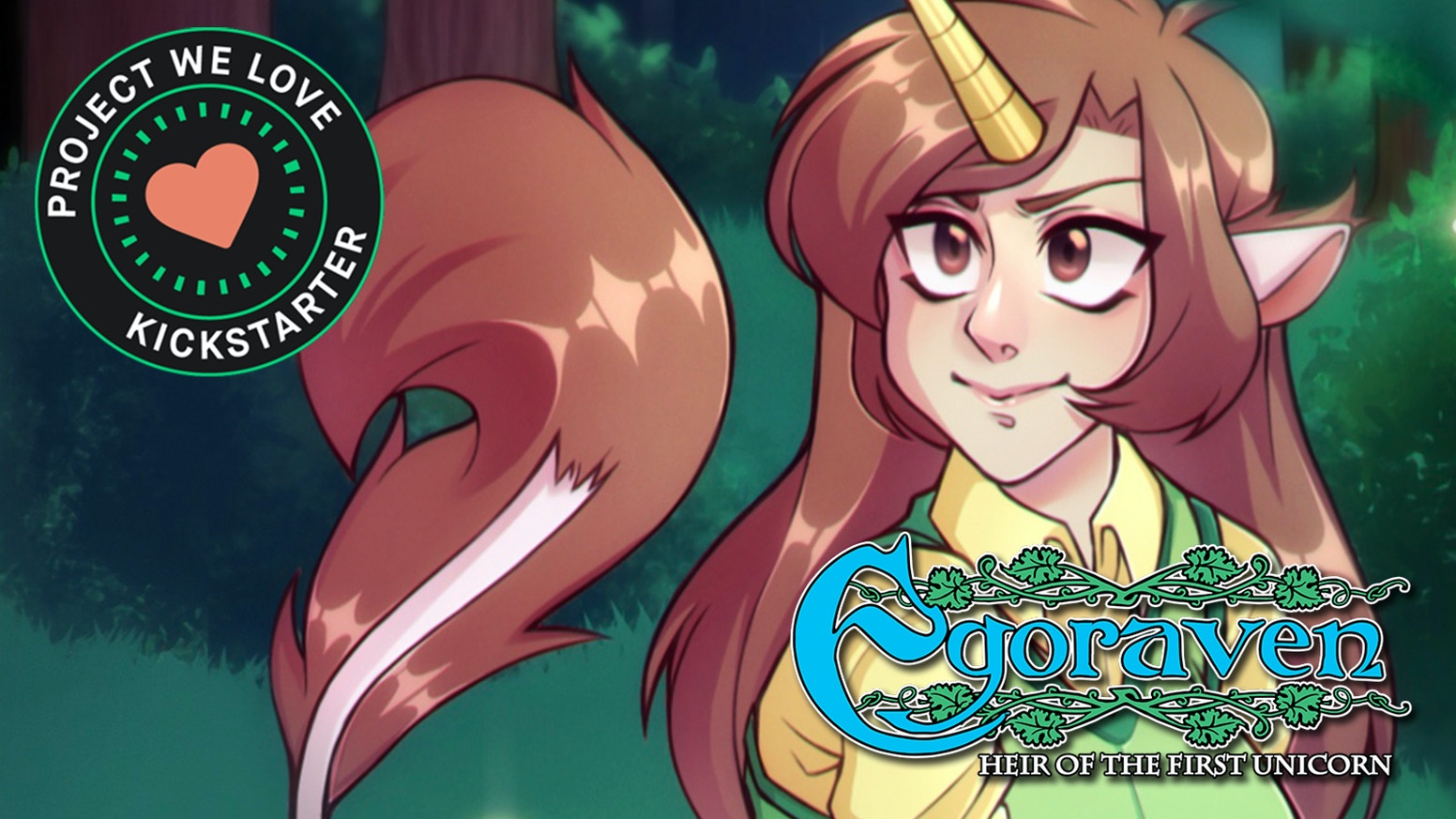 How Often Should You Email During a Campaign?

By spreading around her pre-launch page before launch, Daphne helped ensure a big first 48 hours. But not everyone in your existing audience will back right away.

What’s the best way to get the fence-sitters on board?

“I tend to be hard sell—really only sending out emails when I have a campaign going. I noticed that once a week emails during a campaign seemed to help.”

By emailing her list once a week during the campaign, Daphne reminded her past supporters that there was a ticking clock. And with a little extra work, she didn’t even have to get them to open the email to see results.

“I have a very low open rate; however, I learned from talking to some people on my list that if I work my subject line just right, they use my emails as reminders and just go straight to my campaign without opening it!”

With her email and cross-promotion strategies set, it was time to turn to another piece of the Kickstarter puzzle: 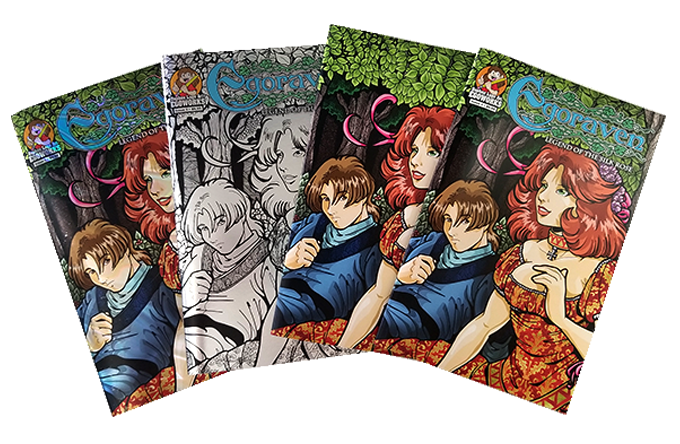 Are Podcast Appearances Worth It for Kickstarter Creators?

Kickstarter creators often worry about getting press coverage for their campaigns or booking podcast appearances.

But this time around, Daphne noticed something.

"The most noticeable thing I did this last time around was sharing links in Kickstarter updates and my newsletters. That seemed to get more interest in my campaigns than doing the podcast rounds, although that helped as well. It’s just that for EGORAVEN #4 I found myself doing less shows but gaining more backers."

She learned that the strategy outlined above—liberally sharing her pre-launch page, frequent updates with clear and easy to click links for her newsletter and previous campaigns, plus cross-promotion with other creators—worked better for her than podcast appearances in terms of pulling in new backers.

(To be sure, podcasts helped, but not as much as the other strategies. She also streamed three times a week on YouTube, which she also thinks helped drive traffic.)

None of these lessons were learned overnight.

“I don’t think I really found my groove until we all went on lockdown in 2020. The forced stillness really pushed me to focus on my comic book work in a way that I wasn’t able to in the 30 years I’ve been self-publishing. Not to diminish what was going on because of a global pandemic, but I literally blossomed creatively because of it and I’ve been trying to keep that momentum going since. And it’s only because of the people I met because of the pandemic that I was able to bring EGORAVEN to the place that it’s in now.

I wish I could tell the Daphne from 5 years ago to get started on EGORAVEN sooner, but I was nowhere near the necessary mindset or I would have been doing it back then.” 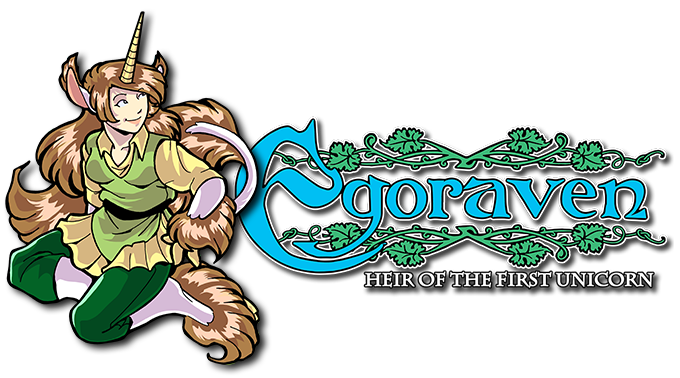 In the end, Daphne funded to the tune of $6,309 on the strength of 173 backers. Now she’s preparing a trade paperback collection of her first four issues of EGORAVEN.

“Trade paperbacks usually don't do as well for me as individual issues, so my next goal for EGORAVEN: HEIR OF THE FIRST UNICORN Vol 1 is to see if I can push the trade to a level similar to the comics.”

As for the new issues? She’s setting her sights on a new personal best.

“For EGORAVEN issue 5 I would like to reach a REAL 7K goal (after accounting for fees and dropped backers).”

Free PDF's  of TALL TAILS and THE OSWALD CHRONICLES +

Free sample PDF of EGORAVEN: HEIR OF THE FIRST UNICORN #1

Would You Like to Learn the Strategies Daphne and Other Talented Creators are Using to Take Your Launches to the Next Level?