Like many creators, he’d had an idea for a comic, which he successfully funded on Kickstarter. But by his own estimation, about 90% of his pledges came from friends and family.

For his next campaign, Andy swore he’d expand his fanbase and get that percentage down. There was only one problem.

He didn’t know where to start.

What is a Mastermind Group?

Andy decided he needed a support system, so he joined the ComixLaunch MasterMind, a group of creators who meet once a month to help each other grow their creative businesses.

“Being around like-minded creatives gave me a sense of reassurance. I’d picked people’s brains before and received loads of help, but this was a forum where everyone was in it for each other. Speaking to people who have been there and done that was invaluable, but it was also interesting that despite everyone’s experience, there was a collective sense of humility and desire to keep learning.”

Joining a group like that can be intimidating, but Andy quickly learned he had nothing to fear.

“I worried about how much I’d be able to participate in a forum where there was so much experience. But I was able to bring my own ideas, perspective, challenges and opinions to the table that were received warmly and appreciatively. This really boosted my confidence and helped me believe that I belonged within the group.” 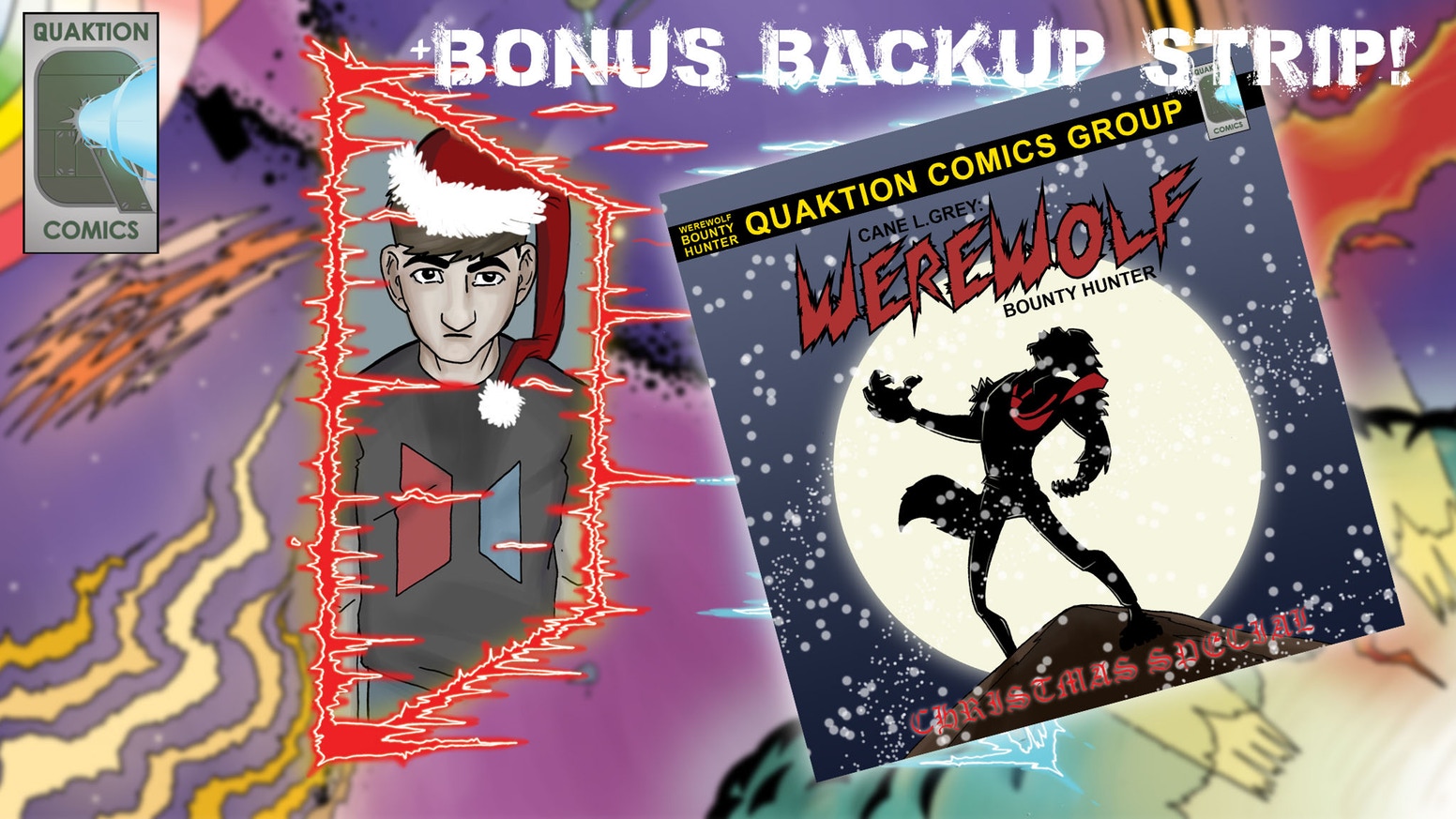 The Mastermind helped him come up with a game plan to get the ball rolling.

“[I used] three approaches really. Firstly, I stopped being coy about contacting friends, family and colleagues (old and new) and asking them if they’d like to be on my list. Many people who weren’t on the list asked why (they were feeling left out), so I hit them with WhatsApp, Facebook and LinkedIn texts. Often I personalized them to an extent. About three quarters responded and said ‘Yes’, and I got to catch up with some old friends. Lesson here is ‘Don’t be shy – no one else is gonna sell you’.”

This was a solid start and a confidence booster. But it didn’t help Andy expand his fanbase beyond his existing circle. So he tried approach number two:

As part of his Mastermind experience, Andy had access to the ComixLaunch “AdLaunch” training, which helped him learn how to harness the power of the world’s biggest social media platform to find fans of his work.

“This is an entire chapter on its own… It cost me a few quid, and I’ve tons to learn here, but that really helped.”

But it was the third approach that really helped him forge a connection with fans. 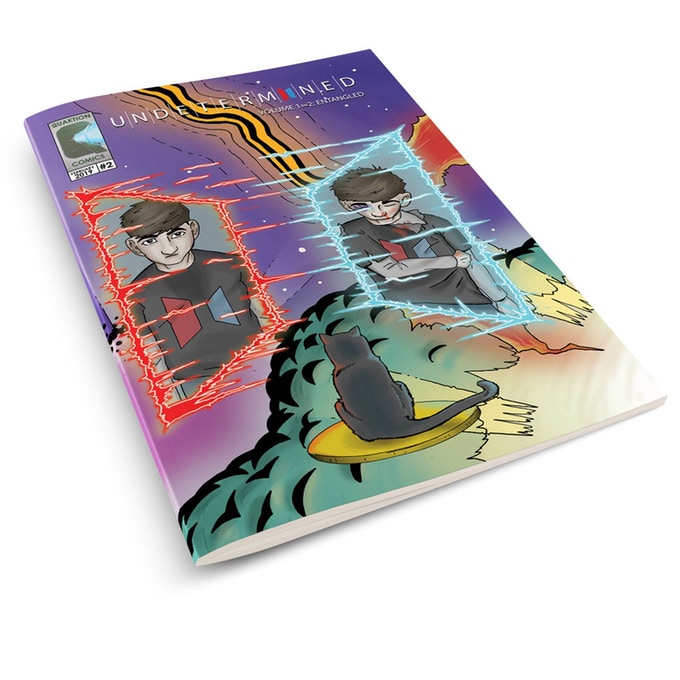 How to Get Fans at Comic Cons

“I got some great advice on how to approach and speak to people [at comic conventions], but the two best pieces of advice were to give away a freebie to start a conversation and tempt people into signing up. I used badges that I got for a few pence each, and people love them (they have a cat on them, which helps).”

“I was also recommended the Mailchimp Subscriber app, which runs on a tablet and provides a quick and simple signup process to my mailing list. I built a workflow around these signups and within a minute, anyone signing up got a free digital copy of Episode #1 of Undetermined.”

Andy says the trick to cons is knowing which ones to attend. He’d worked a few before as a volunteer, so he had an idea what to expect. But the two he attended in 2018 were eye openers.

“The main lesson learnt was to know what con is right for me. The two I attended seemed to focus on commercial products and art, e.g. Marvel, DC, etc. So, as an indie creator, I was a bit of a gooseberry. I spoke to another indie creator (I think there were 3 of us in total out of 50 stalls) and they felt the same. Other cons promote the indie scene, and I need to do more research into those [and] be a little more selective about which I attend.” 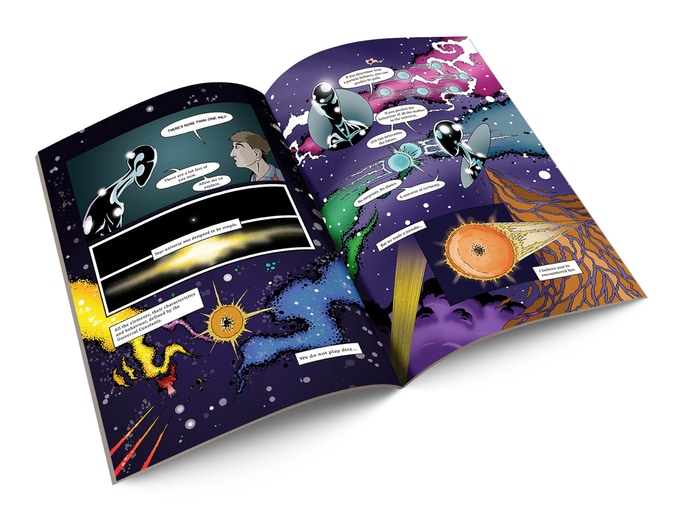 How Many Kickstarter Backers Do I Really Need?

Despite his success growing his list, not everything came out roses for Andy when it came to the Kickstarter.

“In the campaign for Episode #2 of Undetermined, I really pushed the cross-pollination approach. I worked with a friend who’s a song writer for a band, and we wrote a song. The idea was to bring the band’s audience of a few thousand to my comic. It didn’t fail, but it didn’t bring as many backers in as I’d expected. I need to do more of a drains up on this—perhaps the comic’s subject matter didn’t resonate with their audience, perhaps they don’t like comics. Definitely to be determined…”

Andy also found that even though he attended cons, ran ads, and expanded his mailing list, it didn’t automatically translate into a viral campaign.

“I still didn’t get as many backers as I’d anticipated. I invested a lot of time into each, and didn’t feel I’d received the return – something I discussed on an MM call. I was reassured, however, that I probably shouldn’t expect to give someone a free badge or stick an ad on their FB feed and expect a pledge. I realized I need to play the long game a little more. I’ve still retained a lot of the interest, and what I’ve learnt has been invaluable.”

The biggest lesson he learned? 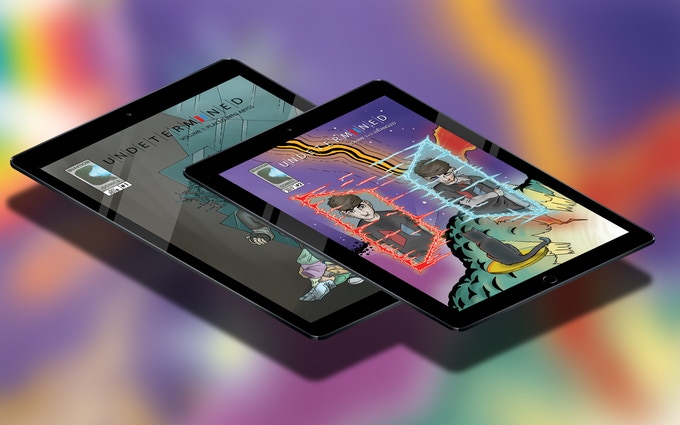 Andy admits it was his own expectations that often left him feeling down.

“I can’t say exactly how much I expected to raise for the Kickstarter, or how many backers, or how many review sites would fight over exclusive reviews, but I did feel deflated during and post the process... Since then, I’ve rationalized where I am and want to be as a writer. Should I expect to write a comic and it become the next Watchmen? No. Should I write a second comic, and it receive a movie deal? No. I’ve maintained momentum, and some great feedback from friends.”

In fact, even though his accomplishment didn’t feel big on the inside, he learned an important lesson about success.

“The other day, a friend messaged me and said ‘Looks like you’re really getting going on the writing and churning stuff out’. I guess the external perception is very different from my internal perception. I tend to normalize success (I think this is common in the artistic industry), and criticize myself regardless of the achievement. If I’d have hit 100 backers, would I have been happy? Maybe. 200? A bit… Where does it end? The key for me was to realize I was successful and gained lots of experience and new audience members in the bargain.” 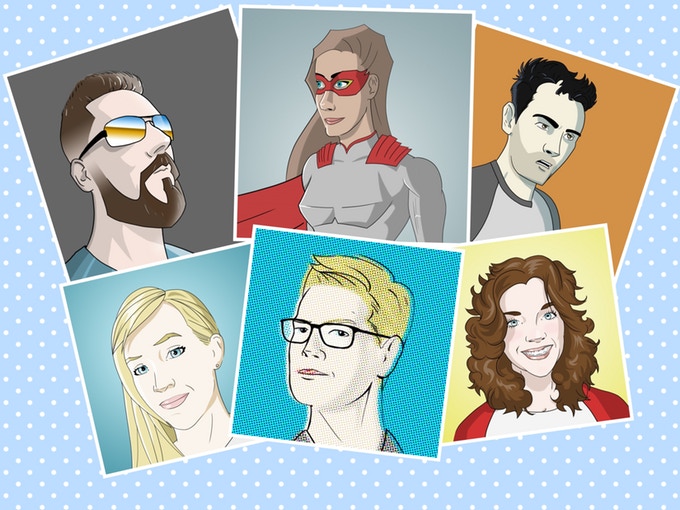 Moving forward, Andy plans to keep up the momentum—and his own motivation levels—without burning out.

“I’ve retained a lot of my audience and the plan is to release more products to keep them interested in my work.”

“A Quickstarter, supporting my artist with his first standalone comic, and a new graphic novel series based on the stories of H.P. Lovecraft.”

Even with his larger mailing list, Andy says he wouldn't be able to create without the support of his friends and loved ones. As for the Mastermind? 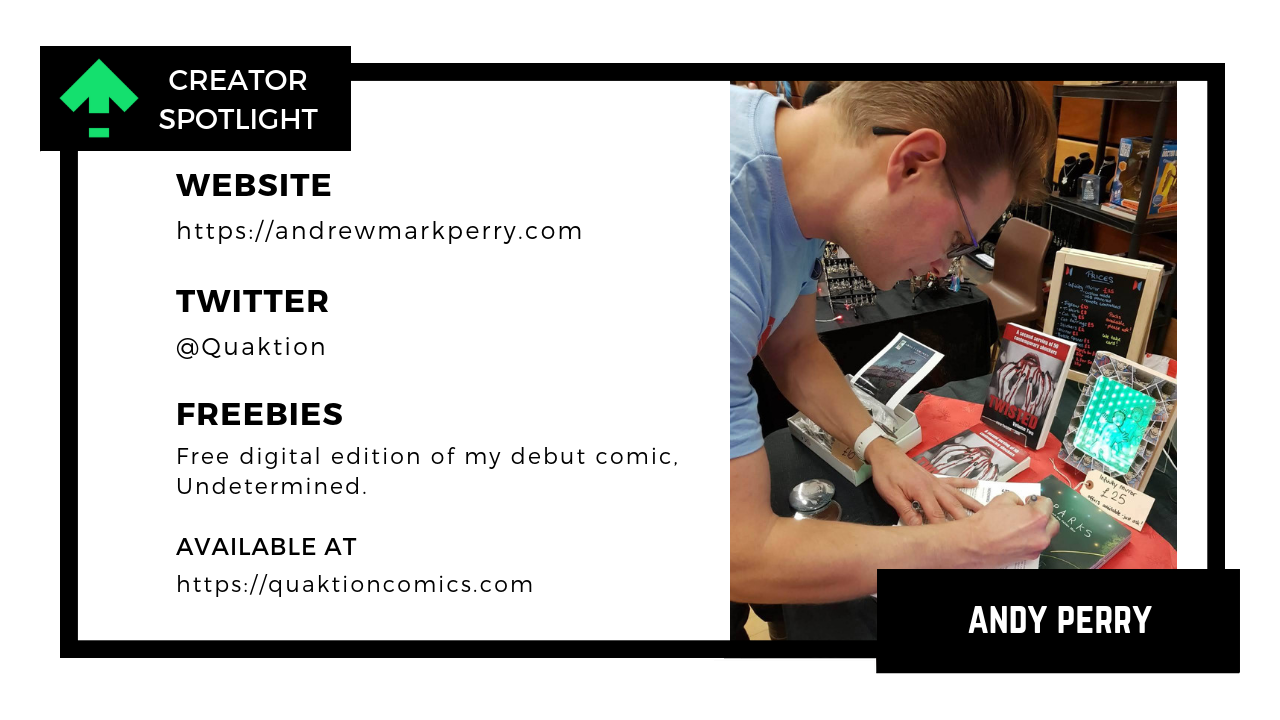 Would You Like to Learn the Strategies Andy and Other Talented Creators are Using to Take Your Launches to the Next Level?