Andrew Clemson was in a panic.

He’d added an “I’ll Write Your Comic” tier to his Kickstarter, and it was immediately picked up by a stranger. Now Andrew was worried about where his words would end up, and what kind of market it might be pushed to. He hadn’t anticipated the stress the tier would cause—or how much a hotly-contested presidential election in the U.S. would suck the oxygen out of his campaign.

As his Kickstarter for DAMSEL FROM D.I.S.T.R.E.S.S. entered its final 48 hours, he wondered:

“Did I make a huge mistake?”

Despite his concerns, Andrew had set himself up to do well with his latest campaign. In the lead-up to his launch, he conducted several podcast and website interviews. But the biggest needle-mover was cross promotion with other comic projects.

“I had a lot of creators reach out to me, which was lucky because they were often people doing much better than I was, and I’m certain I got more benefit than they did! But in terms of reaching out to others, I looked at the comics category and tried to find books that were doing well and also felt fit into the same potential readership as the DAMSEL backers. I didn't think backers of a lighthearted female led fantasy book would want to read super violent or risqué books, for example.”

By seeking out campaigns that not only fit in with his audience but could drive meaningful numbers to his project, Andrew ultimately raised $10K+ off of 585 backers, easily beating his previous high of $1500 and 100 backers.

There are many reasons for this, and cross-promotion is definitely one. But Andrew had a few other things going for him.

Starting with a unique advantage he had as a UK-based creator. 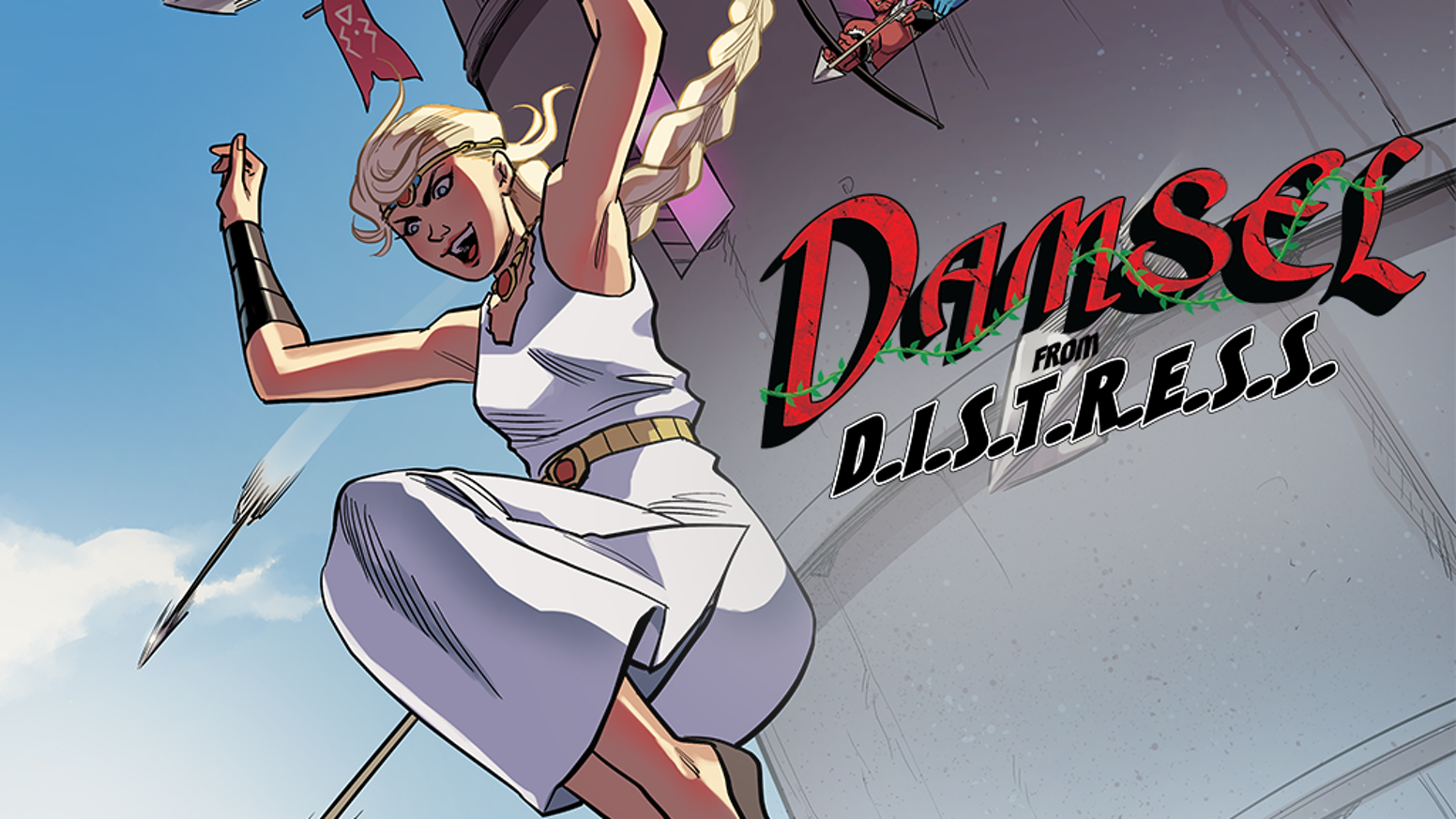 A Great Option For UK Creators Shipping Books To The U.S.

As any Kickstarter creator knows, shipping your books overseas is expensive, and Andrew was keen to cut down on his international shipping in order to remove a big barrier for American backers. His solution? Find a U.S.-based printer who would fulfill his campaign for him.

“I’m using Comic Impressions to print all my books, and they will be handling the domestic U.S. shipping. Shipping from the states to any other country seems to be insanely expensive, so I’ll be shipping all other backers' rewards from the UK. To put that into perspective, it was almost 3 times cheaper for me to ship from the UK to Canada than it was from the USA to Canada. Go figure.”

As a result, Andrew was able to more than halve his shipping costs for American backers, which resulted in a 3:1 U.S. to UK backer ratio, something Andrew hopes to build on moving forward. Unfortunately, Andrew isn’t aware of a similar option for U.S.-based creators shipping to the UK.

“I’m not aware of a service in the UK that does the same, but there could certainly be a gap in the market!”

The Problem of Kickstarter Trolls

Even with so much going right for Andrew, he still had to deal with the bane of any Kickstarter creator’s existence: Kickstarter Trolls.

“We had a handful of the higher tiers get snapped up in the first couple of days, only to cancel on the last day of the campaign. This caused a number of problems for us. First and foremost, it took some of the limited tiers away from backers who wanted them. It also meant that we found it difficult to judge where we really were compared to our target. At one point I had to just add around £750 to the target in my head, because I knew I couldn't rely on the number Kickstarter was showing me. I had one backer who pledged at £500 that had already cancelled on the last day of two of my friends’ campaigns, so I was certain I wouldn’t ever see that money, and unfortunately I was right! We also struggled to announce stretch goals, because we were pretty sure we were never really over the goal amount until it was almost time to announce the next one!”

Unfortunately, there’s not much you can do about trolls other than report them to Kickstarter and hope they get banned from the platform. But for Andrew, at least, the trolling had one upside.

That backer who snagged the “I’ll Write Your Comic Tier”? The one that caused Andrew so much stress?

It was a troll. 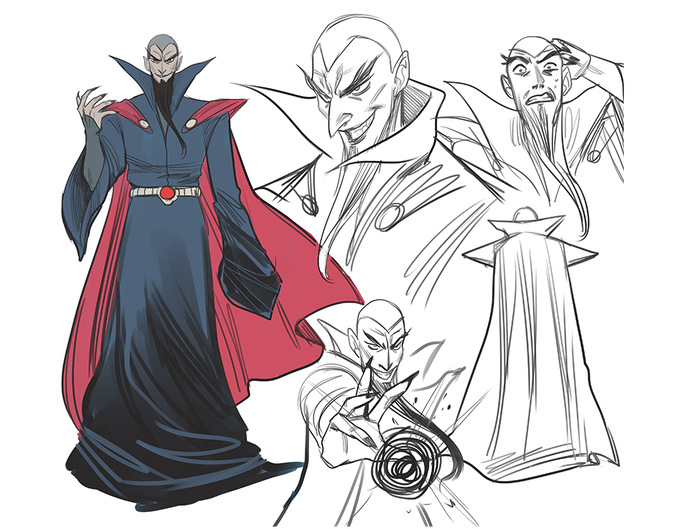 The Advantage of Kickstarter Over Traditional Publishing

Andrew had one more thing going for him this launch. His last campaign was in 2017, for issue two of his book STAR BASTARD. But since then, his own star had risen considerably.

“Both the campaigns I ran for that book were to sub-zero audiences. I had no ‘comics’ social media to speak of. Since then, STAR BASTARD was picked up and released through Scout Comics in 2019. We’ve had a pretty decent readership for the first six issues and TPB, so I can only assume that’s helped raise my profile a tiny bit. I’ve also been working on building relationships with other creators on Twitter and so on.”

While the publishing deal with Scout brought greater market awareness to his work, Andrew’s not ready to abandon the Kickstarter model just yet. As many other high-profile creators like Scott Snyder and Jeff Lemire have learned, when it comes to creator-owned comics, Kickstarter is the big payday. Andrew’s advice for indie creators looking for a publishing deal?

“Stay on Kickstarter until you have the work finished. The ability to pay your team before the book is sent out into the direct market is worth more than you can imagine.” 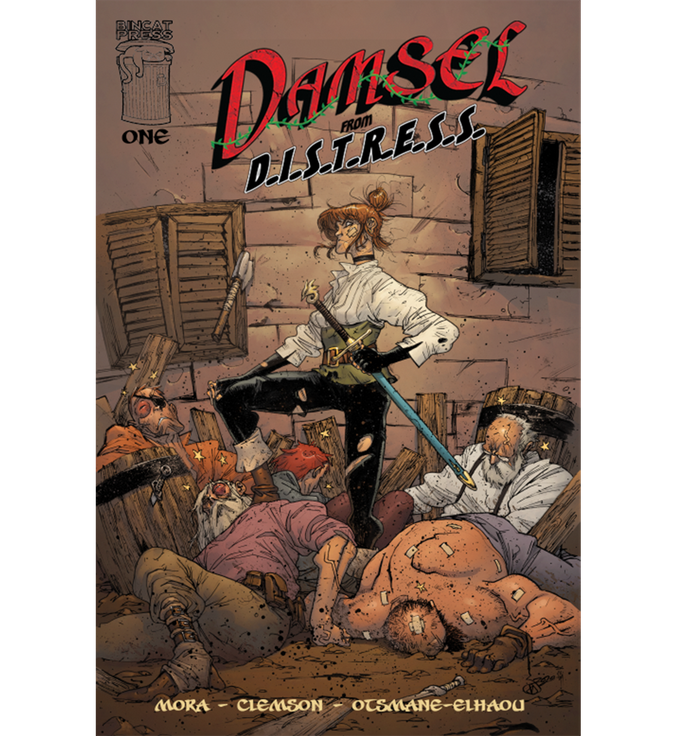 Andrew has a heavy slate of projects ahead of him, many of them already pre-signed to publishers.

"I have issues 2+3 of BETE NOIR launching in February and 4+5 in June, followed by DAMSEL issues 2+3 in April and 4+5 in September. The STAR BASTARD trade is available now from Scout and we're working on Volume 2."

With so much on his plate, Andrew credits ComixLaunch founder Tyler James with helping him to get this point.

“The community in general has been super informative and supportive. But to be honest, I’ve learned a tonne of stuff from the ComixLaunch podcast that would have taken me multiple problematic campaigns to learn on my own!”