She had completely sold out of her first two books, and now her third was close to funding on Kickstarter.

As she watched her backer count and funding total rise, she carefully crunched the numbers and made a surprising discovery:

If Abrian did everything right, she might have a way to fund a reprint of her previous two books…

How to Expand Your Fanbase Before and During a Kickstarter

Abrian’s first Kickstarter was a success, overfunding her modest goal by nearly 100%.

But for her second campaign, she knew she needed a bigger ask. That meant finding more backers--any way she could.

“The key to making so much more this time around…  [was that ] I tapped into a wider, unusual market. I made a fantasy comic that centered around weavers, so I brought it to the weaver’s guild, the local fine artists’ groups, etc. Any makers I could find, along with the usual method of telling everyone I met! You learn when you can worm it into a conversation.”

By thinking outside the box, Abrian was able to get her project in front of more people. She also credits the ComixLaunch Course for helping her attract more backers once the campaign went live:

“Because of the experience and training provided by ComixLaunch, my Kickstarter page was very effective. Coupled with an apparently great book, I got the honor of being a Project We Love on the Kickstarter platform, boosting my visibility. Though I recognized a good majority of the backer names that came in, the influx of strangers was fun to see!”

And as all her planning and outreach began to pay off, Abrian also saw an opportunity… 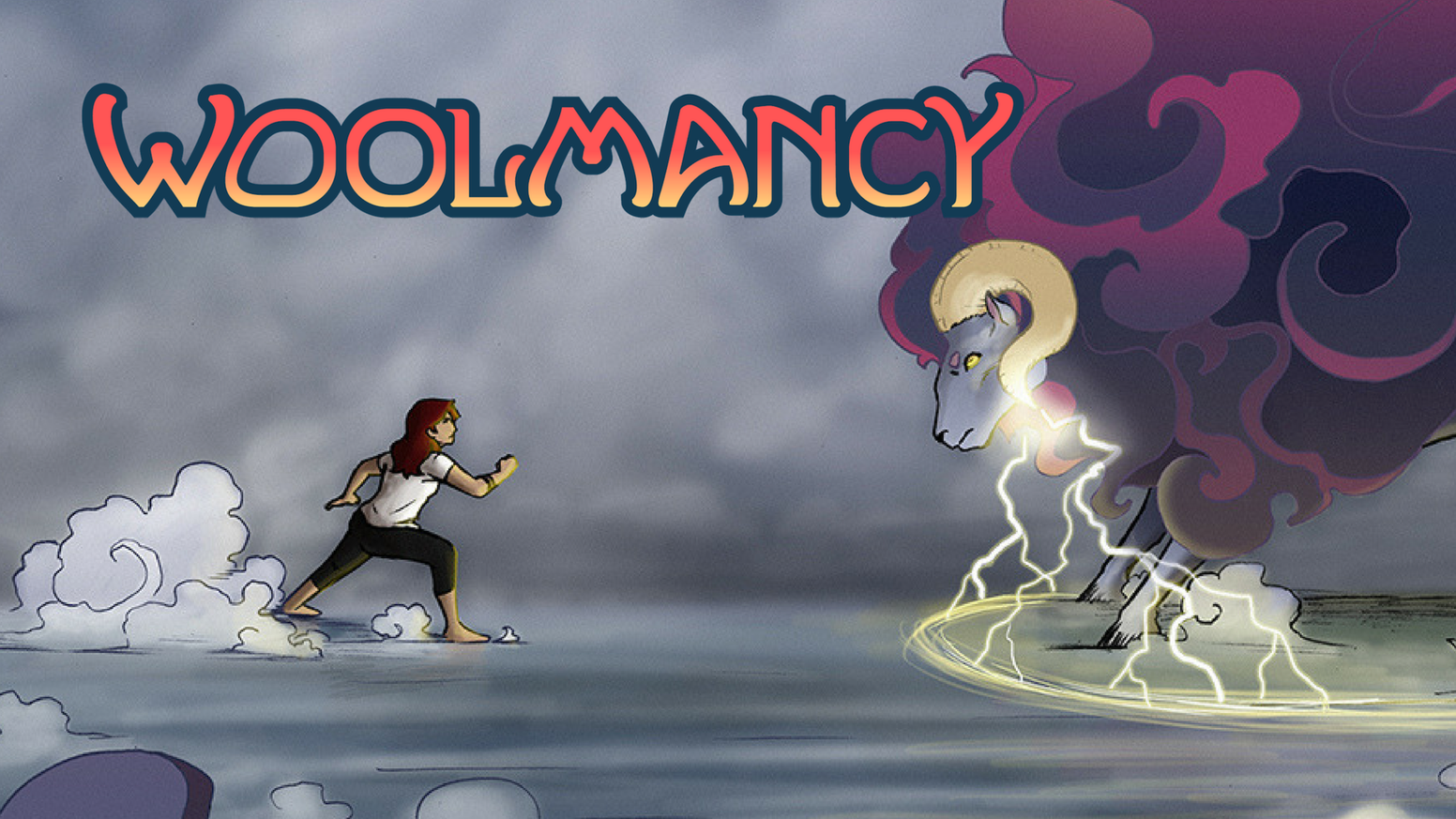 How Many Books Should I Print for my Comics Kickstarter?

Early on, Abrian gave herself some guidelines when ordering her comics:

“I have a strict policy of only printing what my fans can support, so I have yet to print a run big enough to make offset printing worth it…. The first time, I [funded the run] myself and just guessed. I did 20 books, with my own money, barely sold any (until my first Kickstarter where they sold out as an add-on. The power of crowdfunding marketing at play there).

“When I ran my first Kickstarter [for my second book, BELLMAGE], I calculated how many buyers I would likely convert, based on the size of my email list and social media, then priced out how many books I would need to cover that, and rounded to a nice number.

"ComixLaunch has put out a few different calculators that are very handy for this purpose. I came up with 50, and ran a campaign to fund that. By the end of the campaign, I’d overfunded, so I rounded up to 100 and ordered. I don’t do a ton of conventions, so those carried me for a year, until my next Kickstarter.”

And that’s when she saw the opportunity: With the unexpected influx of backers and dollars, Abrian gambled that her new audience might be interested in her previous books as well. 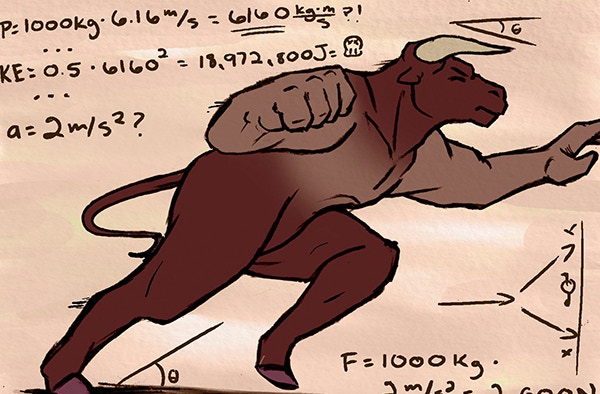 How to Use Stretch Goals on Kickstarter

Abrian got to working crunching the numbers, getting quotes for a run that--again--wouldn't be more than her audience could handle.

“For my reprint stretch goal, I got quotes for half of what I printed for the first runs (50 of each), from my current favorite printer, Mixam… and posted that once we hit that overfunding goal, I would reprint."

To her surprise, the goal worked better than expected.

"People actually upgraded from digital to physical levels, then added the books on top once they were available!”

As her existing backers upped their pledges, her funding totals rocketed higher.

A second Kickstarter that was FOUR TIMES more successful than her first. 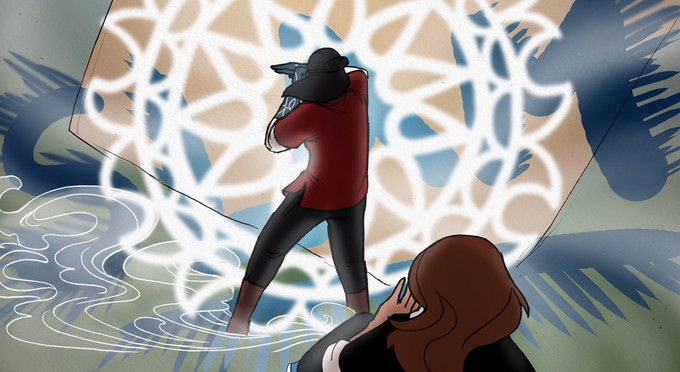 What to Do When Your Printer Goes AWOL

Not everything went so smoothly. Abrian says:

"Despite my many trainings, I have yet to make ads my big money-maker."

But her biggest frustration, by far, came AFTER the campaign succeeded.

“I’d decided to use a more mainstream printer this time, to be more ‘official’… Despite getting all of my printer quotes handled, the printer I chose decided to stop communicating and I had to wrangle them to get my project finished. Then they used the wrong files!”

Abrian credits a combination of persistence and politeness with getting the situation resolved.

“I contacted another printer, which was very promising, but the initial printer finally got back into gear and I just stayed with them. I contacted them once a week, very politely, to keep them focused on the fact that I needed them to get going. Once they used the wrong files, I persistently, politely contacted them again.”

Finally, with her books in hand, it was time to get on to fulfillment. 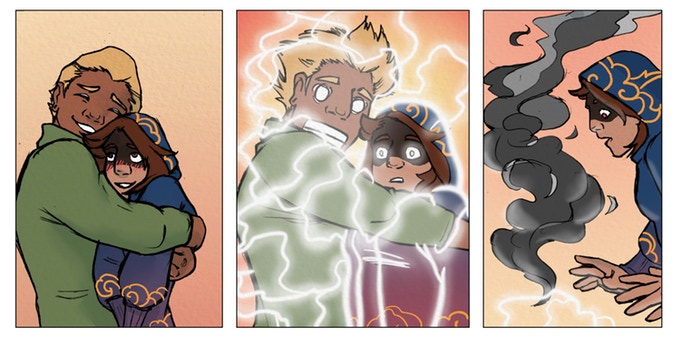 The success of WOOLMANCY has given Abrian a spring in her step. All of her books are now in print, she increased her funding by a factor of four, and her fanbase has grown. As a result:

“I added another level of confidence in the viability of my work, which makes me willing to try more experimental campaigns in the future.”

When I ask what those "experimental campaigns" might be, she says:

“I will be releasing a small map/travel journal project based on my upcoming artists' residency at sea, then back to my serialized visual story project!”

Abrian knows that adding complexity means there’ll be something new to figure out, logistically, on her next campaign.

But with a little outside-of-the-box thinking (and a lot of planning), Abrian’s more than up for the challenge.

Would You Like to Learn the Strategies Abrian and Other Talented Creators are Using to Take Your Launches to the Next Level?