Jack Holder had put in the work.

He’d been slowly building up his audience, Kickstarting books, and delivering on his promises. Now, with the launch of Legends of the Realm #1: The Floated Dream, he was having his best campaign yet.

And that's when he noticed something interesting.

A large number of backers were opting for digital rewards. And Jack couldn’t help but wonder:

“Can I get them to upgrade?”

How to Turbocharge Your Audience Building

Jack spent several years growing his audience. He focused his strategy on building out a robust email list, but it hasn’t always gone as fast as he’d like.

And when Covid hit, his job got even tougher as conventions shut down.

“A surefire way to build up a newsletter for burgeoning creators is a newsletter signup sheet [at your con table]. As we transition back into conventions, this helps immensely, as those who might not be able to buy at conventions will be able to do so later.”

Even without the boost of a good convention, Jack was able to find other ways to reach new readers. By participating in list-builder giveaways, he learned that a small investment could pay off big.

“Building up my email list has been a slow process that was supercharged by joining book giveaways run by Russell Nohelty. A small amount of giveaways, maybe $100 worth of content and promotion, can bring massive dividends.” 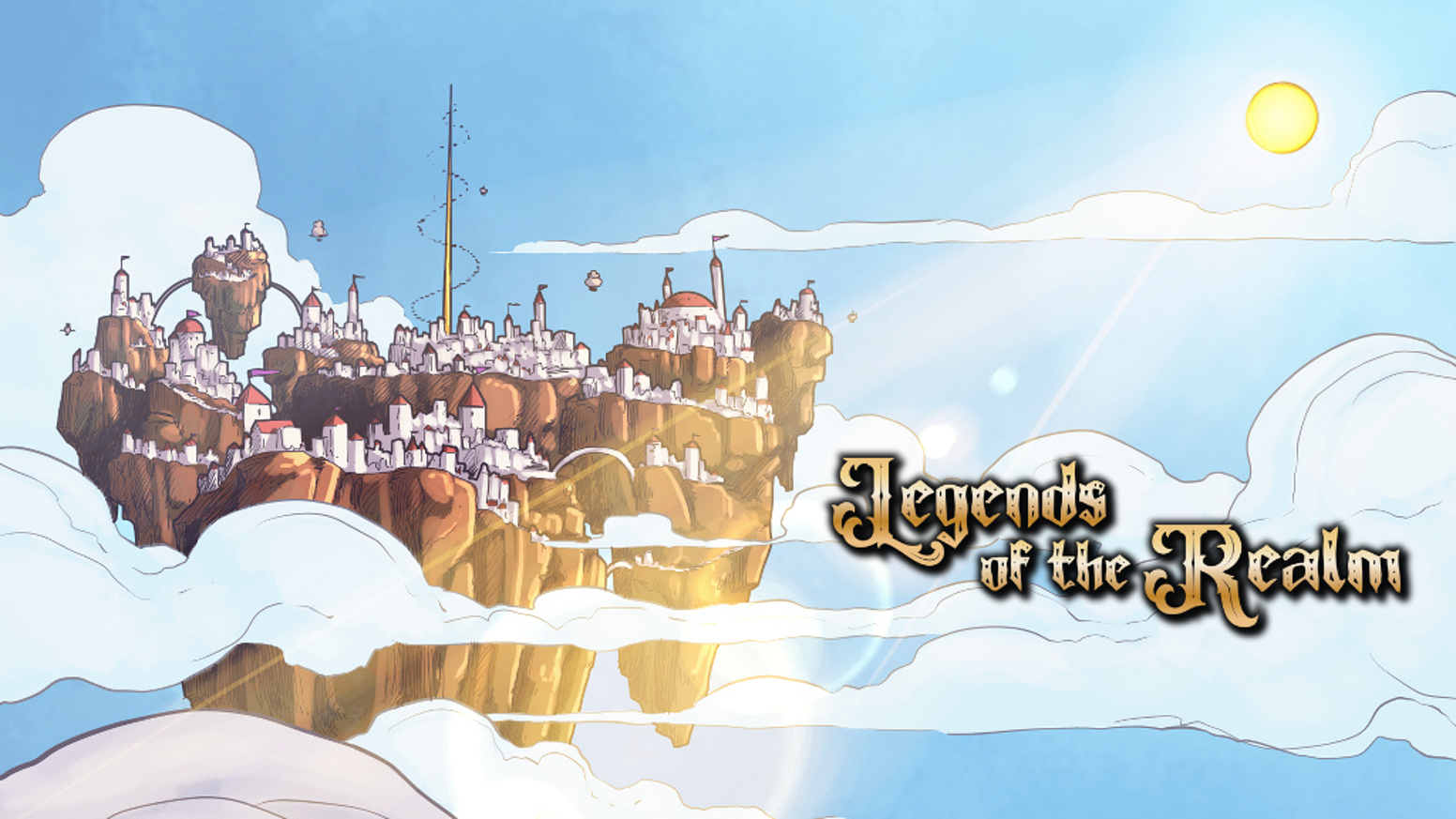 Start Small and Grow From There

Besides growing an email list as quickly as you can, Jack offers this piece of advice for newer creators:

“As you’re starting out on Kickstarter, make projects that are self-contained, even if they can be continued. You are developing marketing tools and developing your voice and audience. Further, you are also finding your cadre of artistic comrades who you want to work with again and again. These take time, trial, and error.”

Plenty of creators have made the mistake of biting off more than they can chew. Working on smaller projects allows you time to hone your craft and show your audience that you're someone who finishes what they start.

“The worst thing you can do as a new creator is try and bring a full series to life that you are unable to complete. Take your time, develop your series in the background, and enjoy the journey. Remember, this is supposed to be rewarding both financially and spiritually.”

Or, as Aesop says, “Slow and steady wins the race.” 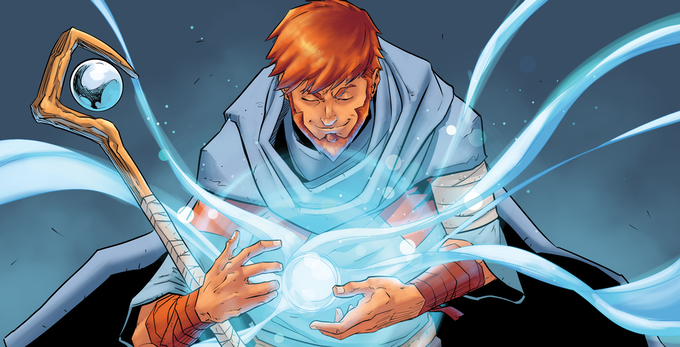 The Beauty of Digital Rewards on Kickstarter

With a track record of Kickstarter success behind him, Jack set his sights on running a bigger campaign with Legends of the Realm #1: The Floated Dream. One major difference this time around? Expanding his digital options.

“Digital add-ons have been a game-changer. With current international shipping rates being so high, people were able to get more books, with little upfront costs to myself and the audience.”

As a result, Jack had 84 backers at a digital reward level. That was money directly in his pocket, and fulfilling these rewards was as easy as pressing a button.

“I’ve started to make a file in a Google Drive that holds my entire body of works. Complete with selling description, contributors, and publication date. This makes doing add-ons campaign after campaign remarkably easy. For delivery of digital rewards, PDFs are preferred.”

Still, Jack found the prospect of convincing those digital backers to upgrade too tantalizing to resist. 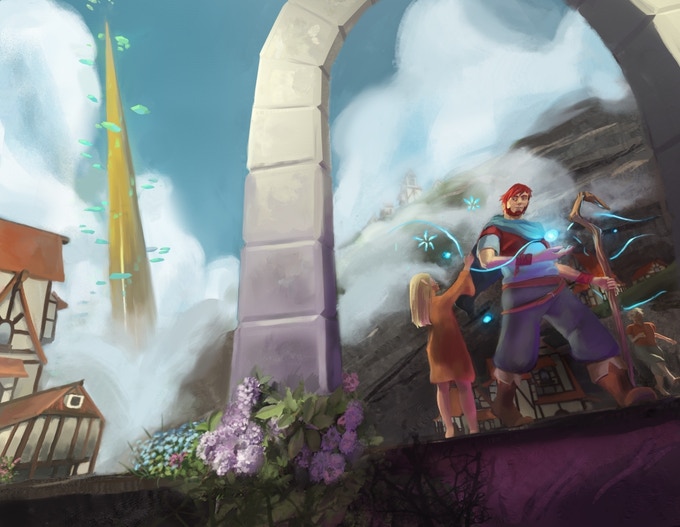 Audience Engagement Can Lead to Upgrades on Kickstarter

Jack did the math and quickly realized that if he could get his digital backers to upgrade to physical copies, he'd gain almost half a grand in funding. So he made a concerted effort to convince at least some of them to spend more money on physical tiers.

“What helped get people to upgrade to higher pledge levels was the engagement with people. I had a daily flash fiction game, which had nearly daily updates talking with backers about the campaign.”

Jack understands that buyers are tempted by what they see every day. By regularly putting out updates showcasing his available rewards, he was able to entice a few lower-tier backers to spring for more.

But for all his effort, Jack learned a tough truth about Kickstarter: moving someone from a purely digital level to a physical tier is difficult.

“At the low digital reward level, most people were committed to the low level.”

Even without massive upgrades, Legends of the Realm #1: The Floated Dream was his biggest campaign yet in terms of backers, reaching 60 more readers than his previous best campaign. 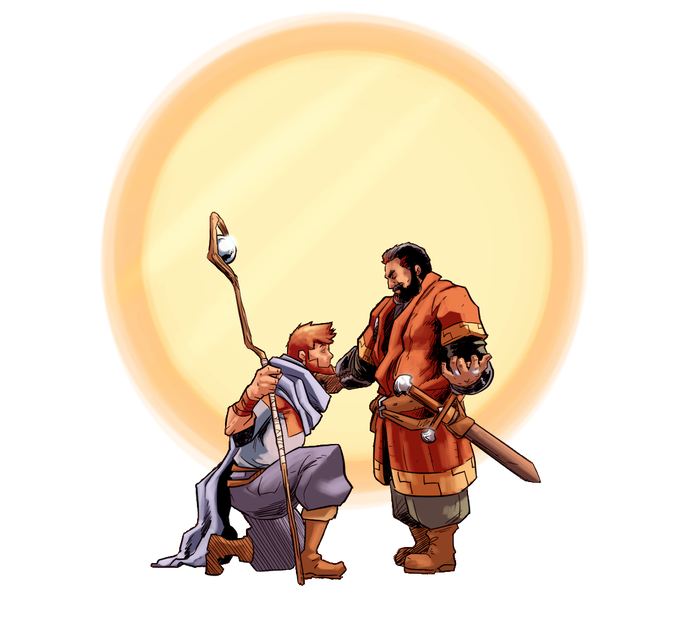 Your Attitude Determines Your Altitude

Jack credits his success on Kickstarter to one thing in particular:

“Honestly, being a nice person. Showing your excitement and sympathy for fellow creators is an unfortunate rarity. But being nice helps get artists invested in you and want to work with you. It helps get you noticed for running anthologies. And it makes people at conventions want to buy your books.”

Kickstarter is a community, and like most communities, what you put out is what you’ll get back. No one wants to deal with a jerk, no matter how talented they are.

And that’s not just true in comics. It’s a philosophy Jack carries with him everywhere.

Besides fulfillment, Jack is turning his attention to the next issue of Legends of the Realm, titled Set in Stone, and bringing new prose books to life. He’ll continue his slow and steady rollout of new projects while continuing all the good habits that got him where he is now.

In the end, we bet Jack will prove that nice guys do finish first.

Would You Like to Learn the Strategies Jack and Other Talented Creators are Using to Take Your Launches to the Next Level?