Rob Multari didn’t have an audience.

His first crack at Kickstarter had just failed, and the realization was beginning to sink in: setting a $20,000 goal without a built-in fanbase might have been a little naive.

But Rob is a finisher. He picked himself up from that failed launch more determined than ever to get his work out into the world.

The question now was: how?

How to Turn Kickstarter Failure into Comic Convention Success

In the aftermath of the campaign, Rob made the tough call to keep paying his artists out of his own pocket. Once Night Wolf #1 was complete, he once again dug deep and funded a print run himself. This felt like a big victory… except for one glaring problem:

“I still didn’t have an audience to buy it…That’s when I decided to get a table at my local comic con, which is the Steel City Comic Con in Monroeville, PA (a suburb of Pittsburgh). There I sold almost 100 copies of Night Wolf Issue 1, as well as some character prints and posters that I had to fill my table.”

From that first success, Rob branched out into other cons, sometimes driving as many as six hours in order to table for the weekend. Rob honed his pitch, and each con was more successful than the last.

“However, my online sales were still insignificant, and I had a pretty good idea why this was the case. At comic cons, I have a [captive] audience and all I have to do is say, ‘Hi,’ and give them my spiel. At that time, I had a small social following, but they were pretty unengaged save a few followers. So my conundrum was, how can I interact and build an audience online to be as successful as I was at comic cons?” 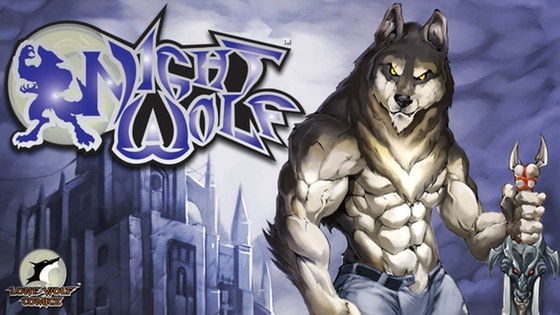 How to Build an Audience Online for Your Indie Comic Book

First, Rob tried Facebook ads. But with no real understanding of how to target them, his promotional spend flopped.

Then one day, something caught his attention.

“I’ve been following the ComixLaunch Podcast since my first Kickstarter, but I hadn’t really been paying attention to it, since I had no plans to run another Kickstarter anytime soon. However, back in December 2018 I saw that Tyler was running one of his free ComixLaunch onboarding sessions, which covered email list building and Facebook ads. My ears perked.”

Rob quickly signed up for the ComixLaunch Pro courses and plowed through the training. Using what he learned inside, he created a landing page with an automated welcome series, offering a free copy of Night Wolf Issue 1 as incentive to sign up for his email list. He also took his iPad to all of the comic cons he was attending and used the Mailchimp app for easy signups. Viral giveaways and a now-successful Facebook ad rounded out his strategies.

“Between all these tactics I was able to build my email list up to 500 signups within six months.”

Now he had to get them excited for a new Kickstarter launch.

How to Prep Your Audience for a Kickstarter Launch

The next few months were filled with continual list growth and keeping his audience—which Rob calls his “Wolf Pack”—engaged through comic cons, email, and social media.

“I talked constantly about launching a Kickstarter for my Night Wolf Issue 3.... In between interesting background info in my emails, I would update my email members with sneak peeks of new pages and where my artists were in the process. Socially, I played with a few things like more conversational posts, live videos, comic con appearance photos, and social proof content from fans. Right before my launch I started a countdown to going live using great images of the variant cover art from all three issues of Night Wolf.”

Would all his hard work pay off?

How to Keep the Excitement Going After a Strong Launch

He didn’t have to wait long to find the answer.

Rob's re-tooled campaign for Night Wolf funded after a week. And with almost a full month still left on the clock, he needed a way to keep the excitement going.

"People still backed them even though they couldn’t see what the actual cover was, because everyone loves a good mystery. It also worked because my artist produced awesome covers that were worth the unveiling."

Rob used the same strategy for his milestone bonuses and stretch goals. And with a good mix of low and high-dollar reward tiers, Rob kept his average pledge level above $30.

He also tried some unique strategies for his marketing campaign. 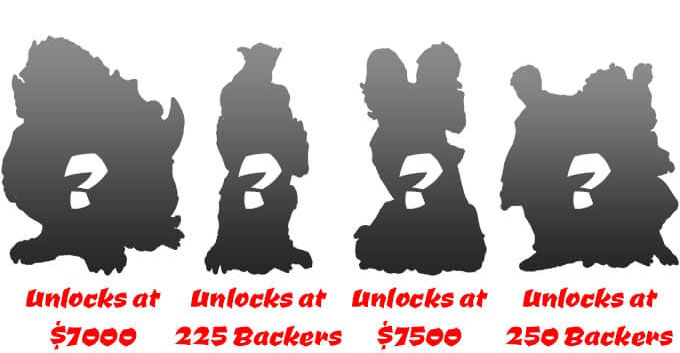 How to Market Your Comic Book Kickstarter Campaign

Rob joined several Facebook groups, where he could engage with potential fans. Not all of his efforts worked—in fact, one group outright denied his request to post a project link.

But Rob kept trying new strategies, including some things that didn't guarantee immediate results. One example: sponsoring the ComixLaunch podcast.

"It’s hard to say how much I can attribute as ROI [Return on Investment], because there are no tracking metrics. For me, the sponsorship is more about building brand recognition, because those two podcasts will be played over and over, even after my campaign is finished."

But Rob’s best marketing strategy goes back to that first step he took in late 2018.

“I think the best marketing strategy was to continually beat the drum…through my email list, through both my past and current Kickstarter updates, and through social media.

"Socially, I focus on Facebook, Instagram, Twitter, and DeviantArt.... I got my followers commenting on which covers they like more and taking guesses on which reward would unlock first... Basically, I constantly posted content trying to stay relevant and top of mind.”

In the end, all of Rob’s audience-building paid off. He finished his first successful campaign having raised more than $7,000 off the strength of more than 200 backers.

Not bad for someone who started with no email list and an unsuccessful campaign. 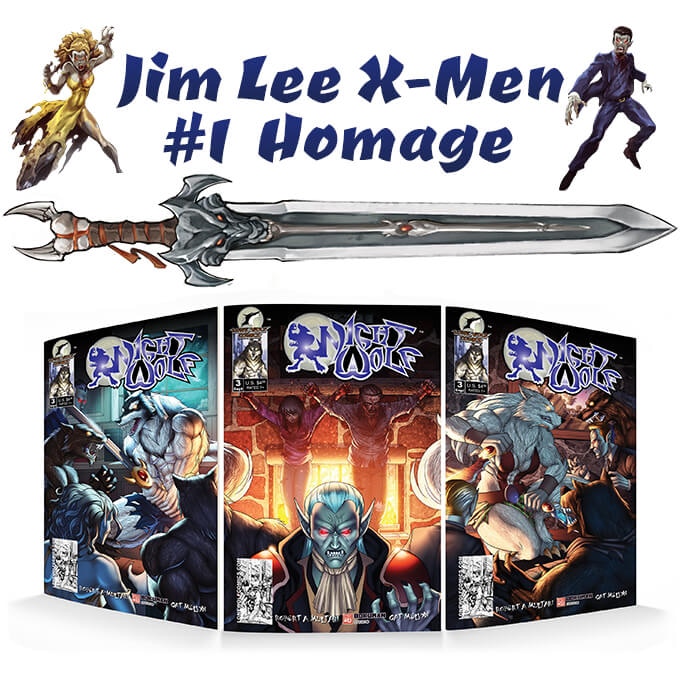 The success of the Night Wolf 1-3 campaign helped Rob grow his audience and professional network. It has also given him the confidence to continue growing and advancing in his creative career.

Next, his biggest challenges are making comic con appearances and distribution to retailers outside his driving radius. Of course, once he fulfills his orders for Night Wolf Issue 3, it’s onto issue 4 for another Kickstarter in mid-2020.

And if he could give any advice to the Rob of five years ago?

“I would tell myself to have the first issue completely done before attempting a Kickstarter, start learning how to build an audience from Tyler’s trainings as soon as possible, and set a $5,000 goal instead of $20K... Basically, I wish I could have done everything I [ultimately did], but five years earlier.”

Would You Like to Learn the Strategies Rob and Other Talented Creators are Using to Take Your Launches to the Next Level?