How Colin Devonshire Raised More than $8,000 in His First Comics Kickstarter Campaign

His pitch for BY THE TIME I GET TO DALLAS was going nowhere fast. The lack of response from publishers was taking a mental toll, and it would have been all too easy to throw in the towel.

But Colin knew he had a good book. And he was confident he could put together a professional product if given the chance.

So he decided to bet on himself and turn to the fastest-rising star in the comics publishing game:

What to do Before Launching on Kickstarter

Colin self-funded all of the art production for the book, putting a lot of skin in the game. Taking a “tortoise” approach, he worked hard until he felt his book was ready. Meanwhile, he joined the broader Kickstarter community—starting with ComixLaunch. There, he found a supportive environment that also challenged him.

“[ComixLaunch member] Mike Penick and I disagreed a lot about pricing and the overall philosophy of crowdfunding I think, but our excellent discussions were helpful in making me think about my approach and adjust it a bit to have some lower price rewards and a range of options for people… The community as a whole has been amazing.”

It was through this kind of feedback from experienced creators that he honed his sales pitch. Along the way, Colin decided to keep his campaign simple.

“I did no milestones or stretch goals. I just wanted a clean message about the book and didn’t want to confuse it with extra bells and whistles. I knew most of my core audience are not really comics fans and were new to crowdfunding, and I thought loading them down with all these additional things might backfire and turn people off.”

With his product finished and his Kickstarter page complete, you might think Colin was ready to hit the launch button.

But there was one more thing he needed to do. 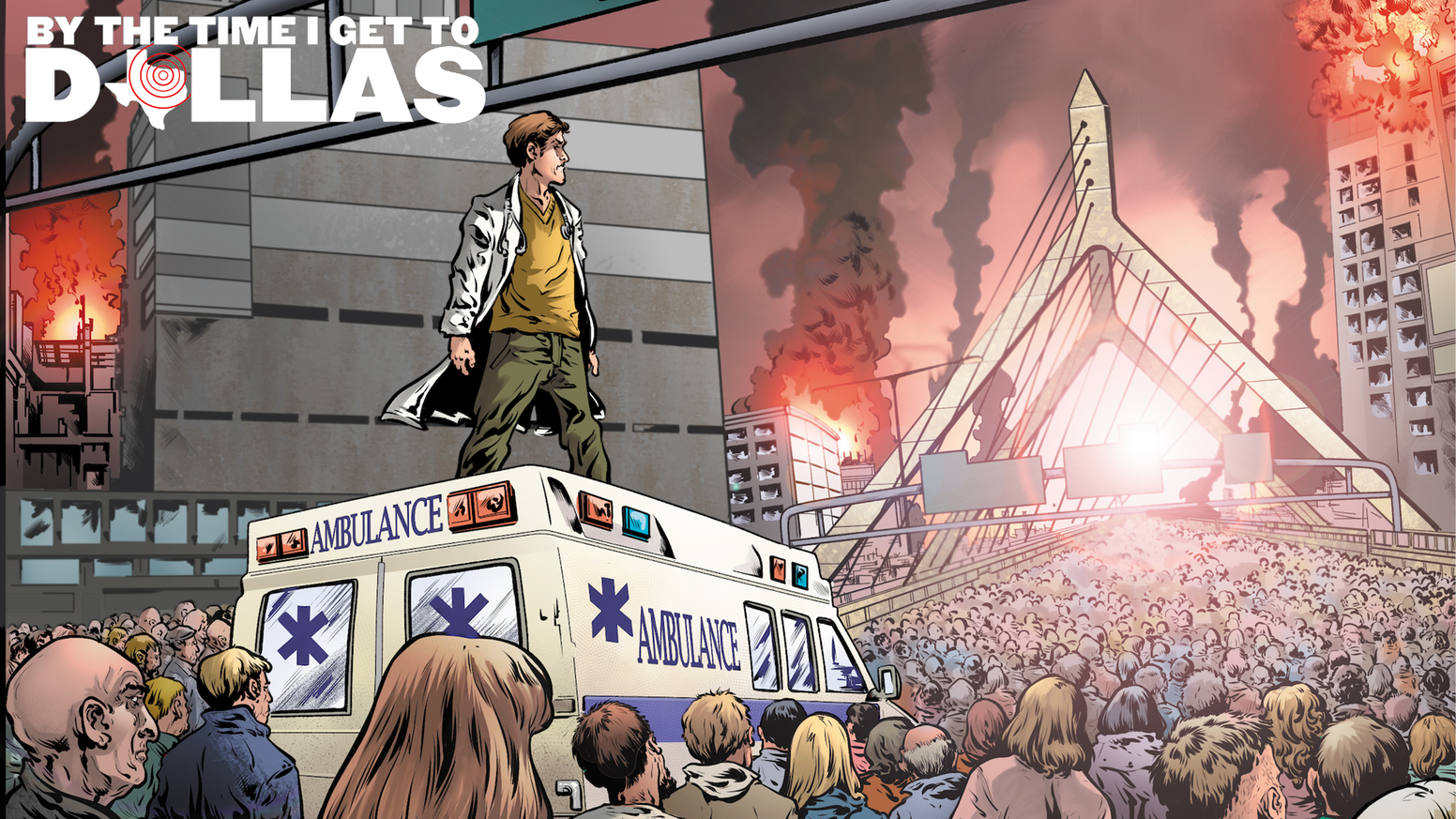 How to Prep your Audience for a Kickstarter Launch

Colin knew that unless his audience was ready to back, all of his preparation would mean nothing.

“One week before my launch I had an email list of 150 people, most of whom I knew personally, and in that last week I reached out to at least 100 of them personally or in a small batches by text, email, FB messenger or face to face… I really wanted it to be a personal approach with the goal of having my ‘core 100’ connected to me directly, not through the more broad email blast. I let them know we’d be launching and that a strong start was really important.”

He also tailored certain high end rewards—like a cameo in the book—to the wants of some specific friends, lining them up to jump in early.  Colin knew that if he could get some of the high-end rewards to go on day one, that would drive up his funding totals fast.

Finally, he took a “soft launch” approach, going live twelve hours ahead of the announced time, on a Sunday afternoon.

Until that point, Colin wasn’t sure how things would go.

“I thought there was a chance the whole thing might just fall flat that first day, that no one would actually give a damn… [I] let the closest of my core 100, maybe 40 people, know by text right away [that we had launched]. It almost worked too well, we were funded in seven hours and most of the high end rewards were gone before I could even let my email list know we had launched… I had at least 80 backers in the first 24 hours, which was more than I had projected for the whole campaign.”

With his campaign off to a fast start, now Colin needed to expand his base. 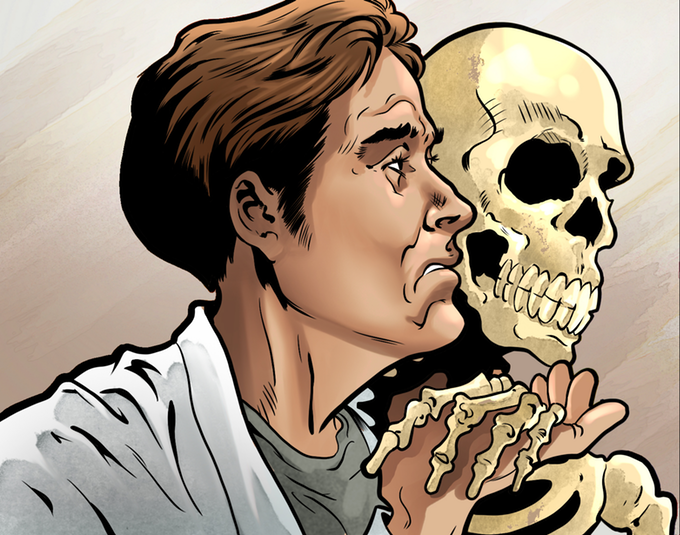 How to Expand your Audience during a Kickstarter Campaign

Colin took a hands-on approach to marketing during the campaign.

“The most important thing I did was send a personal message to every backer as soon as I could... to thank them, ask how they found the project and what pushed them to back, and finally I included a pretty link and asked them share with one or two friends they thought might like it. (Notice, I didn’t just ask them to share, I gave a link in the body of the message, and I asked them to share with one or two specific people.)”

“[I] did a bit of cross promotion with projects I liked, namely Tim Larsen’s Mayfield 8…. I wanted to write something personal and original in my endorsement for a project I really liked.”

This one-on-one approach was a lot of work, but it forged a deeper connection with this backers and gave Colin valuable market research. He says he personally found the approach satisfying, even if it’s not scalable to larger projects.

“Hopefully I’ve built an audience that can help sustain this project through future books, and maybe some day I’ll be big enough that the personal approach won’t be necessary, but it seems like, if you’re just starting out, there’s no excuse not to work the phones/text/email with the people who already know you best.”

His next strategy was to maximize Social Media. 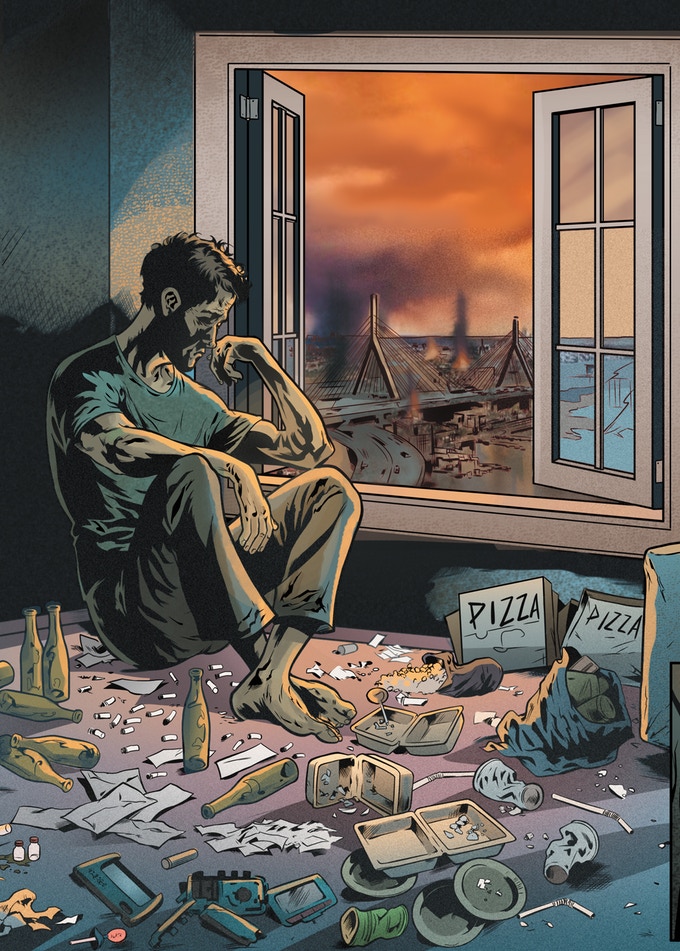 What to post on Social Media during a Kickstarter Campaign

Rather than learn multiple platforms at once, Colin decided once again to keep it simple.

“I don’t tweet, I barely do Instagram, I focus on FB cause I like the 'get good at one platform' advice. I wanted to do some FB live stuff but just couldn’t get there.”

Even with his "one platform" strategy, it wasn’t always easy. At times, Colin struggled with what to post.

“[L]earning to promote myself in a way that I could enjoy was hard at times. Some days I just didn't want to talk about me, or the book, or anything. So I posted a picture of my cat once, and people liked it. After that, I stopped taking it quite so seriously. I stopped worrying I was bugging people.

“I posted on FB daily for the first week, then slowed down in the middle. Most of my posts mention the KS but I did do some others, like some music related posts, and some cross promotion, as a way of just keeping my feed active, but cleansing the palate from the comic book thing.”

By mixing it up, Colin kept the posts interesting to himself—and his audience.

It was a strategy he'd use again elsewhere.

“I really tried to focus on making the campaign an experience that my backers and I were going through together. Many of them were first time backers and I was a first time creator, so I tried to write my posts with a ‘we’re all in this together’ mentality. It helped that we funded so fast, so that I could write from a position of thankfulness rather than desperation.”

As a result, Colin didn't sweat about the results of his efforts.

“If they want to read my update email, awesome, if not, I understand, life is busy, maybe they'll read the next one. But if you enjoy writing the email, it will come through in your voice, and hopefully your audience picks up on it and enjoys being part of your story, rather than just seeing everything from you as boilerplate marketing copy.”

All of his efforts paid off: When the campaign finally wrapped, Colin had tripled both his projected backer count and funding amount. Not bad for a first campaign.

But the work wasn’t over yet.

The project won't be real until he gets it into his backers' hands.

“Completing and printing my first comic and fulfilling my first campaign are, of course, daunting but exciting challenges. But the idea of going back to the beginning to produce the next book in the series, that will be a little hard to rev up for, now that I know just how much work the KS thing is. But at least I know the process works. And it will really help knowing there is an audience waiting to read the next part of the story.”

He also hopes to make time for other pursuits, like picking up his guitar.

“I haven't played for a few months while KS was taking all my free time, and my band is going to be pissed.”

Would You Like to Learn the Strategies Colin and Other Talented Creators are Using to Take Your Launches to the Next Level?